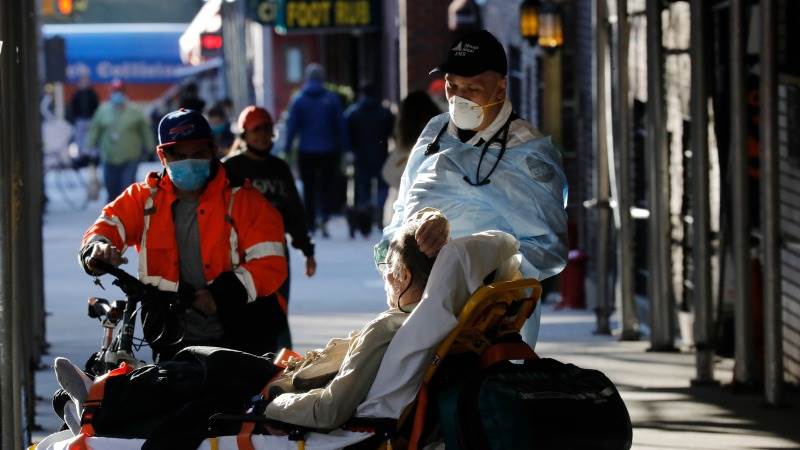 WASHINGTON, July 24 (Xinhua) -- The U.S. Centers for Disease Control and Prevention reported 72,219 new COVID-19 cases on Friday, as hospitalization data in the United States grew at an alarming rate this week.

"Hospitalization data was highly erratic this week, but what we did see is alarming," said a new report of The COVID Tracking Project.

Deaths are rising three weeks behind cases, which suggests a very difficult few weeks ahead for the United States, according to the report.

U.S. states and territories reported 5.5 million COVID-19 tests this week and discovered about 468,000 new cases, according to the report.

The week-over-week rise in newly discovered cases of COVID-19 is more modest this week than it has been for the past four weeks. However, national testing growth has also slowed.

"The slowdown in new cases is probably in part a reflection of a slowdown in testing growth," according to the report.

Now the number of hospitalized patients is approaching the peak that metric reached in mid-April, during the height of the Northeast outbreak.

Back then, New York and New Jersey alone represented 45 percent of the hospitalizations. Currently, Texas, Florida, and California are home to roughly half of the total number of COVID-19 patients, according to the report.

More than 4,073,000 COVID-19 cases have been reported in the United States with the fatalities surpassing 144,700 as of Friday afternoon, according to a tally by Johns Hopkins University.