The United States is experiencing an unprecedented surge of COVID-19 hospitalizations as over 61,000 hospitalized cases have been reported currently across the country, according to the latest data of The COVID Tracking Project. 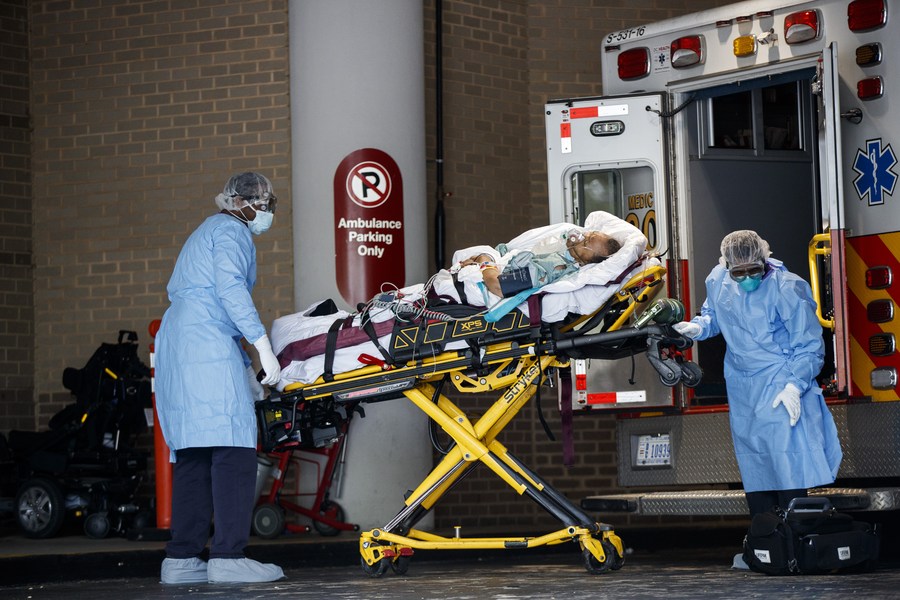 The number has set a new record for COVID-19 hospitalizations since the onset of the pandemic in the country.

The grim milestone in hospitalizations may suggest a surge in deaths in the days or weeks to come.

There are 40 percent more people hospitalized with COVID-19 than there were two weeks ago, data show.

A total of 17 states were at their peaks for hospitalizations as of Tuesday, according to the tracking project. Hospitals are on the brink of being overwhelmed in states including Iowa, Kansas, Minnesota, Missouri, Montana, North Dakota, Texas, Utah, and Wisconsin.

The current wave of COVID-19 infections stretches across the whole country, and hospitalizations are rising in every region. Hospitalizations per capita in the Midwest have now outpaced the peak over the summer in the South, according to the tracking project.

"The new hospitalization record underscores that we've entered the worst period for the pandemic since the original outbreak in the Northeast," the project said.

Experts and local health officials warn that healthcare systems in many states will be dangerously stressed if cases continue to rise.

Besides hospitalizations, daily cases and deaths are also skyrocketing. The seven-day average daily case count rose to a record-high of 109,663, according to the latest data of the U.S. Centers for Disease Control and Prevention.

It marks the seventh straight day that the country has reported over 100,000 new infections.

The tracking project reported a 1,347 daily death count on Tuesday, which is the highest since Aug. 19, pushing the seven-day average up to nearly 1,000.

The United States has recorded more than 10.27 million confirmed COVID-19 cases and over 240,000 deaths as of Wednesday noon, according to the real-time count kept by Johns Hopkins University.