NEW YORK, Aug. 16 (Xinhua) -- The hasty withdrawal of U.S. troops and the rapid unravelling of Afghanistan have made America's allies and others further doubt its credibility, according to a Friday report in The New York Times. 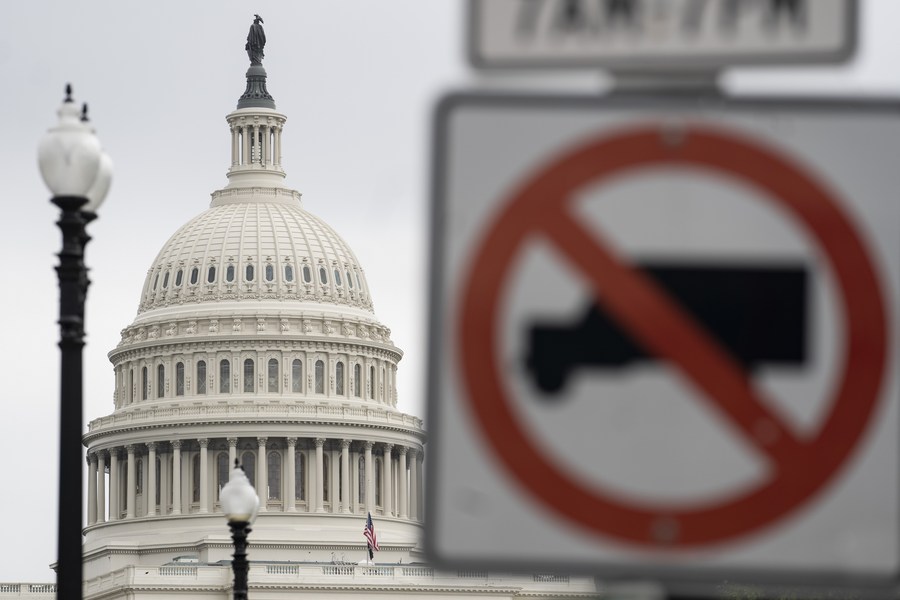 Photo taken on May 28, 2021 shows the U.S. Capitol building behind a traffic sign in Washington, D.C., the United States. (Xinhua/Liu Jie)

The retreat of U.S. troops from Afghanistan has heightened the sense that "America's backing for its allies is not unlimited," said the report.

It is "bound to sow doubts" as some of America's allies in Europe and Asia wished that the current U.S. administration "would reestablish America's firm presence in international affairs," it said.

The issue for America's allies and others, though, is less "credibility," a much misused term, than ability to see commitments through to the end, the report quoted former French diplomat Jean-Marie Guehenno as saying.

"The military debacle of Afghanistan, coming after the diplomatic debacle of Syria, will make Western nations more inward-looking, cynical and nationalist, as they feel surrounded by a world that they don't control, but keeps intruding," he said.