WORLD US cruise ships could sail again by July: CDC

US cruise ships could sail again by July: CDC 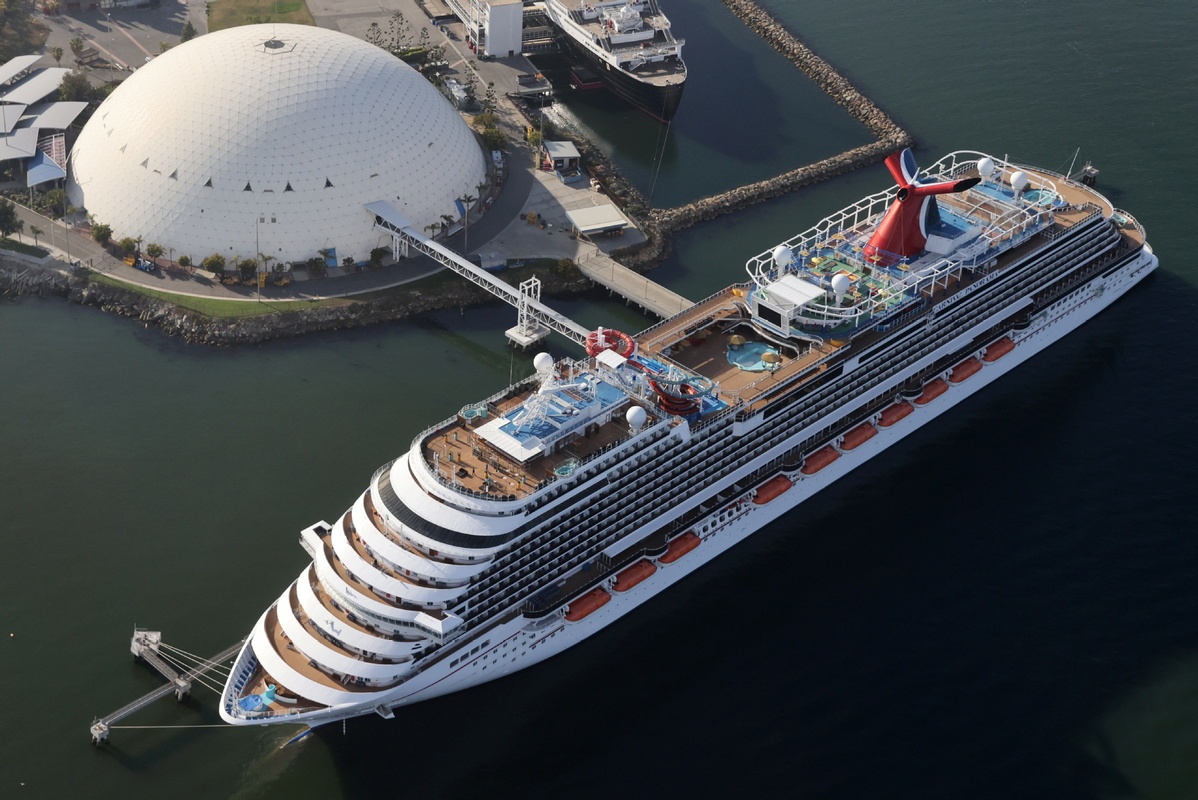 A Carnival cruise ship is docked, amid the coronavirus disease (COVID-19) pandemic, in Long Beach, California, US, April 7, 2021. (Photo: Agencies)

MIAMI - Cruise ships may be able to resume sailing from ports in Florida in mid-July after being shut down for over a year by the coronavirus pandemic, according to new guidelines from US health authorities.

The US Centers for Disease Control (CDC) informed cruise companies on Wednesday of the requirements they would need to meet to begin sailing again.

At least 98 percent of the crew and 95 percent of passengers will need to be fully vaccinated against Covid-19, according to the letter obtained by AFP on Thursday.

"Ships may now bypass simulated voyages and move directly to open water sailing with passengers if a ship attests that 98 percent of its crew and 95 percent of its passengers are fully vaccinated," the CDC said.

Cruise lines were asked to submit their plans "as soon as possible to maintain the timeline of passenger voyages by mid-July."

The multi-billion dollar cruise industry employs thousands of people in Florida and is critical to a state that relies largely on tourism.

The three largest cruise lines in the world -- Norwegian, Carnival and Royal Caribbean -- run operations out of south Florida.

Norwegian announced on April 5 that it would require proof of vaccination for passengers and crew in the hope that the CDC would lift the sailing ban in July.

A Norwegian spokesman said the company "is encouraged by the ongoing constructive dialogue (with the CDC) that resulted in recent meaningful modifications to previously issued technical guidelines and the incorporation of vaccines."

Jonathan Fishman, a Royal Caribbean spokesman, said the company was encouraged "that we now see a pathway to a healthy and achievable return to service."

A Carnival spokesperson said the company is still reviewing the new CDC guidelines.

Cruise operations were suspended on March 14, 2020 when the CDC issued a "no sail order" to prevent the further spread of the coronavirus.

Several ships had already had deadly outbreaks on board.

Some cruise ships resumed operations in Europe and elsewhere last year but the ban remained in place in the United States.

The CDC issued a roadmap in October for cruise ships to resume operations and updated it in April.

Didier Arino, head of the Protourisme consulting firm in Paris, told AFP this month that the pandemic has caused $48.3 billion in losses to the cruise industry and he doesn't expect it to resume normal activity until 2025.