WORLD US death toll over 100, with case in every state

US death toll over 100, with case in every state

The death toll in the US from the new coronavirus passed the 100 mark on Tuesday after Washington state reported six new fatalities, bringing the country’s total to 103. 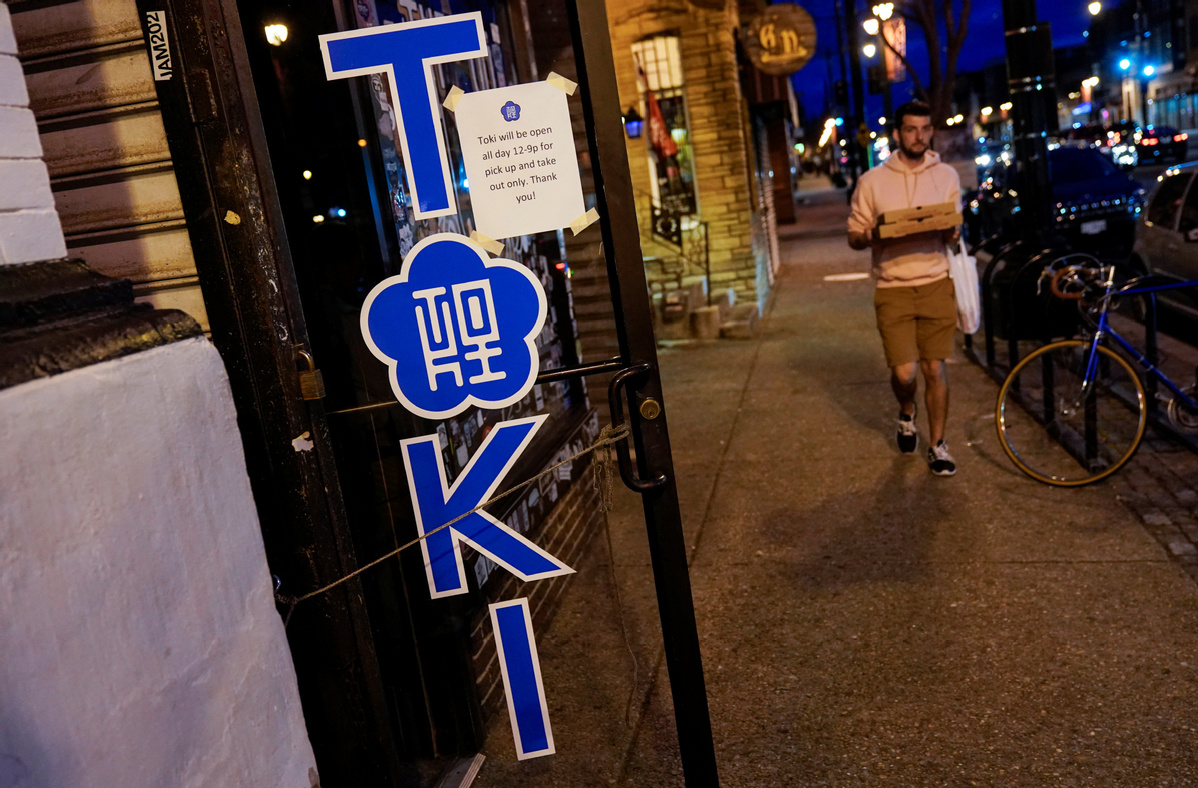 A man carries a take away order on H Street after the city ordered restaurants to only make food for delivery or pickup due to the global coronavirus disease (COVID-19) outbreak in Washington, US, March 17, 2020. (Photo: Agencies)

Washington leads the nation in deaths, with 54. Thirty of those deaths were connected with a nursing home in a Seattle suburb.

New York on Tuesday reported more confirmed cases than Washington state for the first time. New York has topped 1,300 cases, while Washington was just over 1,000.

Kansas Gov. Laura Kelly has closed all K-12 schools through the end of the semester, moving instruction online as the state responds to the coronavirus pandemic.

Kelly's announcement Tuesday afternoon came as several school districts already had extended spring breaks and colleges and universities had moved to online instruction for the rest of the school year.

West Virginia Gov. Jim Justice on Tuesday night said the state has reported its first positive case of the new coronavirus, meaning that all 50 states have now confirmed cases.

Justice said the confirmed case is in the state's Eastern Panhandle, an area close to Washington, DC. He did not immediately disclose the county where the illness occurred.