WORLD US deaths from COVID-19 far more than other high-income economies: report

US deaths from COVID-19 far more than other high-income economies: report 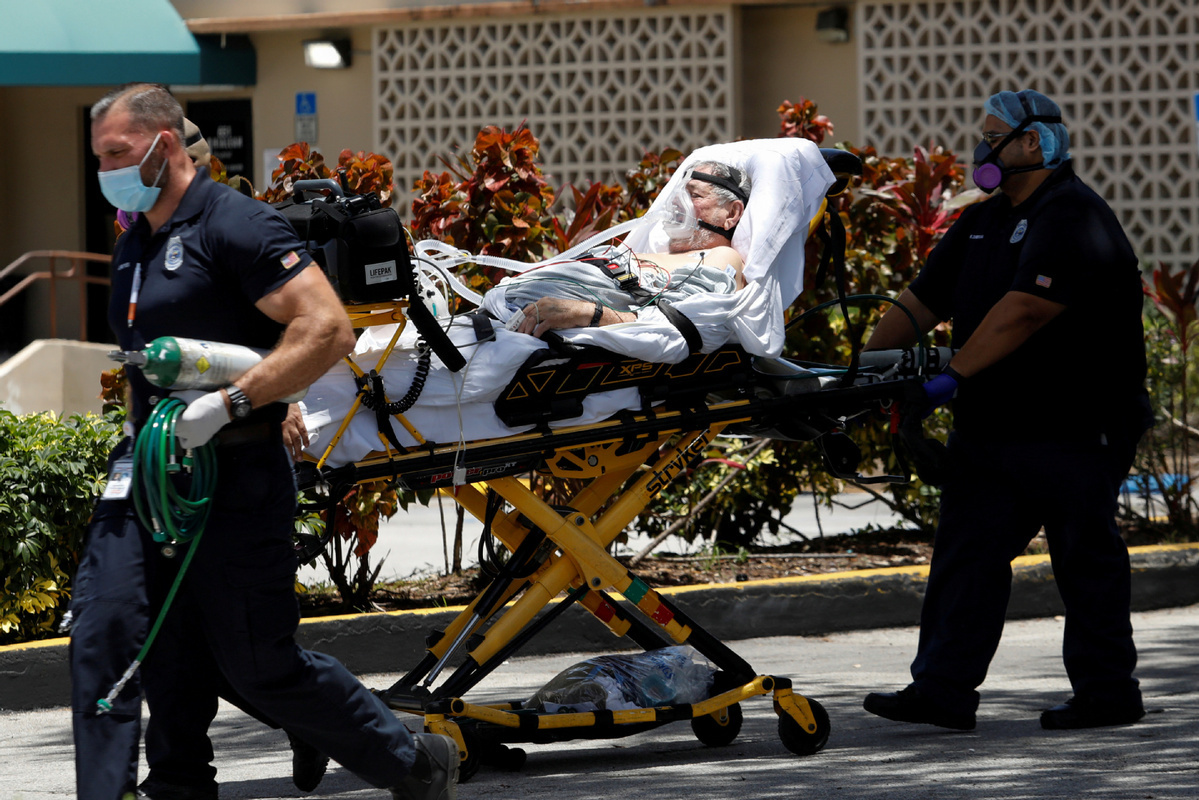 Emergency Medical Technicians (EMT) leave with a patient at Hialeah Hospital where the coronavirus disease (COVID-19) patients are treated, in Hialeah, Florida, US, July 29, 2020. [Photo/Agencies]

WASHINGTON - The number of deaths caused by COVID-19 in the United States since July is six times the average rate in other high-income economies, a US news website said last week.

Among the 83 countries and regions included in World Bank's list of "high-income economies," the United States is "one of very few" that have failed to control the virus since the pandemic, according to a report by AXIOS.

Since July 1, 75 percent of all new confirmed COVID-19 cases and 69 percent of all deaths recorded in the rich world occured in the United States, which accounts for 27 percent of the group's population, it said.

Basing its report on statistics from the World Health Organization and Johns Hopkins University, AXIOS said other wealthy countries and regions have suffered pandemic peaks or sharp increases in cases and deaths as "terrifying" as America's.

However, the United States remains "an exception," since "it was hit so hard so early, and has never truly recovered," the report said.

So far, America suffers the second highest spike in daily new cases in the world, only behind India. Of the 10 countries currently recording the highest daily increases, the United States is the only high-income country, it added.