US defense secretary arrives in Iraq over pull-out US troops

BAGHDAD, Oct. 23 (Xinhua) -- The U.S. Defense Secretary Mark Esper arrived in Iraq on Wednesday to hold talks with Iraqi leaders about the pull-out of the U.S. troops from northern Syria, an Iraqi Defense Ministry source said. 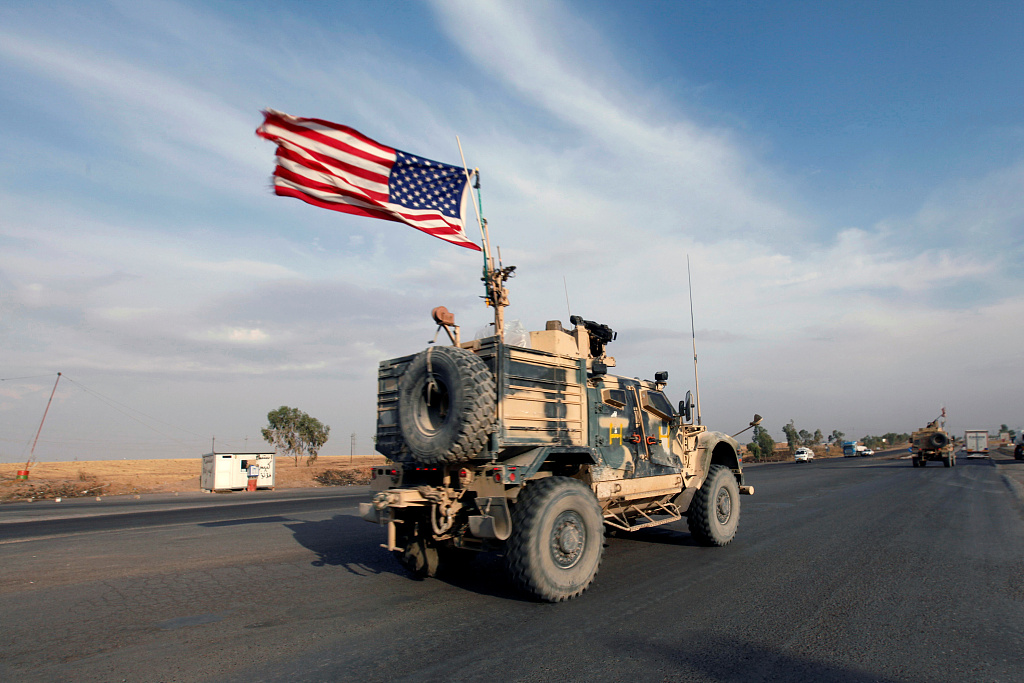 A convoy of U.S. vehicles is seen after withdrawing from northern Syria, in Erbil, Iraq October 21, 2019. (Photo: VCG)

Esper arrived in the capital of Baghdad in the morning and held a meeting with his Iraqi counterpart Najah al-Shammari, discussing the U.S. troops withdrew from northern Syria, the source from the ministry media office told Xinhua.

The U.S. Defense Secretary is also expected to meet with top Iraqi officials, including Prime Minister Adel Abdul Mahdi, over cooperation in the fight against terrorism and providing support to the Iraqi forces, the source said.

He will also meet U.S. commanders stationed in the country.

Esper's visit came a day after the Iraqi Joint Operations Command (JOC) said in a statement that the U.S. forces crossing into Iraq as part of their withdrawal operation from Syria have no permission to stay in Iraq.

It said that "all U.S. forces withdrawing from Syria have been approved to enter the Kurdistan region to move out of Iraq, but there is no approval for these forces to remain inside Iraq."

The JOC statement contradicts Esper's announcement on Sunday that roughly 1,000 U.S. troops withdrawing from the northeastern Syria will be repositioned into western Iraq to help defend the war-torn country against the Islamic State (IS) militants.

The United States has been withdrawing around 1,000 U.S. troops from northern Syria amid Turkey's military operations targeting the Kurdish forces in several parts of northeastern Syria launched about two weeks ago.

Originally, over 5,000 U.S. troops have been deployed in Iraq to support the Iraqi forces during the battles against IS militants.

The troops were part of the U.S.-led international coalition that has also been conducting air raids against IS targets in both Iraq and Syria.