BAGHDAD - US Defense Secretary Mark Esper on Wednesday denied that the US troops withdrawn from neighboring Syria would stay in Iraq, said a statement by Iraqi Prime Minister's media office. 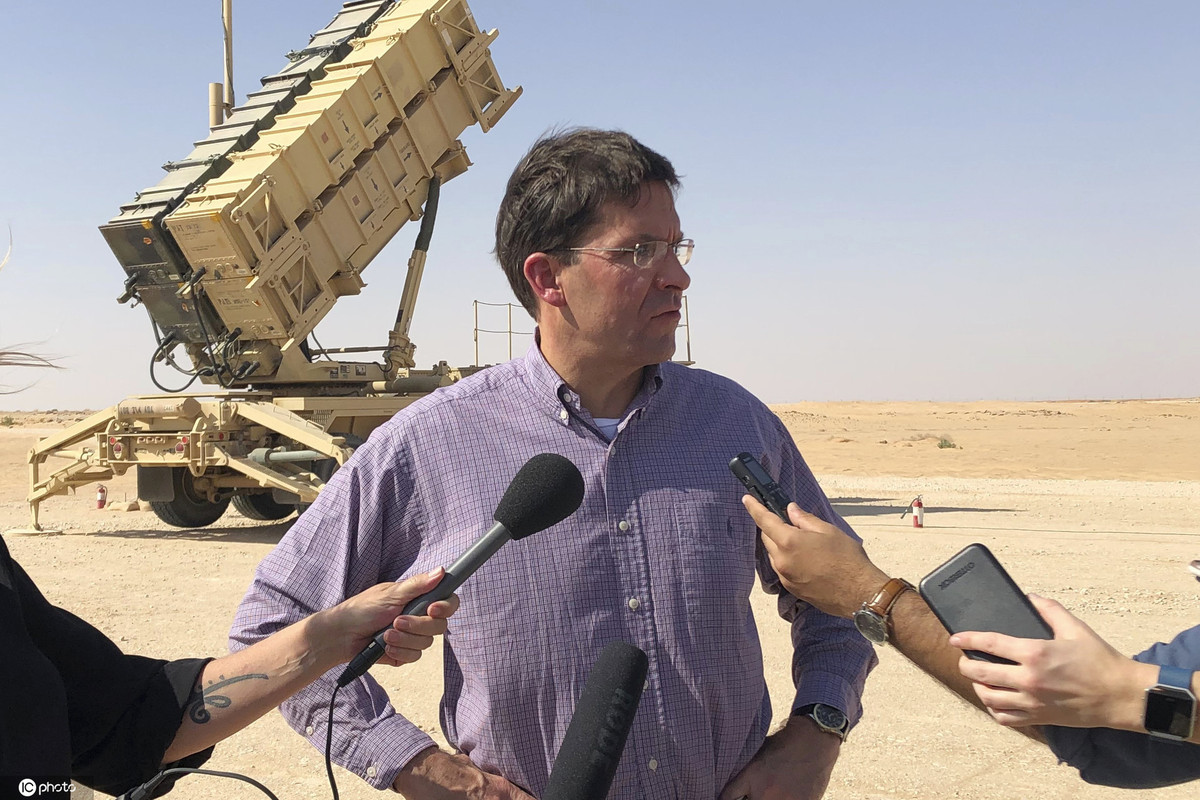 The United States is "committed to support Iraq and respect its national sovereignty and asserts its desire to strengthen relations between the two countries," Esper told Prime Minister Adel Abdul Mahdi during their meeting in Baghdad.

"The US forces withdrawing from Syria toward Iraq enter and withdraw from Iraqi territory with the permission and approval of the Iraqi government, and any media reports about staying in Iraq are incorrect," the statement quoted Esper as saying.

The two sides also discussed the bilateral relations, highlighting continued cooperation in confronting the Islamic State (IS) militant group, according to the statement.

They also discussed the "disturbing developments in Syria," especially with regard to the terrorists imprisoned in Syria and the possibility of their escape and infiltration into Iraqi territories, the statement said.

Meanwhile, the visiting defense secretary on his Twitter page said he had an opportunity to discuss the US-Iraqi bilateral relations during his meeting with Abdul Mahdi.

Earlier in the day, a source from the media office of the Iraqi Defense Ministry told Xinhua that Esper was in the capital Baghdad for talks with Iraqi leaders about the pullout of the US troops from northern Syria.

Esper's visit came a day after the Iraqi Joint Operations Command (JOC) said in a statement that the US forces that have crossed into Iraq as part of their withdrawal operation from Syria have no permission to stay in Iraq.

"All US forces withdrawing from Syria have been approved to enter the Kurdistan region to move out of Iraq, but there is no approval for these forces to remain inside Iraq," JOC said.

The JOC statement contradicts Esper's announcement on Sunday that roughly 1,000 US troops withdrawing from the northeastern Syria will be repositioned into western Iraq to help defend the war-torn country against the IS militants.

The United States has been withdrawing around 1,000 troops from northern Syria amid Turkey's two-week-long military operations targeting the Kurdish forces in several parts of northeastern Syria.

Originally, over 5,000 US troops were deployed in Iraq to support the Iraqi forces during the battles against IS militants.

The troops were part of the US-led international coalition that has also been conducting air raids against IS targets in both Iraq and Syria.