US Defense Secretary Esper says no decision to leave Iraq 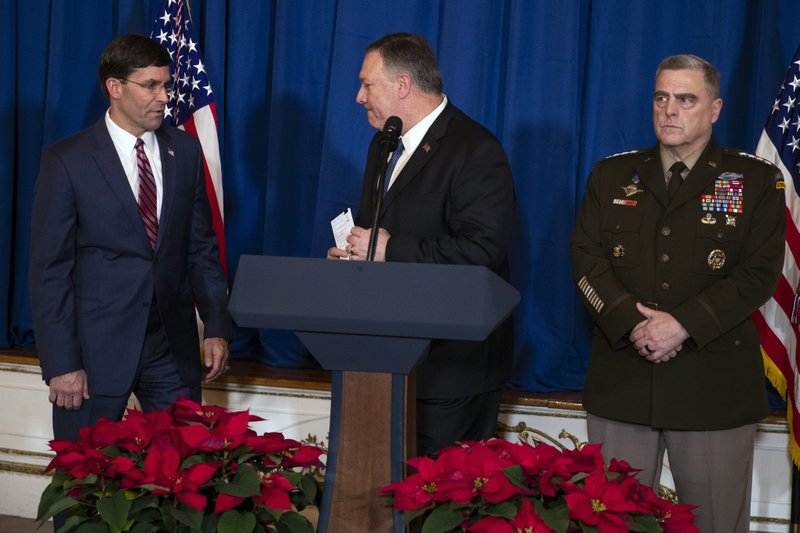 Top Pentagon leaders said Monday that the United States has no plans to withdraw troops from Iraq, despite a draft letter from a senior military officer that appeared to suggest plans for withdrawal were underway.

Gen. Mark Milley, chairman of the Joint Chiefs of Staff, told reporters the US is “moving forces around” Iraq and neighboring Kuwait. He said a draft letter circulated internally by a US Marine commander was a “poorly written” honest mistake that should never have gotten out.

The draft letter appeared to suggest the US was preparing to pull troops out of Iraq in response to a vote by the Iraqi Parliament over the weekend. The draft said troops would be “repositioning over the course of the coming days and weeks to prepare for onward movement.” and warned of an increase in helicopter travel around the Green Zone. It added, “We respect your sovereignty decision to order our departure.”

Milley and Defense Secretary Mark Esper, however, said the US has been re-positioning troops, largely due to increased security threats from Iran. The letter was meant to coordinate with the Iraqi military on an increase in US helicopter and troop movements as they shift positions around the country.

“There’s been no decision whatsover to leave Iraq,” Esper said. “There’s no decision to leave, nor did we issue any plans to leave or prepare to leave.”

Milley acknowledged that some language in the letter “implies withdrawal,” but said that ”is not what is happening.”

“The long and the short of it is, it’s an honest mistake,” he said, adding that he had just gotten off the phone with the US commander in the Middle East, who explained the effort.