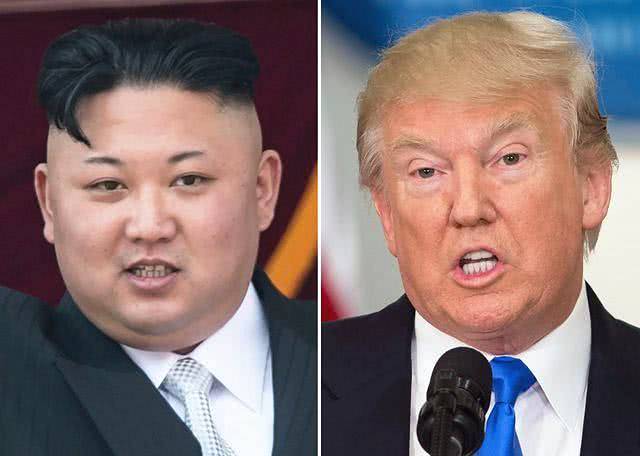 US President Donald Trump said on Sunday that a US diplomatic delegation had arrived in the Democratic People's Republic of Korea (DPRK) to prepare for a much-anticipated summit between Pyongyang and Washington.

"Our United States team has arrived in North Korea to make arrangements for the Summit between Kim Jong Un and myself," Trump tweeted, referring to the DPRK by another name.

"I truly believe North Korea has brilliant potential and will be a great economic and financial nation one day. Kim Jong Un agrees with me on this. It will happen!" he added.

At the Panmunjom truce village on Sunday, US diplomat Sung Kim crossed the demarcation line into the DPRK for pre-summit negotiations with DPRK Vice Foreign Minister Choe Son Hui, in what was the latest sign that both sides were working to bring the first meeting between a sitting US president and a DPRK top leader back on track.

The diplomat was summoned from his current post as US Ambassador to the Philippines. He also served as top US envoy to South Korea and was the chief negotiator for denuclearization talks with Pyongyang during the George W. Bush administration.

The arrival of the US delegation came just one day after Moon Jae-in, president of South Korea, held an impromptu meeting with Kim Jong Un at the DPRK side of the truce village.

Neither Seoul nor Pyongyang revealed in advance Saturday's Moon-Kim meeting, which, according to TV footage, saw the two leaders hug and smile at each other, seemingly building on a certain level of personal friendship following their first encounter merely a month ago.

During the inter-Korean summit on April 27th, Moon and Kim agreed to complete denuclearization of the Korean Peninsula as well as lasting peace between the two neighbors.

Moon told reporters after the second summit, which he said was requested by Kim, that the DPRK's top leader "again made clear his commitment to a complete denuclearization of the Korean Peninsula." He added that Kim also reaffirmed his commitment to the summit with Trump.

Acknowledging the differences between Washington and Pyongyang over the exact meaning of denuclearization, Moon suggested that the two sides dispel possible misunderstandings via direct dialogues and hold working-level talks to resolve disagreements.

On the DPRK side, the official Korean Central News Agency (KCNA) reported that Kim, during his meeting with Moon, expressed "fixed will" toward the summit with Trump.

"Kim Jong Un told Moon Jae-in to positively cooperate with each other as ever to improve the DPRK-US relations and establish mechanism for permanent and durable peace," the KCNA said.

Pyongyang insists on denuclearization of the whole Korean Peninsula, where Washington has troops stationed on the South Korean territory and boasts a so-called nuclear umbrella protecting regional allies South Korea and Japan.

The diplomatic back and forth over the prospects for the Trump-Kim summit caught the world in surprise last Thursday, when Trump made public a letter to Kim in which he canceled the meeting, citing "tremendous anger and open hostility" displayed in the recent statements by the DPRK.

Pyongyang issued a moderate statement in response, saying it is ready to sit down with the United States anytime in any manner for talks.