The United States joined Athens on Monday in strongly condemning Iran's seizure of two Greek-flagged oil tankers in Gulf waters and demanding their immediate release, calling the abductions a "threat to maritime security."

US Secretary of State Antony Blinken and Greek Foreign Minister Nikos Dendias agreed in a call "that Iran must immediately release the seized vessels, their cargoes, and their crews," State Department spokesman Ned Price said in a statement. 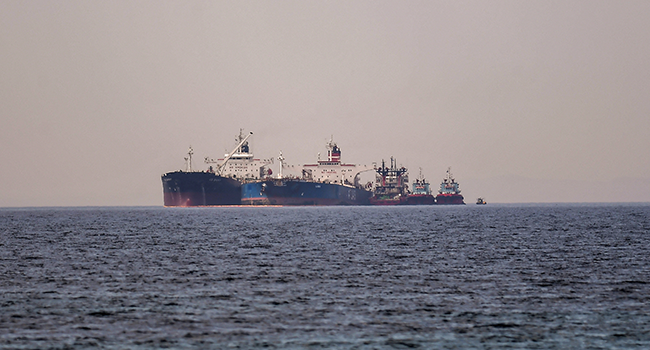 "Iran's continued harassment of vessels and interference with navigational rights and freedoms are a threat to maritime security and the global economy," Price added.

"The United States stands with Greece, our key NATO Ally and partner in the face of this unjustified seizure."

Iran's Revolutionary Guards seized the Greek tankers in the Gulf Friday, days after Athens confirmed it would deliver to Washington Iranian oil it had seized from a Russian tanker.

Tehran said Saturday the crews of the two tankers were in "good health" and not under arrest.

The crews -- Greece says nine of its citizens are among the ship workers, but has not specified the number of other sailors on board -- have remained on board the two tankers.

Greece has condemned Tehran's seizures as "tantamount to acts of piracy" and warned its citizens not to travel to Iran.

The Revolutionary Guards -- the ideological arm of Iran's military -- had said it seized the tankers "due to violations", without elaborating further.

Greece said one of the tankers had been sailing in international waters, while the second was near the Iranian coast when it was seized.