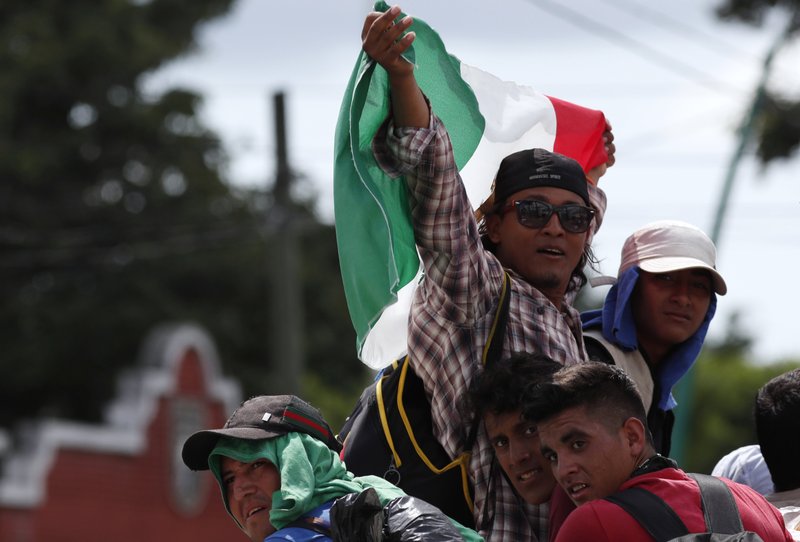 Central American migrants heading to the US. (Photo: AP)

WASHINGTON, Oct. 20 (Xinhua) -- US Democratic congressional leaders on Saturday accused President Donald Trump of attempting to shift the public focus away from health care to immigration.

"Republicans in Washington are making a mess of our health care system, causing premiums to increase and care to decrease while threatening to gut protections for pre-existing conditions," they argued, adding Democrats are focused on health care and "will not be diverted."

The statement came hours after Trump blamed Democrats for not willing to negotiate a deal on reforming America's immigration system.

"If the Democrats would stop being obstructionists and come together, we could write up and agree to new immigration laws in less than one hour," Trump tweeted on Saturday morning.

"Look at the needless pain and suffering that they are causing. Look at the horrors taking place on the Border," added the president.

A tougher immigration policy was a key campaign promise of Trump in 2016. Over the past two years, the Trump administration has attempted to erect a wall along the US southern border and push for a merit-based immigration policy.

The efforts faced an enormous pushback from Democrats, who argue that the United States should continue to welcome immigrants to benefit the US economy.

According to a recent poll, the immigration policy is one of the top concerns for voters in the upcoming congressional midterm elections, particularly for Republican voters.