WASHINGTON, July 29 (Xinhua) -- Elizabeth Warren, Democratic candidate for the 2020 US presidential election, proposed Monday changes to the country's trade negotiating rules, which US media said stand "no chance of enactment." 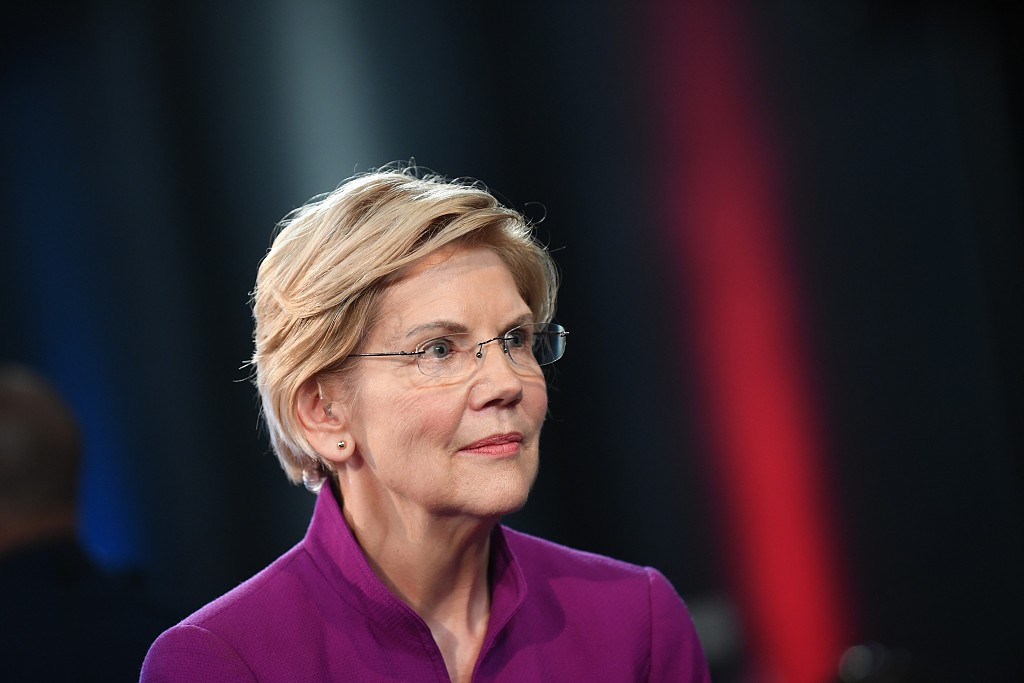 The proposals that Senator Warren raised in an article on the Medium website include disclosing more information to the public during the process of a trade negotiation, as well as creating a more diverse group of advisers to aid US trade negotiators.

"Trade negotiators will publicly disclose negotiating drafts and provide the public with an opportunity to comment," Warren said.

Draft deals will be published and made available for public comments prior to negotiations, and that revisions to the drafts made during the process will also be subject to public monitoring, according to the article.

The senator also said she will expand the existing trade advisory committees that US trade negotiators consult with.

She said she will bring in "a panel representing consumers, one representing rural areas and one for each region of the country" to the current advisory groups, which she said only consist of representatives from corporations and trade groups.

Only when the more inclusive advisory groups unanimously endorse a trade deal can Congress hold an up-or-down vote on the agreement, said Warren.

The US media CNBC said in a report that the above measures and others that Warren mentioned in her article would make "striking" new trade deals "vastly more difficult if not impossible."

"Her plan," the report added, "stands no chance of enactment in a divided Congress."