Almost universally, US Democratic presidential candidates praise the power of unions as a force for positive change on the campaign trail. And now, a number of them are matching their words with action as they support their campaign staff in unionizing. 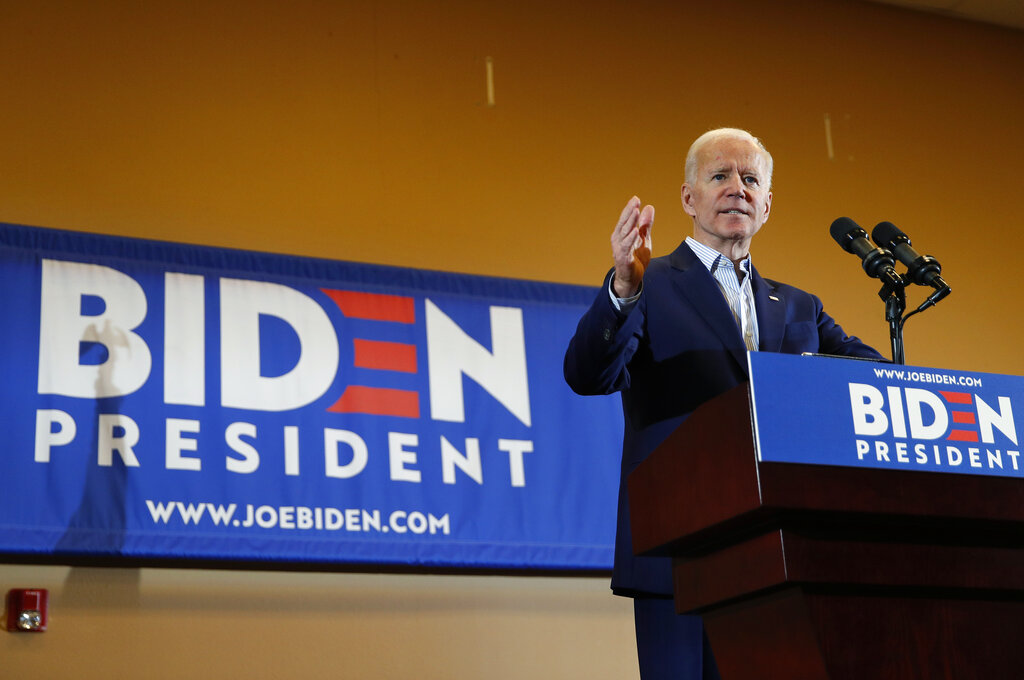 Former Vice President and Democratic presidential candidate Joe Biden speaks at a rally with members of a painters and construction union, Tuesday, May 7, 2019, in Henderson, Nev. (Photo: AP)

On Thursday, former Housing and Urban Development Secretary Julian Castro announced his staff had formed a union, which will now negotiate a contract with campaign leadership. Earlier this week, Vermont Sen. Bernie Sanders' campaign announced it had ratified a union contract, becoming the first presidential campaign to do so. Also on Thursday, former Vice President Joe Biden's spokesman said that the candidate would welcome his staffers organizing a bargaining unit but that the work environment he's offering is good enough that that probably wouldn't be necessary.

"We are confident that the work environment, pay and benefits will meet the standards that a union would normally have to bargain for," said Biden spokesman TJ Ducklo. "But, of course, if staff decided they wanted to unionize, the vice president would welcome it."

Sarah Willenbrink-Sahin, a member of the executive council of the Campaign Workers' Guild, which worked with Castro's campaign on the push to unionize, welcomed the enthusiasm from the Democratic presidential contenders on the issue.

"For a long time, campaign work has been relatively unsustainable. In addition to the long hours and the difficulty of working in the field, these jobs are seasonal — they come and go," she said.

"So unionizing campaign staff allows us to not only create a more sustainable future for campaign workers, but it also allows workers to have a workplace where they are able to have a say in their own working conditions."

Willenbrink-Sahin said her organization was working with other presidential campaigns on unionizing their staff but declined to disclose which ones, citing the delicate nature of the negotiations. Her organization was not involved with the Sanders' campaign's negotiations, but on Wednesday, about 100 of his staffers ratified a union contract that includes a provision offering staffers 20 paid days off. It's the first known instance of such an organization in a presidential campaign and comes after his 2016 bid faced allegations of gender pay inequity and sexual harassment among staffers.

Other 2020 presidential candidates, including Minnesota Sen. Amy Klobuchar and former Texas Rep. Beto O'Rourke, have told The Associated Press they'd support their workers organizing a union of their own.

But Willenbrink-Sahin expressed skepticism toward any candidate simply expressing support for their staffers to unionize.

"It's good to know those sentiments are there, but it can also feel like a political play or move," she said. "It feels like, especially for big names, it might just be a way to grab a headline rather than a real commitment to unionize."

And Biden may face added scrutiny on the issue. He launched his campaign with an explicit appeal to working-class union members and quickly won an endorsement from the International Association of Fire Fighters. As a senator and vice president, Biden was an unapologetic ally of organized labor. But he has also taken heat for a mixed record on international trade deals that many American unions have opposed, and he has deep relationships with some of the Democratic Party's wealthiest donors, including those hailing from the corporate world.

Biden's spokesman said the candidate has committed to offering his staffers a $15-an-hour minimum wage, as he has called for nationally. The current federal minimum hourly wage remains at $7.25. The campaign also is offering health insurance. Ducklo offered no details about Biden staffers' premiums but said they are competitive within the campaign sector.

But in lieu of brokering a union deal with their campaign staffs, many candidates, facing pressure to match their rhetoric with action, have offered their employees the benefits they've promised American workers on the campaign trail.

Pete Buttigieg is moving to offer health insurance to his growing crew of campaign staffers — a benefit, NBC News reported on Thursday, that isn't currently offered. Chris Meagher, a press secretary for the South Bend, Indiana, mayor, noted that the campaign provides a $400 stipend for staffers to purchase insurance and said that its interns are paid.

New Jersey Sen. Cory Booker said Thursday that his interns also are paid for their work. Other candidates either already paying their campaign interns or pledging to pay beyond what Booker and Buttigieg offer include Sanders, Castro, Massachusetts Sen. Elizabeth Warren, Washington Gov. Jay Inslee and Ohio Rep. Tim Ryan.