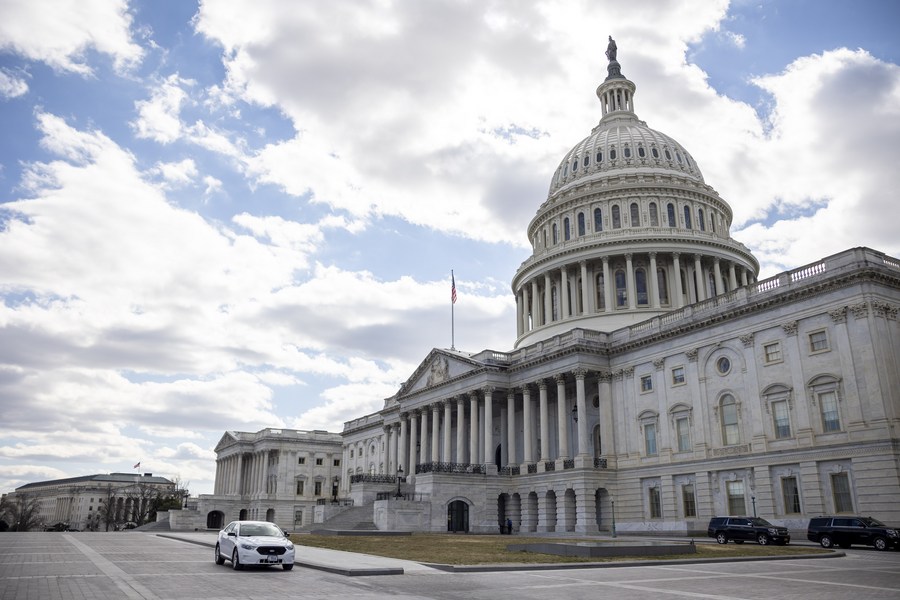 "Early this morning, I voted 'YES' on a procedural vote to move forward on the budget reconciliation process because I believe it is important to discuss the fiscal policy future of this country," Manchin, a moderate Democratic senator from West Virginia, said in a statement.

"However, I have serious concerns about the grave consequences facing West Virginians and every American family if Congress decides to spend another $3.5 trillion," he said.

Manchin noted that U.S. Congress has injected more than 5 trillion dollars of stimulus into the U.S. economy over the past year.

"The challenge we now face is different: millions of jobs remain unfilled across the country and rising inflation rates are now an unavoidable tax on the wages and income of every American," he said, adding these are not indications of an economy that requires trillions in additional spending.

Senate Democrats on Monday released the text of a 3.5-trillion-dollar budget resolution, which aims to enact most of President Joe Biden's social-spending agenda without Republican support.

With the Senate split 50-50, Democrats must keep moderates on their side, allowing Vice President Kamala Harris to cast the deciding vote.

Manchin said he firmly believed that "continuing to spend at irresponsible levels" puts at risk the nation's ability to respond to the unforeseen crises the United States could face.

"I urge my colleagues to seriously consider this reality as this budget process unfolds in the coming weeks and months," he said.

"Adding trillions of dollars more to nearly $29 trillion of national debt, without any consideration of the negative effects on our children and grandchildren, is one of those decisions that has become far too easy in Washington," the senator added.