US Democrats blast use of federal prisons to house detained immigrants 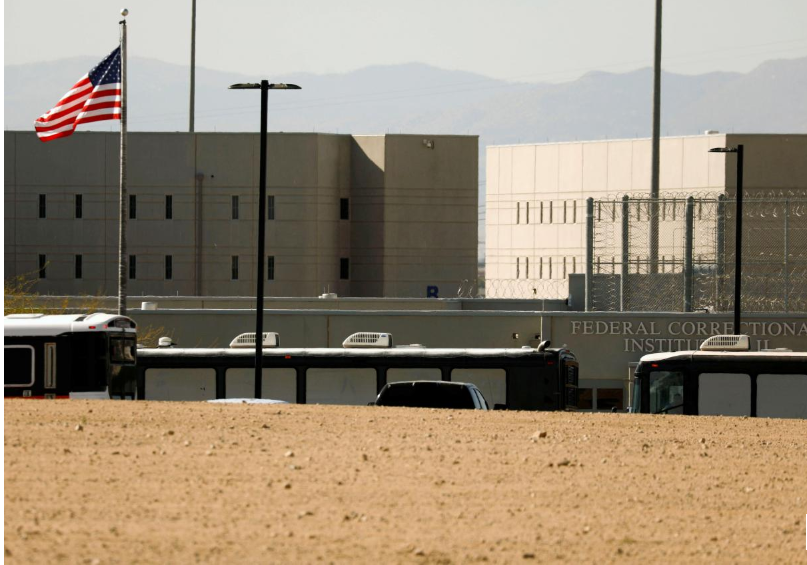 Democratic lawmakers blasted the Trump administration on Friday over its decision to temporarily transfer hundreds of detained immigrants into five federal prisons, calling the practice inhumane and un-American.

Reuters reported on Thursday that US Immigration and Customs Enforcement (ICE) has entered into a 120-day agreement with the Federal Bureau of Prisons (BOP) and the US Marshals Service to house 1,600 people waiting for immigration hearings.

“The depth of this administration’s heartlessness has no bottom,” Jerrold Nadler, the top ranking Democrat on the House Judiciary Committee, told Reuters in a statement on Friday.

“After seeing the heartbreak and suffering that family separation has caused, and after hearing criticism from all sides, this administration has decided to double down on cruelty by using federal prisons to house asylum seekers who are fleeing persecution and torture.”

ICE has struggled to find enough beds to house detainees amid the Trump administration’s crackdown on illegal border crossing and efforts to clamp down on how many asylum applications are approved.

As part of that effort, Attorney General Jeff Sessions said earlier this year he planned to prosecute everyone who crossed the border illegally, and also to separate women and children.

ICE did not say how many of the 1,600 people being moved into prisons may be seeking asylum.

One immigration advocacy group told Reuters on Friday that as of Thursday, it had met with five female detainees being held in SeaTac, a federal jail in Seattle, and all of them had been separated from their children and were seeking asylum.

“We do think that everyone who is currently being held (in Seattle) is seeking asylum,” said Jorge Baron, the executive director for the Northwest Immigrant Rights Project.

“We don’t know that for sure, but everyone we have talked to has been in that situation, and the five women we talked to each were separated from a child.”

He added that two of the women interviewed had crossed the border with their children in southern Texas and surrendered to US Customs and Border Patrol.

The women were separated from their children, charged with misdemeanor illegal entry and given credit for the time they served in an immigration detention facility.

But after that, they were transported up to SeaTac, he added.

Washington Governor Jay Inslee and Attorney General Bob Ferguson have since sent a letter to US immigration and Justice Department officials demanding answers about the women detainees.

“We have serious concerns about the Trump administration’s treatment of these asylum seekers,” they wrote.