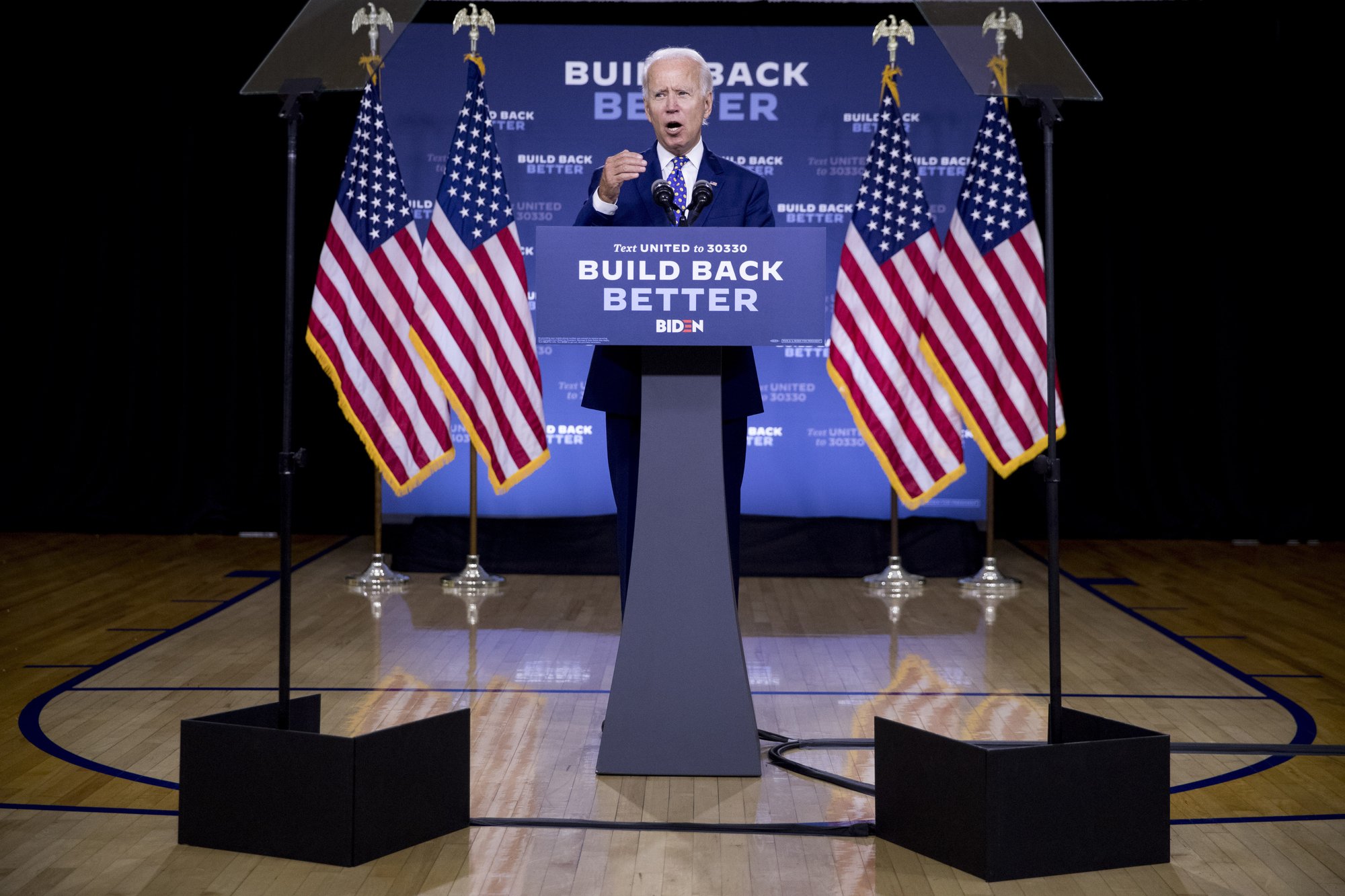 Biden, already the presumptive nominee since April when all other contenders in the once crowded Democratic field dropped their bids, briefly addressed supporters from his hometown of Wilmington, Delaware, after a virtual presidential roll call.

"Thank you all from the bottom of my heart, from my family, and I'll see you on Thursday," he said, referring to his upcoming acceptance speech to wrap up the four-day convention.

The Democratic nomination entitled the 77-year-old former vice president to take on incumbent President Donald Trump of the Republican Party in the upcoming election scheduled for Nov. 3.

Unlike prior conventions where delegates would gather in an arena and the delegations from each state would be called upon to announce how many delegates pledge for each candidate, this year the presidential roll call happened virtually due to the coronavirus pandemic.

While the delegates appearing in the video by and large enthusiastically made the case that Biden was the country's best choice for president in the next four years, first-term congresswoman Alexandria Ocasio-Cortez used her slot to nominate Vermont Senator Bernie Sanders, a leading figure of the progressive wing in the Democratic field and Biden's longest-lasting rival in the primary.

Herself a progressive, Ocasio-Cortez used the occasion to pitch for the progressive movement's goals, including Medicare for All, tuition-free college education, and achieving fair wages and protecting labor rights for all.

Among the Democratic luminaries who delivered remarks was former President Jimmy Carter, who said Biden "understands that honesty and dignity are essential traits that determine not only our vision but our actions. More than ever, that's what we need." And former President Bill Clinton said Biden is "committed to building America back again."

Senate Minority Leader Chuck Schumer, the top Democrat in the now Republican-controlled Senate, said Biden alone can't "win this battle for the soul of our nation," adding that "Democrats must take back the Senate."

Heading into its third day on Wednesday, the DNC is expected to nominate California Senator Kamala Harris as the party's vice presidential candidate.

Former President Barack Obama, in whose administration Biden served as vice president from 2009 to 2017, will deliver a speech on Wednesday, with House Speaker Nancy Pelosi and 2016 Democratic presidential nominee Hilary Clinton also invited to speak.