WORLD US Democrats, GOP to vie for impeachment narrative -- on TV

US Democrats, GOP to vie for impeachment narrative -- on TV 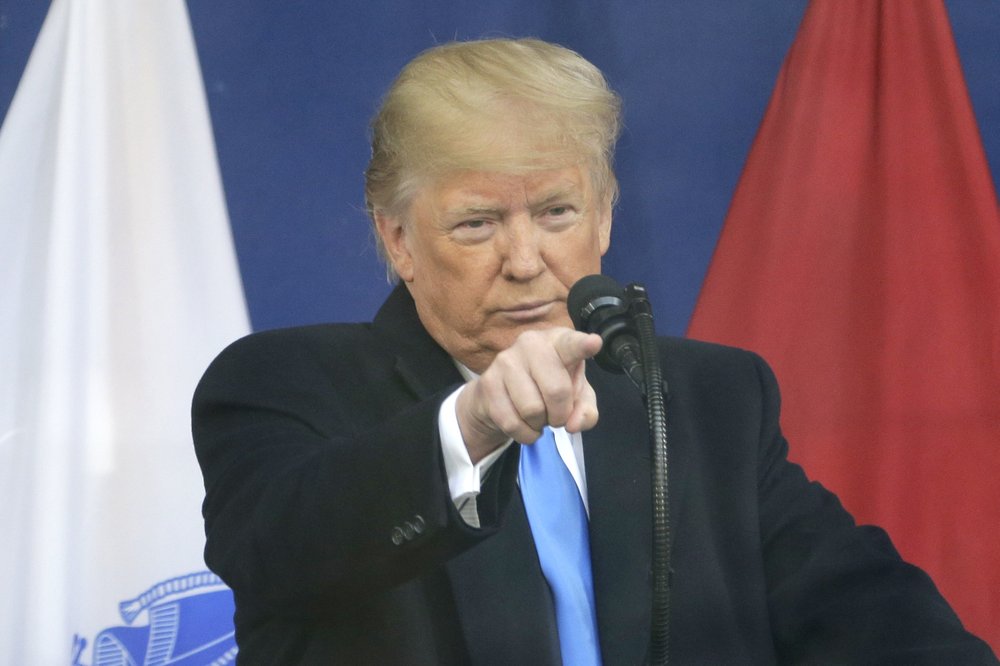 Both US Democrats and Republicans see the televised impeachment hearings starting this week as their first and best opportunity to shape public opinion about President Donald Trump’s dealings with Ukraine.

Democrats believe the testimony will paint a vivid picture of presidential misconduct. Republicans say it will demonstrate just how lacking the evidence is for impeachment.

They agree on one thing: The stakes are very high.

Democrats plan a narrow focus in the hearings, and a narrative retelling of Trump’s pressure on Ukraine to investigate Democrats as his administration withheld military aid to an Eastern European ally on Russia’s border.

This time they’ll be on live TV — and newscasts for days afterward — for all Americans to see and hear.

The Democrats see all three as highly credible, detail oriented and well positioned to tell that story to the American people.

“This is a very simple, straightforward act,” said California Rep. Jackie Speier, a member of the House intelligence committee, which is conducting the hearings. “The president broke the law. He went on a telephone call with the president of Ukraine and said I have a favor, though, and then proceeded to ask for an investigation of his rival.”

Democrats say their best evidence isn’t even from the witnesses themselves, but from the rough transcript of that July call between Trump himself and Ukraine President Volodymyr Zelenskiy.

Trump asked for the “favor” of the investigations as Zelenskiy mentioned the military aid.

The witnesses have added detail on the circumstances of the call and have told investigators of concerns swirling in different corners of the administration as Trump and his lawyer, Rudy Giuliani, pushed for the probes into Democratic rival Joe Biden and his family and into a possible Ukraine role in the 2016 U.S. presidential election.

Taylor and Kent will testify on Wednesday, Yovanovitch on Friday. Yovanovitch plays a central role in the inquiry, as her ouster at Trump and Giuliani’s direction in May raised questions throughout the U.S. diplomatic community. Taylor was brought in to replace her and navigated Trump’s demands throughout the summer as the president brought his requests directly to Zelenskiy.

Kent is a senior State Department official overseeing Ukraine who told investigators that he understood, as other witnesses did, the military aid to be in exchange for the investigations — the quid pro quo that is at the heart of the Democratic probe.

Trump — who will surely be watching at the White House — has strongly denied any quid pro quo, and has bashed the diplomats by saying that none of them had firsthand knowledge of his thinking.

“It seems that nobody has any firsthand knowledge,” the president said last week.

Republican questioning of the witnesses at the hearings is expected to turn on that point.

None of the witnesses has testified to relevant conversations that they had with Trump himself, and several of the accounts involve conversations they heard about from other people. While closed-door testimony from multiple witnesses has largely reinforced the same story, Republicans say that the Democrats don’t have enough direct evidence.

GOP lawmakers are also expected to defend the president’s words on the July call, which Trump has repeatedly called “perfect.” They argue that those words don’t explicitly show a quid pro quo.

The GOP grilling is expected to veer into other arguments as well. A proposed witness list from House Republicans includes some figures from former special counsel Robert Mueller’s Russia investigation — a possible attempt by California Rep. Devin Nunes, the top Republican on the intelligence panel, to turn the narrative to GOP concerns that officials at the Department of Justice were biased against Trump.

To make their best case, Republicans have moved one of Trump’s top defenders, Ohio Rep. Jim Jordan, the top Republican on the House Oversight and Reform Committee, onto the intelligence panel temporarily. And one of Jordan’s top aides on the Oversight panel, Steve Castor, is expected to question the witnesses at the top of the hearing alongside a top Democratic aide to the intelligence panel, former federal prosecutor Daniel Goldman.

While Trump teased on Saturday that he might release the transcript of an earlier call with the Ukrainian president on Tuesday, White House officials are not confirming that. Such a release could be an attempt to dampen the effects of the open hearings Wednesday, though the congressional inquiry has moved beyond just Trump’s call with Zelenskiy.

As Republicans in Congress make their points through questioning at the Capitol, the White House will face its first major communication test since the hiring of former Florida Attorney General Pam Bondi and former Treasury spokesman Tony Seyegh to work on what the West Wing calls “proactive impeachment messaging.”

A White House official said Bondi and Seyegh have not started yet and may not be in place before the Wednesday hearings, owing to paperwork associated with entering White House employment.

Since the onset of the impeachment probe, Trump has largely limited his efforts to objecting to the process surrounding the investigation and attacking the career public servants involved as “Never Trumpers.” But he has been under pressure from Republican allies to engage on the substance of the allegations against him — claims that will only grow more vivid once the public testimony begins.

White House officials are coordinating with the Republican National Committee and congressional Republicans on rapid response, aiming to shine a spotlight on moments they believe are exculpatory for the president or damaging to his opposition.

But Trump’s strategy has put Republicans who feel uncomfortable with his behavior in a difficult position, too. Some of those lawmakers have tried a different strategy.

“I believe it was inappropriate. I do not believe it was impeachable,” said Texas Rep. Mac Thornberry, the top Republican on the House Armed Services Committee, of Trump’s call for the Ukraine investigations of Democrats.

But Thornberry soon saw the limits of that approach — at least in the president’s eyes.

“The call to the Ukrainian President was PERFECT,” Trump tweeted shortly after Thornberry’s television appearance. “Read the Transcript! There was NOTHING said that was in any way wrong. Republicans, don’t be led into the fools trap of saying it was not perfect, but is not impeachable. No, it is much stronger than that. NOTHING WAS DONE WRONG!”

Speier and Thornberry both spoke on ABC’s “This Week.”