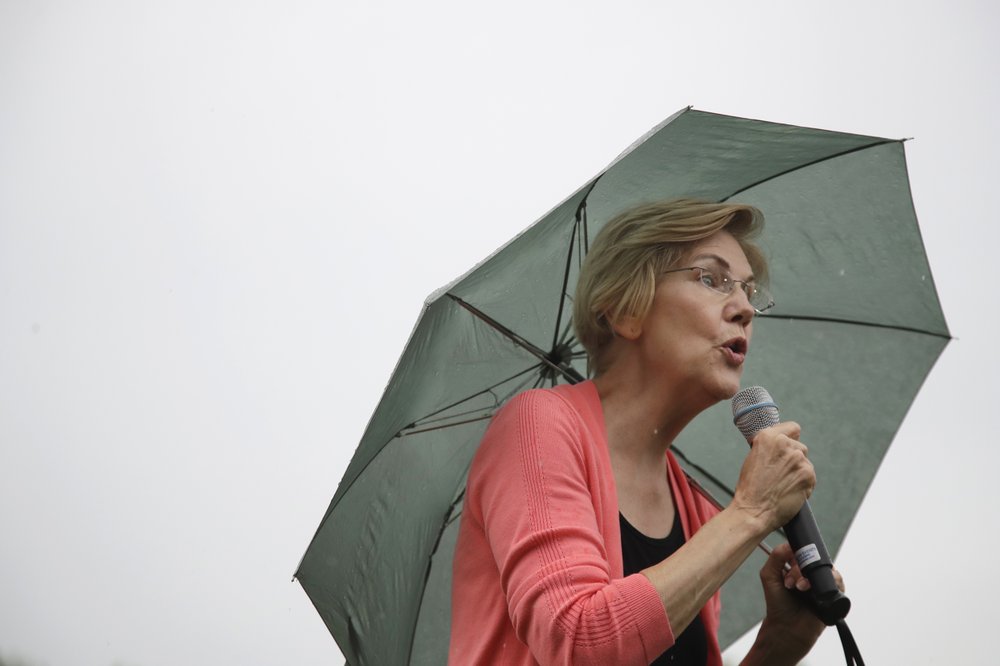 Five Democratic presidential candidates in the span of 24 hours have released sweeping plans to address climate change, ahead of a series of town halls devoted to the issue.

The flurry of plans comes ahead of a CNN town hall event on global warming, which 10 Democrats seeking the White House plan to attend. The forums come after liberals had demanded that the Democratic Party focus at least one debate on climate change, but a climate debate resolution was defeated at the Democratic National Committee’s summer meeting last month.

Many Democrats see climate change as an urgent crisis. The issue is so urgent among Democratic voters that Washington Gov. Jay Inslee made action to limit the worst extremes of climate change the core of his presidential bid. But Inslee dropped out of the presidential race in August after failing to earn a spot in the September primary debate. Inslee would not have been invited to Wednesday’s climate change forum, either, having fallen short of the polling criteria. Since he abandoned his presidential bid, a number of candidates including Harris and Warren have embraced parts of the agenda he championed.

Harris is embracing a “climate pollution fee,” designed to drive down pollution while increasing government revenue. Her $10 trillion plan includes proposals supported by her Democratic rivals. She calls on the United States to achieve a clean economy by 2045 and to reach the goal of 100% carbon-neutral electricity by 2030. She says she will end fossil fuel production on public lands and end federal subsidies for fossil fuels.

Harris also calls for the passage of the Climate Equity Act, a bill she introduced with New York Rep. Alexandria Ocasio-Cortez, which would require Congress to measure how potential environmental legislation would impact poorer communities.

Warren’s plan, which she released on Tuesday night, embraces the 10-year clean energy plan that Inslee ran on. Warren said Inslee’s ideas “should remain at the center of the agenda,” and she met with him in Seattle when she visited Washington state for a rally before Labor Day, according to two people familiar with the meeting who spoke on the condition of anonymity to discuss a private meeting.

She says she will increase her planned spending on research and investment to cut carbon emissions to $3 trillion. She embraces tough deadlines for sharply cutting or eliminating the use of fossil fuels by the U.S. electrical grid, highways and air transit systems and by cities and towns. That includes making sure that new cars, buses and many trucks run on clean energy — instead of gasoline or diesel — by 2030 and that all the country’s electricity comes from solar, wind and other renewable, carbon-free sources by 2035.

Buttigieg’s $1.1 trillion climate change plan has a goal of reaching net-zero emissions by 2050 and creating more than 3 million clean infrastructure jobs in the next decade. Like other Democrats, Buttigieg would renew the country’s commitment to the Paris climate agreement. He is calling for ending subsidies to the fossil fuel industry and closing public lands to new fossil leases. He also is calling for enacting an economy-wide price on carbon, set to automatically increase each year, as well as more investment in carbon capture techniques.

Booker’s $3 trillion plan calls for getting the U.S. economy to carbon neutral no later than 2045. He also is calling for the creation of a “United States Environmental Justice Fund,” which, among its areas of focus, would replace all home, school and day care drinking water lines by the end of his second term.

Castro’s $10 trillion plan aims to have all electricity in the United States be clean and renewable by 2035. He wants to achieve net-zero emissions by 2045 and at least a 50% reduction of greenhouse gas emissions by 2030. And, like Booker, he focuses on environmental racism, in which people of color are disproportionately affected by environmental hazards.

Among Democrats seeking the presidency, there is little disagreement that climate change is a building disaster. Wednesday’s town halls will give candidates an opportunity to show the distinctions between their plans as the Democratic party’s base increasingly demands aggressive action.

Nationally, 72% of Democratic midterm voters said they were very concerned about the effects of climate change, and 20% were somewhat concerned. That’s according to AP VoteCast, a survey of more than 115,000 midterm voters nationwide.

Last month, Vermont Sen. Bernie Sanders released his $16 trillion plan to fight global warming, the costliest among the Democratic field. His plan, which he is calling The Green New Deal, declares climate change a national emergency, calls for the United States to eliminate fossil fuel use by 2050 and commits $200 billion to help poorer nations reckon with climate change.

Former Vice President Joe Biden has proposed $1.7 trillion in spending over 10 years, on clean energy and other initiatives with the goal of eliminating the country’s net carbon emissions by 2050. Some liberals have criticized Biden for not being aggressive enough in confronting a growing crisis.

The relatively minor differences among Democrats on climate change come in sharp contrast to President Donald Trump, who has dismissed and mocked the science of climate change and has reversed course on US climate policy. Trump made pulling the country out of the Paris climate accord one of his administration’s first priorities, and his wholehearted support of the petroleum and coal industries has been one of the enduring themes of his presidency.