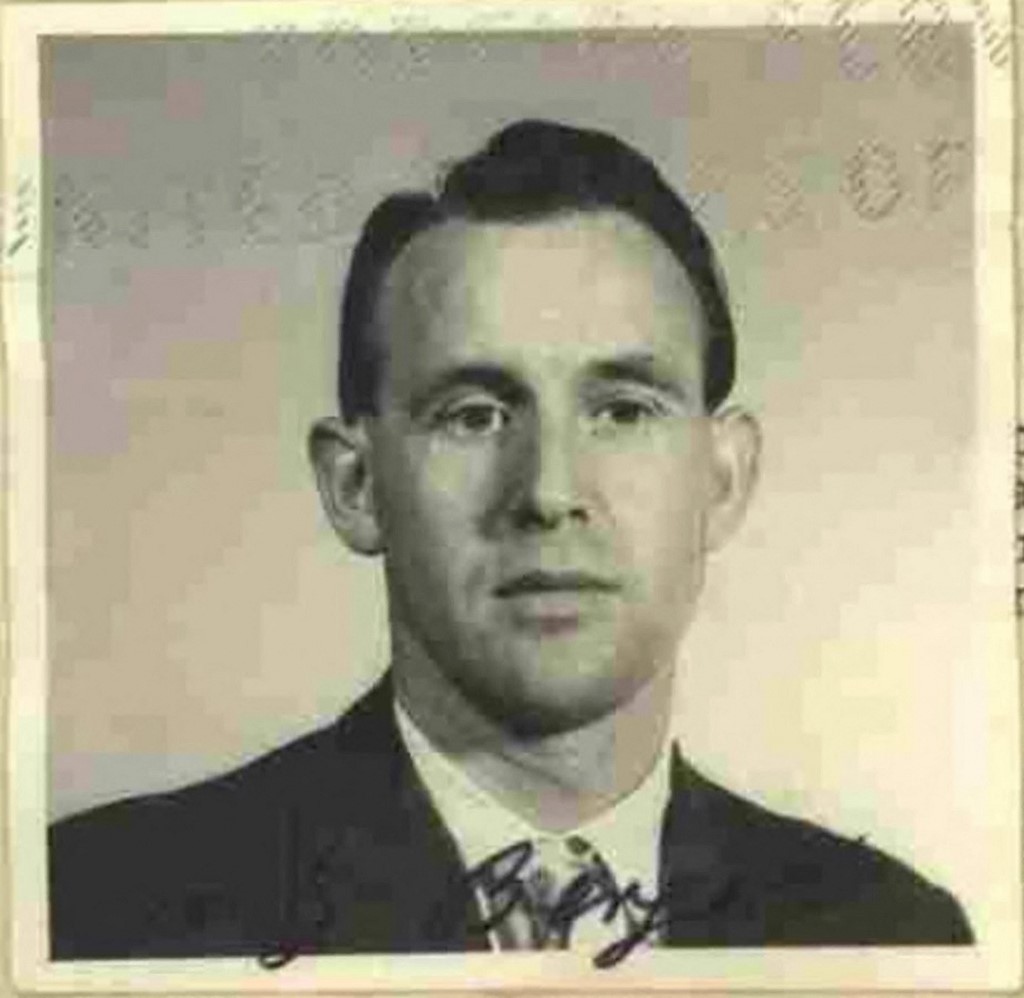 This 1959 image released by the US Department of Justice shows Friedrich Karl Berger. (Photo: AFP)

The deportation of Friedrich Karl Berger, who had been living in Tennessee, was "possibly the last" such US expulsion of a former Nazi, given the dwindling number of war survivors, one US official said.

Berger, who had retained German citizenship, was deported for taking part in "Nazi-sponsored acts of persecution" while serving as an armed guard at the Neuengamme concentration camp system in 1945, the department said.

Berger's deportation demonstrated "that the United States is not a safe haven for those who have participated in Nazi crimes against humanity," Acting Attorney General Monty Wilkinson said in a statement.

The Justice Department drew evidence from both US and European archives, "including records of the historic trial at Nuremberg of the most notorious former leaders of the defeated Nazi regime," Wilkinson said.

This year marks the 75th anniversary of the Nuremberg trials, in which jurists from the Allied powers tried prominent Nazis under international law. Twelve defendants received death sentences and were hanged.

The deportation of Berger, who had lived in the US since 1959, was first ordered in March of last year by a US immigration judge.

As a young man, he had been stationed at a subcamp near Meppen, Germany, where prisoners were held in "atrocious" conditions and worked "to the point of exhaustion and death," Judge Rebecca Holt said at the time.

Prisoners in the vast camp system included "Jews, Poles, Russians, Danes, Dutch, Latvians, French, Italians, and political opponents" of the Nazis," according to the Justice Department.

More than 40,000 prisoners died in the Neuengamme system, records show.

Holt's opinion followed a two-day trial in which Berger admitted he had prevented prisoners from fleeing the Meppen camp during their extended workdays or while moving to and from the SS-run camp.

The court also found that in March 1945, as British and Canadian forces were advancing, Berger helped guard the prisoners as they were forcibly evacuated under inhumane conditions that resulted in the deaths of some 70 prisoners.

Berger said he did not know prisoners had been badly treated and that some had died.

In an interview last year with The Washington Post, he expressed disbelief at the possibility he might be deported, saying he was only 19 years old while serving at Meppen, was unarmed, and was following orders.

"After 75 years, this is ridiculous," he told the Post. "I cannot understand how this can happen in a country like this."

But he had never requested a transfer from the camp and he later received a German pension based partly on his wartime service, the Justice Department said.

Berger was flown to Germany on Saturday and arrived in Frankfurt, where he will be questioned, the Celle prosecutor's office said.

It was not immediately clear if he will be put on trial. Prosecutors in Germany dropped charges against Berger in December 2020, citing insufficient evidence.

But if he is willing to speak about the accusations against him the case could be revived.

In 1979, the US government created the Justice Department Office of Special Investigations dedicated to finding Nazis. The department said Saturday that the program had won cases against 109 individuals.

The last deportation was of 95-year-old former SS guard Jakiw Palij, who had lived in New York since 1949 and was expelled in August 2018.

For prosecutors of such cases, he added, "the biggest enemy ... is time."