US deports murder parolee to Germany; he says he’s innocent 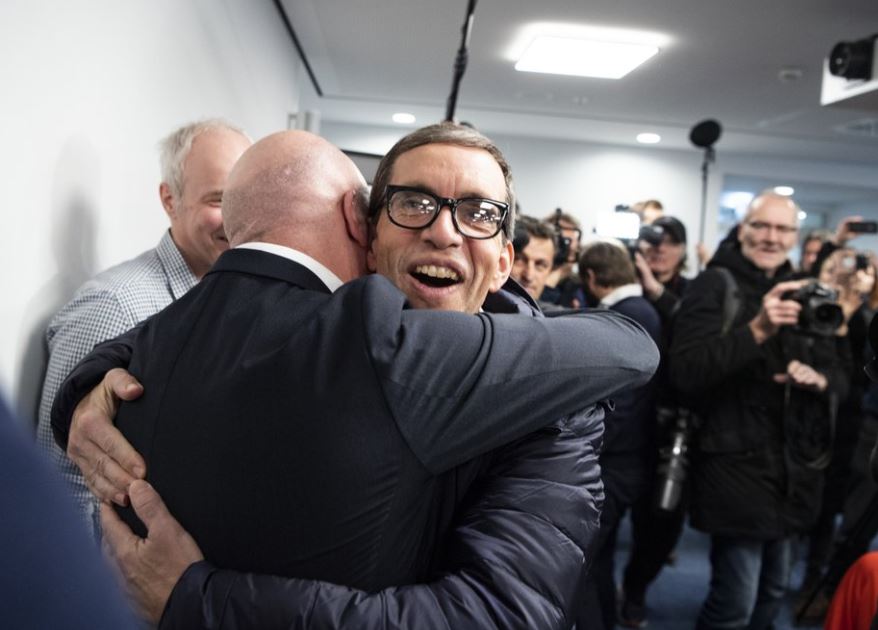 German Jens Soering, center, is embraced by man after his arrival at the Frankfurt Airport in Frankfurt, Germany, Tuesday, Dec. 17, 2019. (Photo: AP)

A German diplomat’s son who served more than 33 years in prison for a double murder in Virginia that he has steadfastly maintained he didn’t commit arrived in his homeland Tuesday after being released on parole.

Jens Soering, his brown hair now graying, was met by a crush of supporters and reporters after he landed in Frankfurt following his deportation, saying “I would never have managed it without these people who supported me for years.”

The slayings of Nancy and Derek Haysom on the outskirts of Lynchburg, Virginia, attracted national attention in the US both for their brutal ferocity — the victims had their throats slashed and were collectively stabbed nearly 50 times — and due to the suspects.

Soering, a self-described nerd, was the teenage son of West Germany’s vice consul at the consulate in Detroit and Haysom, the daughter of a retired Canadian steel executive, was portrayed at the time as a worldly femme fatale.

The two met as University of Virginia students. They fled before they had emerged as the main suspects and were eventually arrested in London.

Haysom did not fight her extradition but Soering did, and he was only sent back to the United States after a four-year legal battle. His 1990 trial was a sensation, one of the first to be televised live. Haysom testified against him, telling the court she manipulated Soering into committing the killings because her parents wanted to end their daughter’s relationship with Soering.

Soering to this day maintains that Haysom carried out the killings herself and only told him after the slayings. Haysom, a Canadian citizen, was also ordered deported after her release on parole.

Soering initially confessed to the murders, but later said he had only done so because he thought his father’s status as a diplomat would provide him immunity in the United States, and that he would serve a short juvenile sentence in Germany while sparing Haysom the possibility of the electric chair.

Soering’s parole was rejected 14 times before finally being granted last month and he also petitioned for a pardon many times.