US digesting magnitude of virus deaths 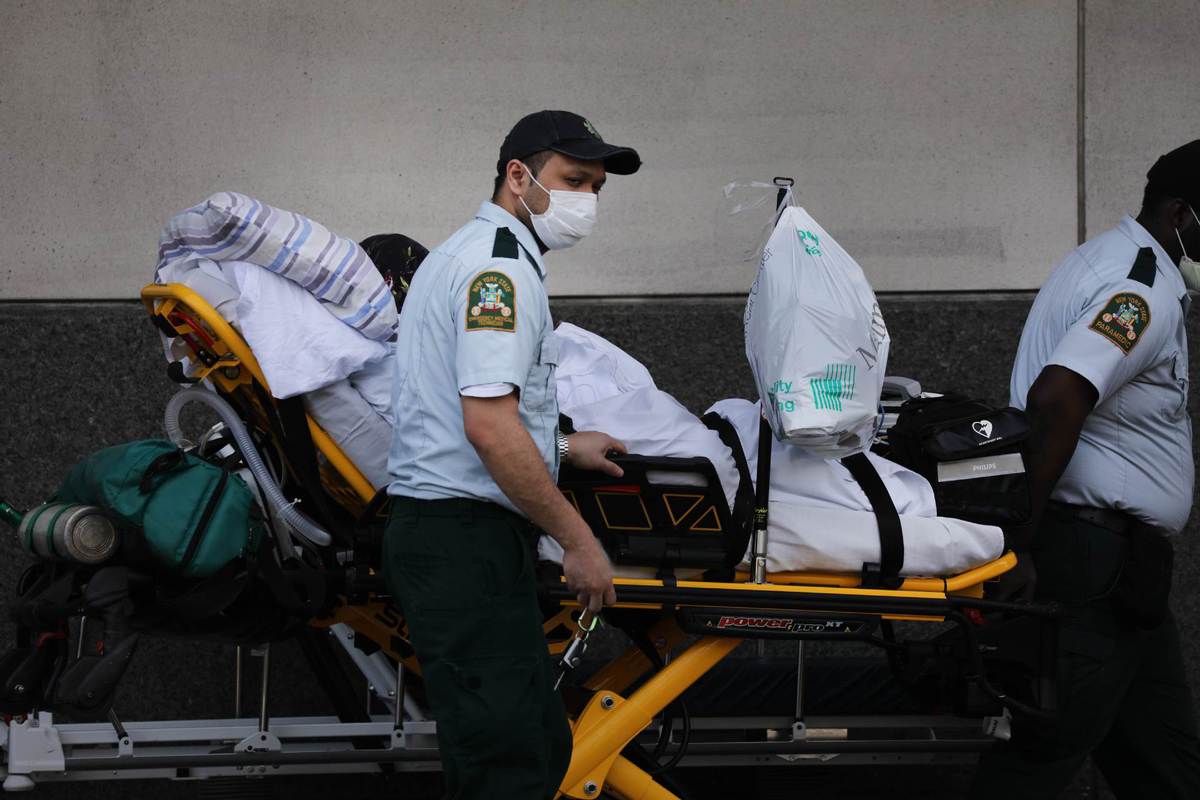 Medical workers take in patients outside a special coronavirus area at Maimonides Medical Center in New York City on May 27, 2020. (Photo: Agencies)

With 100,000 lost, there is soul-searching aplenty but little clarity on way forward

As the loss of more than 100,000 people to the coronavirus in the United States sinks in, the country's path forward in dealing with the pandemic is far from certain.

The death toll in the world's worst outbreak of the virus reached 100,047 on Wednesday afternoon, according to a tally kept by the Johns Hopkins University.

Since Jan 20, when the first coronavirus case was identified in the US, over 1.69 million infections have been recorded, according to the tally.

The breaching of the 100,000 mark dominated the headlines in many US media outlets, which aired the grief felt for the huge loss of life incurred in just months.

The Washington Post, in a top story on its website, declared: "These 100,000 are not nameless numbers, nor are they mostly famous people. They are, overwhelmingly, elderly-in some states, nearly two-thirds of the dead were 80 or older. They are disproportionately poor and black and Latino. Among the younger victims, many did work that allowed others to stay at home, out of the virus's reach."

In a much-reported observation, the US has less than 5 percent of the world's population but now accounts for nearly a third of all known COVID-19 deaths. And although efforts to flatten the curve-the now-familiar term for reducing the growth rate of infections-have been successful on a national level, 15 states still have rising case numbers. They outnumber those states that have seen decreases in new cases.

On April 24, after a weeks-long lockdown, Georgia was the first state to partially reopen, allowing restaurants, salons and gyms to serve customers with certain restrictions.

Early data suggests that the reopening has not led to a spike in cases, but infections are rising slowly and steadily with no signs of waning.

"The bad news is we are not seeing a reduction in transmission, but I don't see a spike in transmission," Gerardo Chowell, a professor of mathematical epidemiology at Georgia State University, told the CNN network.

In the national capital, Washington will start a gradual reopening on Friday. Restaurants will be permitted to seat guests outdoors, barbers and hair salons will open with limited capacity and nonessential businesses will be allowed to offer curbside or front-door pickup services.

With all 50 states having partially reopened their economies, a key coronavirus model from the Institute for Health Metrics and Evaluation forecast that over 140,000 people in the country would die by Aug 4.

The rush to reopen is largely being driven by the economic toll the pandemic has taken. US unemployment stands at 14.7 percent, the highest level since the Great Depression.

Globally, as of Thursday morning, there have been 5,491,678 confirmed cases of COVID-19, including 349,190 deaths, according to the World Health Organization.

In Brazil, the epicenter of the disease in Latin America, a further 1,086 deaths from COVID-19 were reported in the latest 24-hour period, taking the total to 25,598 on Wednesday, the Health Ministry said. The number of confirmed cases rose by 20,599, reaching 411,821 on Wednesday.

Some 860,503 formal jobs in Brazil were wiped out in April, the biggest monthly loss of jobs since records were started in 1992, the Economy Ministry said on Wednesday.

The United Nations World Food Program warned that at least 14 million people in Latin America could suffer from hunger as the pandemic continues to spread, keeping people at home and ravaging the economy.