WORLD US diplomats say Trump to blame for the Capitol chaos, as more rioters arrested

US diplomats say Trump to blame for the Capitol chaos, as more rioters arrested

Dozens of US diplomats have drafted a memo that urged the State Department to "explicitly denounce President Donald Trump's role" in the recent Capitol riot, and specifically they've called out Secretary of State Mike Pompeo for doing so. 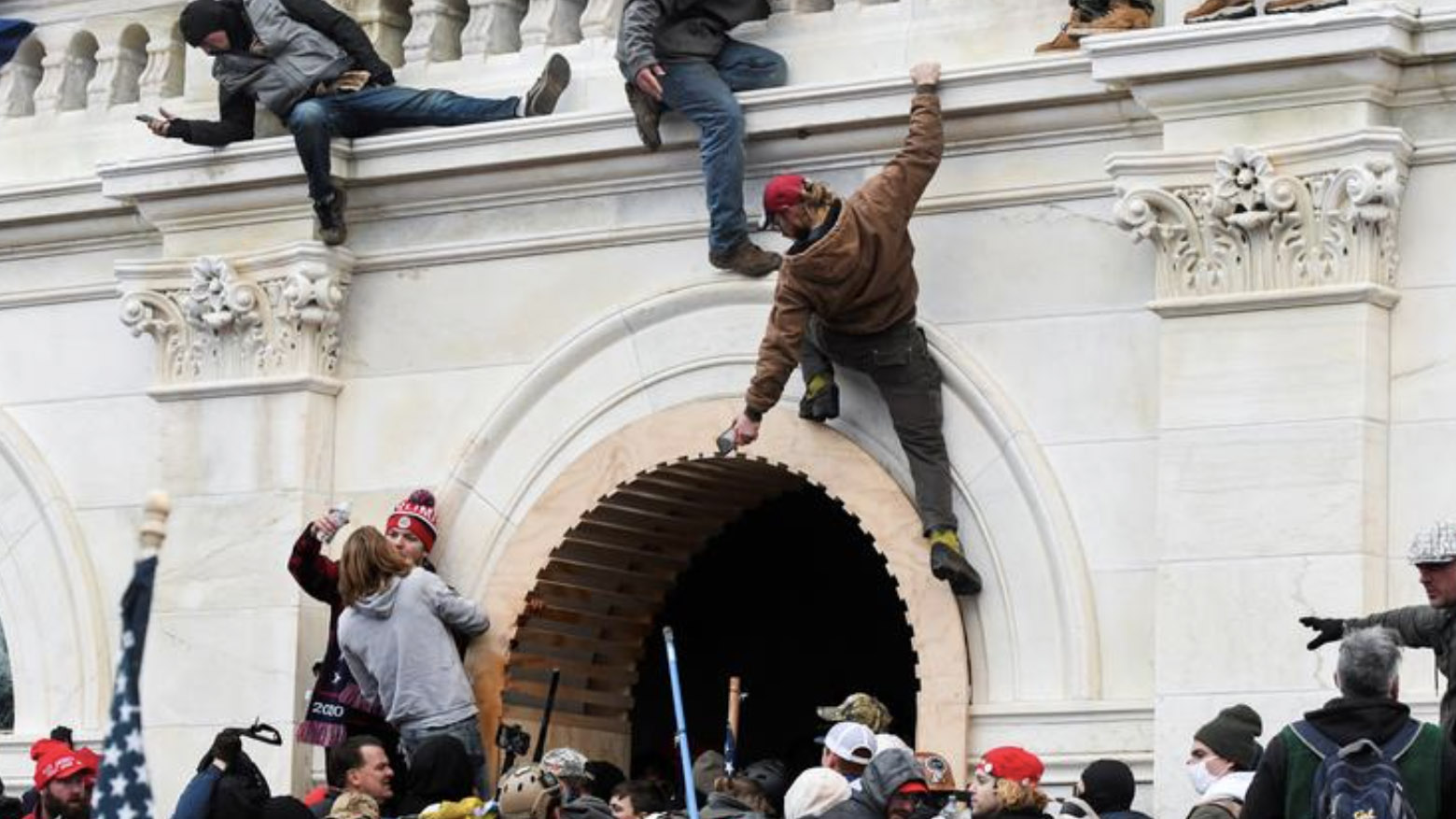 Supporters of US President Donald Trump climb on walls at the US Capitol during a protest, in Washington, US, January 6, 2021. /Reuters via CGTN

"Just as we routinely denounce foreign leaders who use violence and intimidation to interfere in peaceful democratic processes and override the will of their voters, the department's public statements about this episode should also mention President Trump by name," the draft obtained by NBC News read.

"No one – not even the president – is above the law or immune from public criticism."

While a handful of White House staff and administration officials have resigned over Trump's role in inciting the violent demonstration, Pompeo still came to the president's defense on Saturday. He has criticized Twitter's decision to permanently ban Trump's account.

Federal agents arrested two more Capitol Hill rioters whose images had gone viral, of one carrying off the House speaker's lectern and another who wore horns and a fur pelt, while a top Democratic lawmaker called on mobile carriers to preserve social media content related to the chaos.

Dozens of people have been charged following the storming of the Capitol on Wednesday, with the FBI asking the public to help identify participants, given the proliferation of images of the riots on the internet. Five people have died, including a police officer.

On Saturday, Richard Barnett, the man pictured sitting at US House Speaker Nancy Pelosi's desk, was charged with three federal counts including theft of public property. 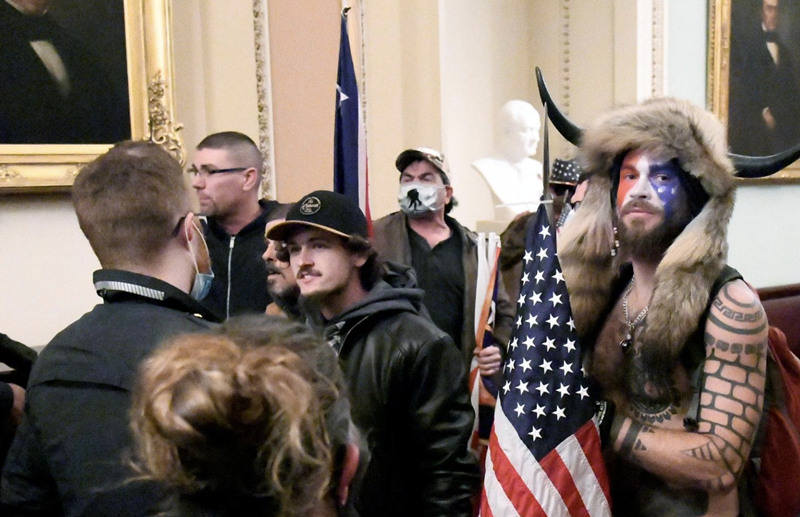 Jacob Anthony Chansley stands with other supporters of US President Donald Trump as they demonstrate on the second floor of the Capitol, in Washington, US, January 6, 2021. /Reuters via CGTN

Jacob Anthony Chansley, who featured prominently on social media wearing horns, a fur pelt, face paint and brandishing a spear adorned with the US flag, turned himself in to police, the Department of Justice (DOJ) said.

"Chansley said that he came as part of a group effort with other 'patriots' from Arizona, at the request of the president that all 'patriots' come to D.C. on January 6, 2021," the DOJ said in a release.

Federal agents also arrested Adam Christian Johnson, whose photo as he smiled and waved as he carried off House Speaker Nancy Pelosi's lectern had also gone viral. Johnson, of Parrish, Florida, also streamed live video on Facebook of himself as he walked the halls of the Capitol, according to the Tampa Bay Times.

A day after the mob in entered the iconic domed building that houses the US House and Senate, lawmakers told harrowing tales of their escapes. Several told Reuters that top Capitol security officials had assured them they would be safe ahead of the planned protests and that everything was under control.

"It wasn't until things really escalated that there was a kind of a panicky state," said Pennsylvania congresswoman Susan Wild, who was at the scene.

As recriminations began in Congress, officials at other branches of government said they could have provided more people to secure the Capitol – but no one from the Capitol Police asked. A senior US defense official said that the Pentagon had been in touch with the Capitol police last week and as late as Sunday but were told that they would not require assistance from the National Guard.

"We asked more than once, and the final return that we got on Sunday, January 3, was that they would not be asking DOD (the Department of Defense) for assistance," said Kenneth Rapuano, assistant secretary of defense for homeland defense and global security.

In interviews with Reuters and in public statements, lawmakers fumed over the failure of the Capitol Police – a 2,000-member force dedicated to guarding the Capitol Grounds – and other agencies. Lindsey Graham, one of Trump's closest allies and chief defenders, said the invaders, many carrying weapons or unsearched backpacks, "could have blown the building up. They could have killed us all. They could have destroyed the government."

"How could we not be prepared?" he asked at a news conference. If the Capitol Police had been in the military, he said, "they would have been relieved of their commands and most likely court-martialed" and tried for crimes in a military court.

Capitol Police did not respond to a request for comment on Thursday evening.