US divisions prove fatal in pandemic

The United States' polarized politics has accelerated the spread of misinformation about COVID-19 and undermined the country's fight against the pandemic, researchers said. 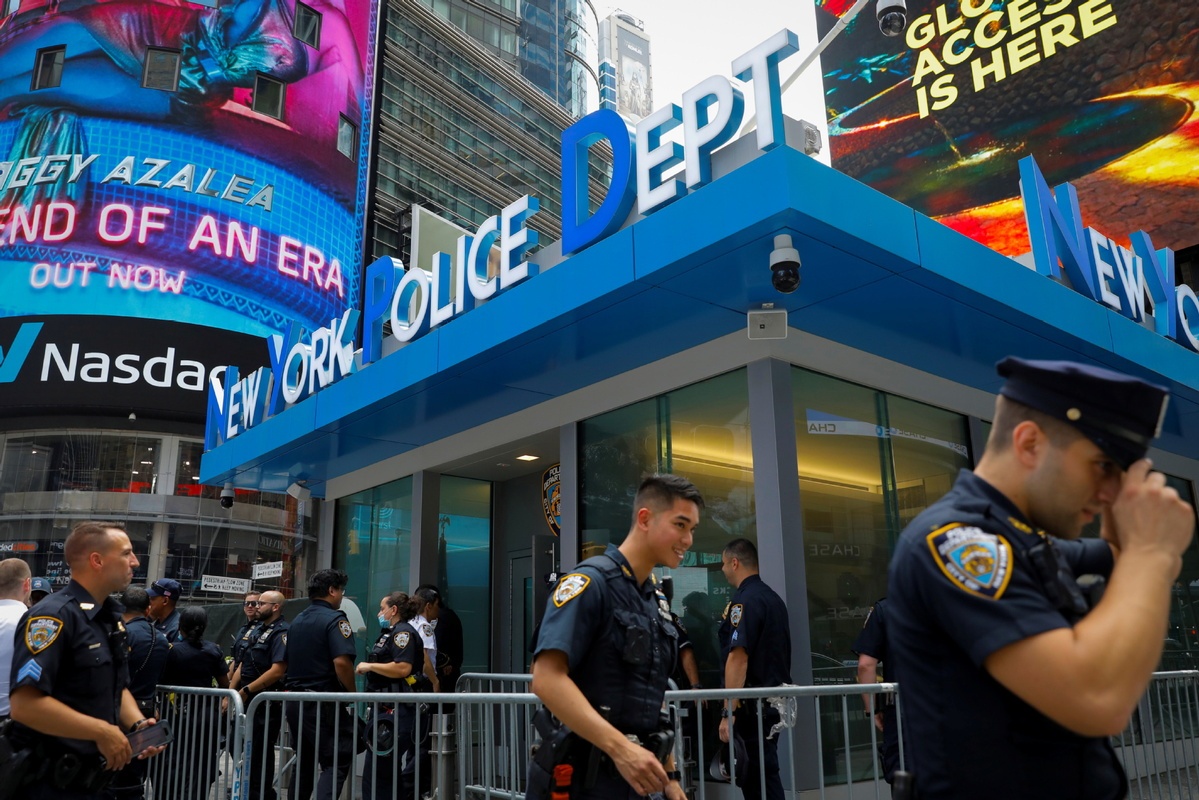 Officers from the New York City Police Department (NYPD) are seen in Times Square after it was announced that members of its force who are not vaccinated against the coronavirus disease (COVID-19) will be required to wear masks on duty in Manhattan, New York, Aug 19, 2021. (Photo: Agencies)

Partisan affiliation has become a decisive factor for many people in determining their behavior and attitude toward the coronavirus, resulting in divisions among the public in carrying out epidemic prevention and control measures, said Jonathan Rothwell, principal economist at US consultancy Gallup.

In addition, political divisions have also resulted in bad policymaking during the pandemic in the US, with politics taking precedence over facts and evidence, he said.

"Ideally, public health policy would be driven by theory and evidence, not the relative power of partisans," he said in a report published on the website of the Brookings Institution, a public policy organization in Washington, DC.

"State leaders have missed opportunities to adopt mask ordinances, limit gatherings in the most dangerous indoor spaces, and allow businesses to operate safely. Bad COVID policy, distorted by partisanship, has cost lives and jobs, as our work shows."

Although the US has the most advanced technologies and some of the world's best public health resources, the country has been hit the hardest by the COVID-19 pandemic. More than 624,000 people have lost their lives to the disease.

Francis Collins, director of the US National Institutes of Health, said in an interview on Sunday that politics, polarization and misinformation are holding back COVID-19 prevention and control efforts in the US. Even wearing a mask, a simple but effective method to prevent the spread of the virus, has become politicized, he said.

"The most advanced technological society on the planet has somehow slipped into a space where the evidence and the basis for making decisions on facts has gotten pushed aside by politics, by social media conspiracies, and by this incredible depth of anger and grievance that seems to be held by so many", he said.

Mathias Osmundsen, an assistant professor in the Department of Political Science at Aarhus University in Denmark, said that in a highly polarized political system, Republicans and Democrats want to share with the public information that serves the interests of each party while denigrating opponents. This pattern helps to drive the spread of fake news.

Osmundsen and his colleagues examined the Twitter activity of a large sample of US users and found that the sharing of false news has less to do with ignorance than with partisan political affiliation and the news available to partisans for use in attacking their opponents.

"Both groups want to share politically congruent information," Osmundsen said in a research paper published on the Brookings website.

"Fake news sharing is partisan business-as-usual and reflects a search for information to denigrate political opponents in a highly polarized political system," he said.