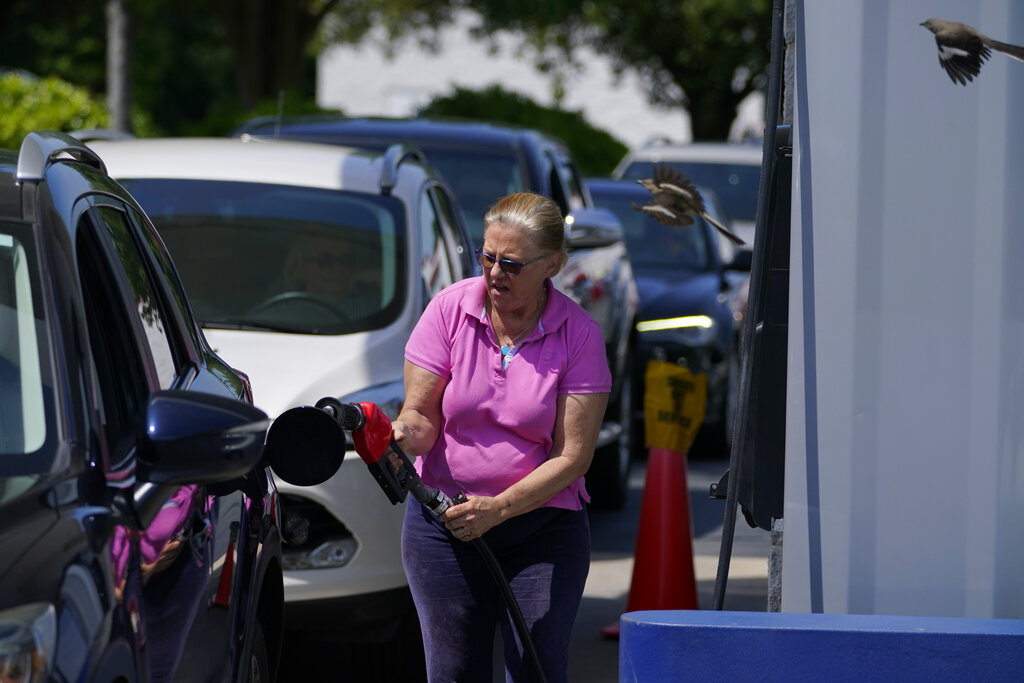 A customer pumps gas at Costco, as others wait in line, on Tuesday, May 11, 2021, in Charlotte, N.C. Gasoline futures are ticking higher following a cyberextortion attempt on the Colonial Pipeline, a vital U.S. pipeline that carries fuel from the Gulf Coast to the Northeast. (Photo: AP)

According to EIA, pipeline shipments move at approximately five miles per hour, so some markets may need to rely on inventories for several days after the Colonial Pipeline Company service is restored.

The Colonial Pipeline Company, operator of the pipeline carrying gasoline and diesel fuel to U.S. east and southeast parts, temporarily halted all pipeline operations after the cybersecurity attack involving ransomware was detected on Friday.

EIA said that before the fully restoration of Colonial Pipeline's service, markets along the Atlantic Coast with access to deepwater ports can receive limited imports from the global market and from marine shipments via coastwise compliant shipping originating from the U.S. Gulf Coast.

Central Atlantic and Northeast markets can import petroleum products from Europe and Canada, and they can also obtain supplies from in-region refineries, the agency said.

According to EIA's most recent Weekly Petroleum Status Report, on April 30, motor gasoline stocks in the New England and Central Atlantic regions were a combined 40.8 million barrels, or about 1 percent more than the five-year average. Total motor gasoline stocks in the Lower Atlantic region were 23.8 million barrels, 9 percent less than the five-year average.