WORLD US economic growth in Q1 unrevised at annualized 6.4 pct

US economic growth in Q1 unrevised at annualized 6.4 pct

WASHINGTON, May 27 (Xinhua) -- The US economy grew at an annual rate of 6.4 percent in the first quarter of 2021, the US Commerce Department reported Thursday in its second estimate. 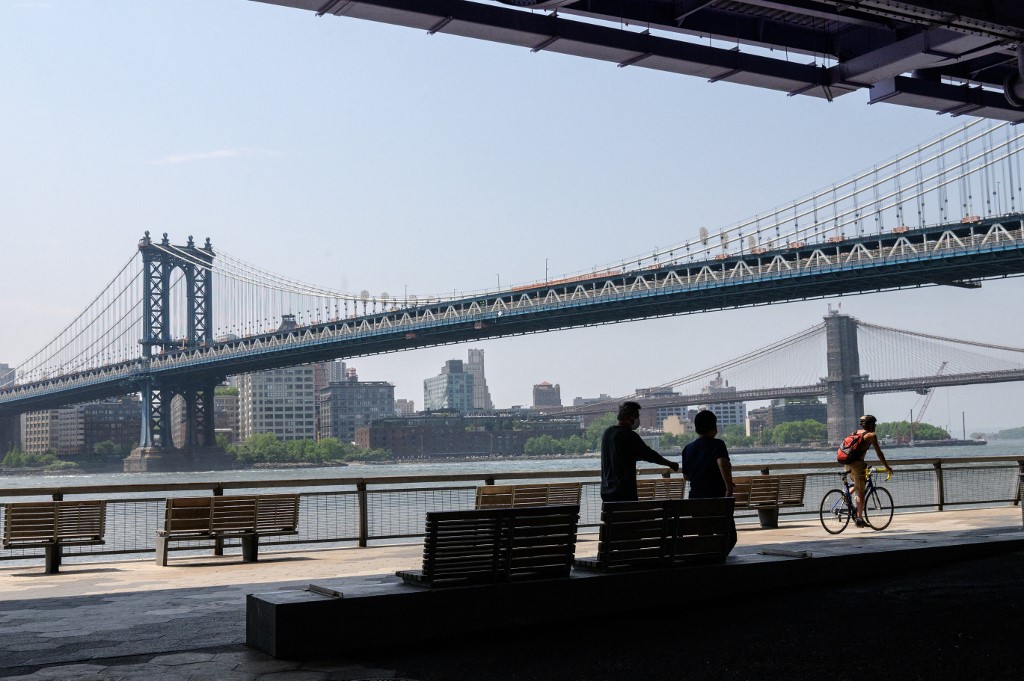 People walk with view of the Manhattan Bridge and Brooklyn Bridge on May 26, 2021 in New York City. (File photo: AFP)

Upward revisions to consumer spending and nonresidential fixed investment were offset by downward revisions to exports and private inventory investment, according to the latest estimate released by department's Bureau of Economic Analysis, one month after the "advance" estimate.

Imports, which are a subtraction in the calculation of gross domestic product (GDP), were revised up.

"The increase in first quarter GDP reflected the continued economic recovery, reopening of establishments, and continued government response related to the COVID-19 pandemic," the bureau said.

Jay Bryson and Shannon Seery, economists at Wells Fargo Securities, wrote in an analysis that the overall rate of real GDP growth was driven by broad-based increases in many of the underlying spending components.

They noted that gross domestic income grew at a robust rate of 6.8 percent, boosted in part by stimulus checks and supplemental unemployment benefits that were included with the fiscal relief packages signed into law in December and March.

The latest GDP data was released on the same day as the Labor Department reported that initial jobless claims in the country dropped for a fourth straight week to 406,000, a new low since the COVID-19 pandemic ravaged the labor market early last year.

"With the service sector reopening while other household and business spending remains strong, I expect rapid growth to continue for some time before slowing to a still robust pace next year," Federal Reserve Vice Chair for Supervision Randal Quarles said at a virtual event held by the Brookings Institution on Wednesday.

Quarles said that a significant portion of the recent boost to inflation will be "transitory", expecting inflation to begin subsiding at some point over the next several months and to be running close to the Fed's longer-run goal of 2 percent again at some point during 2022.

The Fed official also noted that improvement in the labor market has been slower than he would have liked. "The unemployment rate has decreased only 0.6 percentage points to 6.1 percent, and the labor force participation rate is still nearly the same as it was at the time of the December meeting," he said.