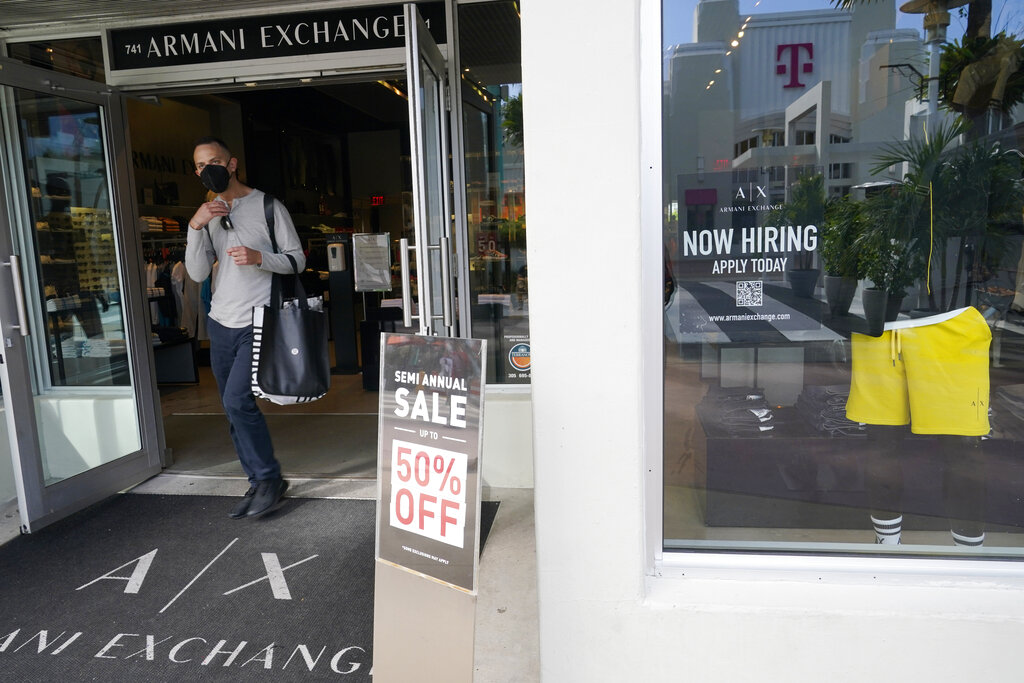 For sale and hiring signs are displayed at an Armani Exchange store, Friday, Jan. 21, 2022, in Miami Beach, Fla. (Photo: AP)

The United States added 431,000 jobs in March and the unemployment rate fell to 3.6 percent, bringing the labor market closer to where it was before the Covid-19 pandemic began, the government said Friday.

While payroll growth was slightly below analysts' forecasts, the unemployment rate dipped more than expected and is now near the 3.5 percent level seen in February 2020, before the mass layoffs that occurred as Covid-19 broke out nationwide.

The number of unemployed people declined to six million, according to the Labor Department report, just above its 5.7 million level before the pandemic, while the number of people whose employment ended involuntarily or who completed a temporary job was 1.4 million, also close to where it was in February 2020.

However the number of employed people was still 1.6 million short of its pre-pandemic level, the data said.

Employment gains were widespread last month, with the leisure and hospitality sector, which encompasses the bars and restaurants that bore the brunt of the pandemic's layoffs, adding 112,000 positions.

Average hourly earnings continued to tick higher amid an overall spike in US inflation, rising 5.6 percent over the past 12 months, the report said.

The Labor Department also revised higher its employment totals for January and February, saying they were a combined 95,000 higher than first reported.