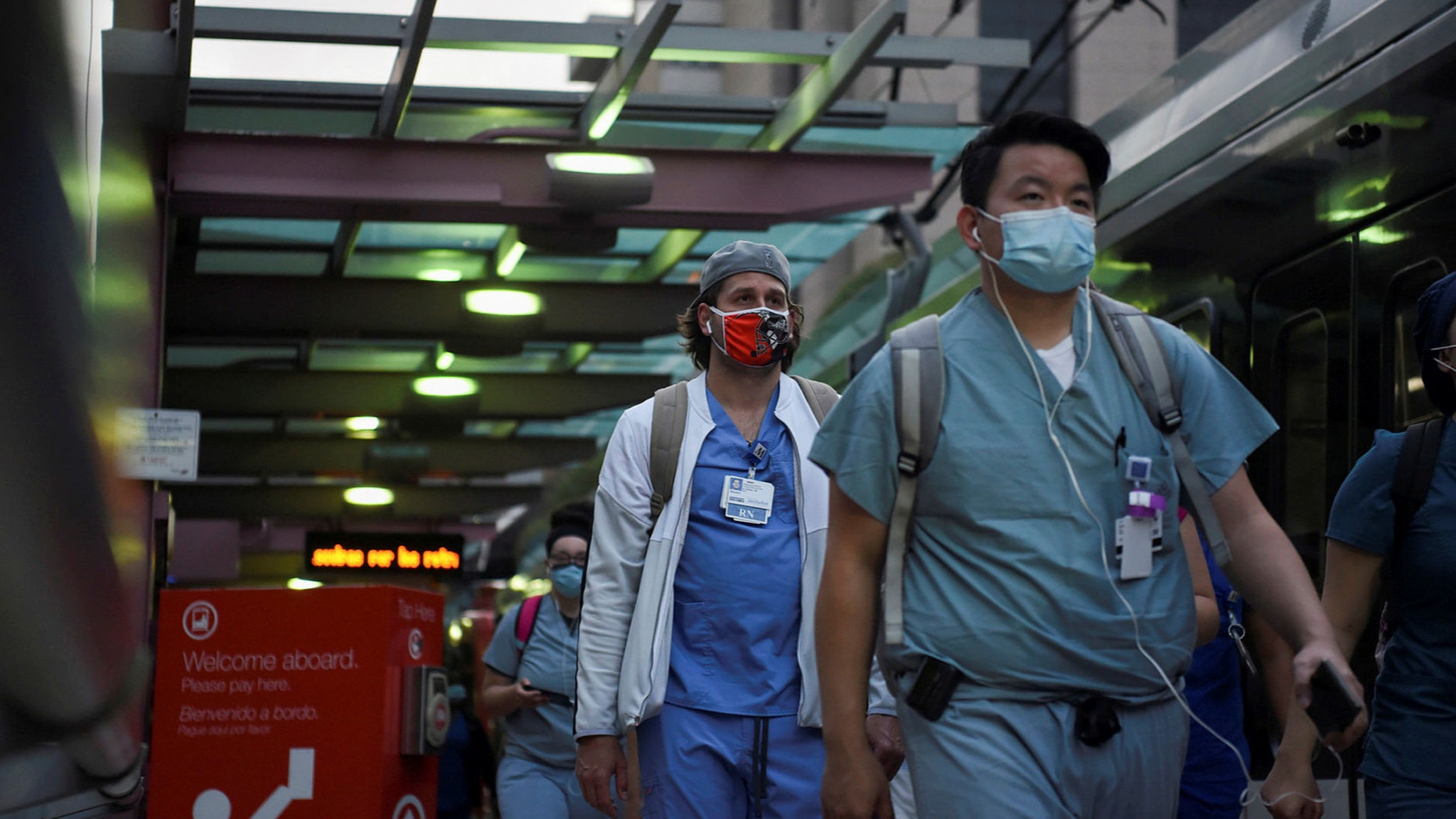 WASHINGTON, July 20 (Xinhua) -- The resurgence of COVID-19 cases across the United States is raising the risk of a double-dip recession if the country is unable to reign in the pandemic, economists have warned.

A total of 34 U.S. states have seen increasing rates of COVID-19 infection since the Memorial Day weekend in late May, with the majority of new infections occurring in the south and southwest, said Joseph Brusuelas, chief economist at accounting and consulting firm RSM US LLP.

"Nationally, we registered more than 68,000 reported cases per day in the second week of July. That is twice the April peak of 32,000 cases per day recorded in the first wave of infections centered along major population centers in the Northeast, Chicago and the West Coast," Brusuelas wrote Monday in a blog post.

"Given the current rate of infection, and unless states quickly respond to that spread by reinstating restrictions on social interaction, we expect the number of infections to approach and surpass 4 million cases in late July," Brusuelas said.

As of Monday night, the number of confirmed COVID-19 cases in the United States topped 3.8 million with more than 140,000 deaths, according to a tally by Johns Hopkins University.

Mark Zandi, chief economist of Moody's Analytics, believed that the "overly rapid" business reopenings, combined with the "chaotic management" of the healthcare crisis, has reignited the pandemic.

"The economic damage is already becoming clear. Initial claims for unemployment insurance, which fell sharply from mid-April to early June, have been stuck at over 2 million per week," Zandi wrote Monday in an analysis, expecting more job losses later this summer as some businesses are required to close again or at least impose tighter social distancing measures.

"This sounds like a double-dip recession or W-shape outlook. Indeed, the only reason we expect a better outcome, namely a more-or-less flat economy between now and when the pandemic ends with a vaccine that is widely distributed and adopted, is that we expect lawmakers to step up," Zandi noted.

U.S. Congress, which returned to work on Monday, is under immense pressure to craft a new fiscal package, including further aid to households and businesses, before a looming deadline for enhanced unemployment benefits.

Some 25 million Americans are set to lose 600 U.S. dollars a week each in federal unemployment benefits at the end of the month, according to local media.

"If they fail to agree to help out hard-pressed state and local governments; extend the enhanced unemployment insurance benefits, at least in part; and provide more income support such as another round of stimulus checks, then the economy will quickly descend back into recession," Zandi said.

"This double dip may not be the most likely outcome, right now. But it is a highly plausible worst-case scenario if the national spread of the virus is not brought under control soon," said Gavyn Davies, chairman of Fulcrum Asset Management and former head of the global economics department at Goldman Sachs.

Economists at IHS Markit also wrote in a recent report that the recent rise in COVID-19 infection rates in large countries, including the United States, India and Brazil, underlines the fragility of the rebound and the risk of a W-shaped economic cycle.

"The new wave of infections has reduced the probability of a V-shaped cycle, something to which we did not subscribe, and increased the risk of a double-dip recession (W-shaped cycle)," the report said, noting a second economic downturn could arrive in late 2020 or early 2021.

The U.S. economy officially entered a recession in February, ending a decade-long recovery from the 2008 global financial crisis, according to the National Bureau of Economic Research.

While U.S. employment, retail sales and other economic data rebounded in May and June as states gradually eased lockdowns and reopened, high frequency data points to a stall in U.S. economic activity in recent weeks amid the COVID-19 resurgence.

At least 22 U.S. states have either paused or partially reversed their efforts to reopen their economies to limit the spread of COVID-19, local media reported.

Noting that the premature reopening of the U.S. economy has exacerbated the pandemic, Brusuelas said "it has become increasingly clear that there will not be a meaningful domestic or global economic recovery until an effective coronavirus vaccine regimen is in place."