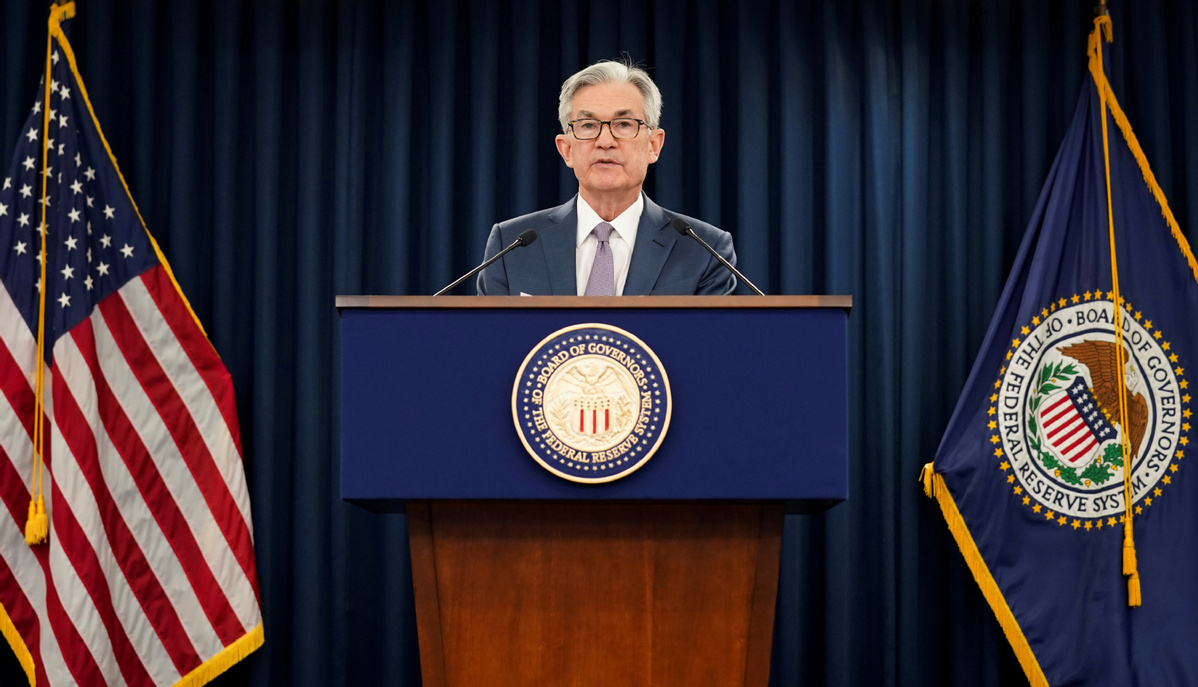 US Federal Reserve Chairman Jerome Powell speaks to reporters after the Federal Reserve cut interest rates in an emergency move designed to shield the world's largest economy from the impact of the coronavirus, in Washington, March 3, 2020. (Photo: Agencies)

The coronavirus pandemic has ended a decade of US economic expansion, but the Federal Reserve pledged on Wednesday to use every tool it has to help fuel a recovery.

The US central bank warned that the virus continues to pose "considerable risks" to the economy, which after a 4.8 percent contraction in the first three months of the year likely will see an "unprecedented" decline in the second quarter.

Many analysts believe the US is now in a recession, although the definition is two consecutive quarters of negative growth. In the fourth quarter of 2019, the GDP grew 2.1 percent.

After record job losses in just a few weeks, Fed Chairman Jerome Powell said that unemployment will take time to come down to the low level of recent years.

The country's GDP decline in the January-March period－the biggest fall since the 2008 financial crisis－came after the pandemic forced businesses to close and halted purchases and investments, the US Commerce Department said on Wednesday.

The grim numbers underscore the damage done to the world's largest economy by the pandemic, which has already caused an estimated 26 million job losses and sent US Congress and US President Donald Trump scrambling to cut the losses.

The coronavirus outbreak in United States has grown into the world's largest and deadliest, with the country's caseload rising to 1,039,909 and deaths hitting 60,966, after surpassing the death toll of 58,220 in the Vietnam War on Tuesday.

The economic contraction is all the more worrying since the most strict business shutdowns and stay-at-home orders did not occur until the final weeks of March. The Commerce Department acknowledged that it could not quantify the full economic effects of the virus.

Powell warned that "economic activity will likely drop at an unprecedented rate in the second quarter "at a rate "worse than we've seen".

Meanwhile, private sector economists are predicting a decline in growth by as much as 40 percent in the second quarter amid a collapse in consumer spending and business investment.

As for job losses, companies are beginning to make more permanent cuts due to the uncertain outlook, including aerospace giant Boeing, which plans to slash 10 percent of its workforce.

It will take "some time to get back to anything nearly resembling full employment", Powell said.

The Fed moved quickly to get ahead of the bad news, slashing the benchmark lending rate to zero by the middle of last month following two emergency meetings.

And the Fed's policy-setting Federal Open Market Committee at the conclusion of its two-day meeting on Wednesday pledged to hold rates at zero "until it is confident that the economy has weathered recent events and is on track to achieve its maximum employment and price stability goals".

Powell said while the US economy should rebound in the third quarter "it's unlikely that it would bring us quickly all the way back to precrisis levels".

The central bank is "committed to using our full range of tools to support the economy ... to assure that the recovery when it comes will be as robust as possible," Powell said at a news conference.

And while the US Congress too has moved quickly to provide support for businesses and households, "it may well be the case that the economy will need more support from all of us, if the recovery is to be a robust one".

And now is "not the time" to let a concern about fiscal deficits "get in the way of us winning this battle", Powell added.