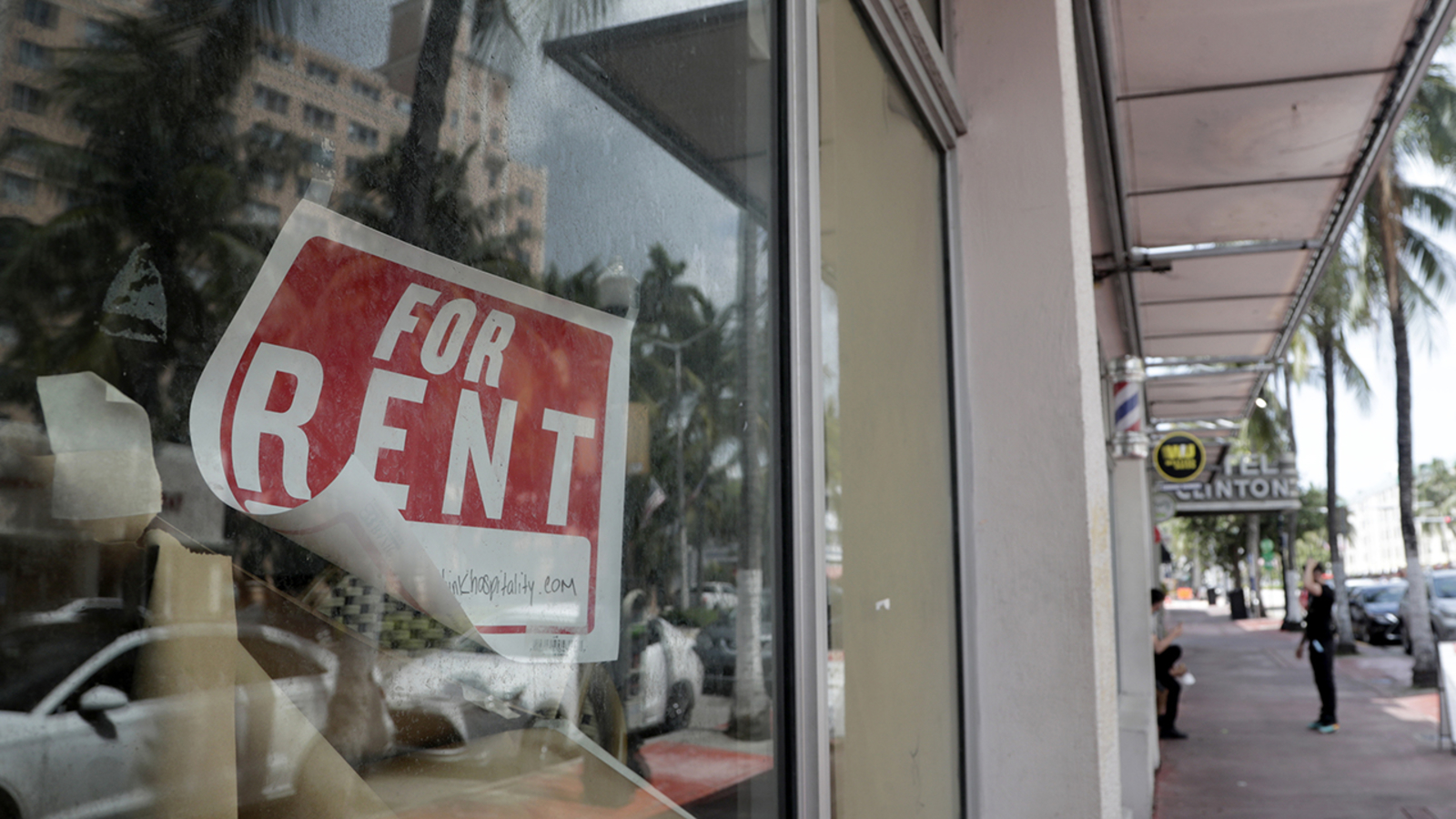 A For Rent sign hangs on a closed shop during the coronavirus pandemic in Miami Beach, Fla. (File photo: AP)

The U.S. economy shrank at a dizzying 33% annual rate in the April-June quarter — by far the worst quarterly plunge ever — when the viral outbreak shut down businesses, throwing tens of millions out of work and sending unemployment surging to 14.7%, the government said Thursday.

The Commerce Department’s estimate of the second-quarter decline in the gross domestic product, the total output of goods and services, marked the sharpest such drop on records dating to 1947. The previous worst quarterly contraction, a 10% drop, occurred in 1958 during the Eisenhower administration.

Last quarter’s drop followed a 5% fall in the January-March quarter, during which the economy officially entered a recession triggered by the virus, ending an 11-year economic expansion, the longest on record in the United States.

The contraction last quarter was driven by a deep pullback in consumer spending, which accounts for about 70% of economic activity. Spending by consumers collapsed at a 34% annual rate as travel all but froze and shutdown orders forced many restaurants, bars, entertainment venues and other retail establishments to close.

The job market, the most important pillar of the economy, has been severely damaged. Tens of millions of jobs vanished in the recession. More than 1 million laid-off people have applied for unemployment benefits for 18 straight weeks. So far, about one-third of the lost jobs have been recovered, but the resurgent virus will likely slow further gains in the job market.