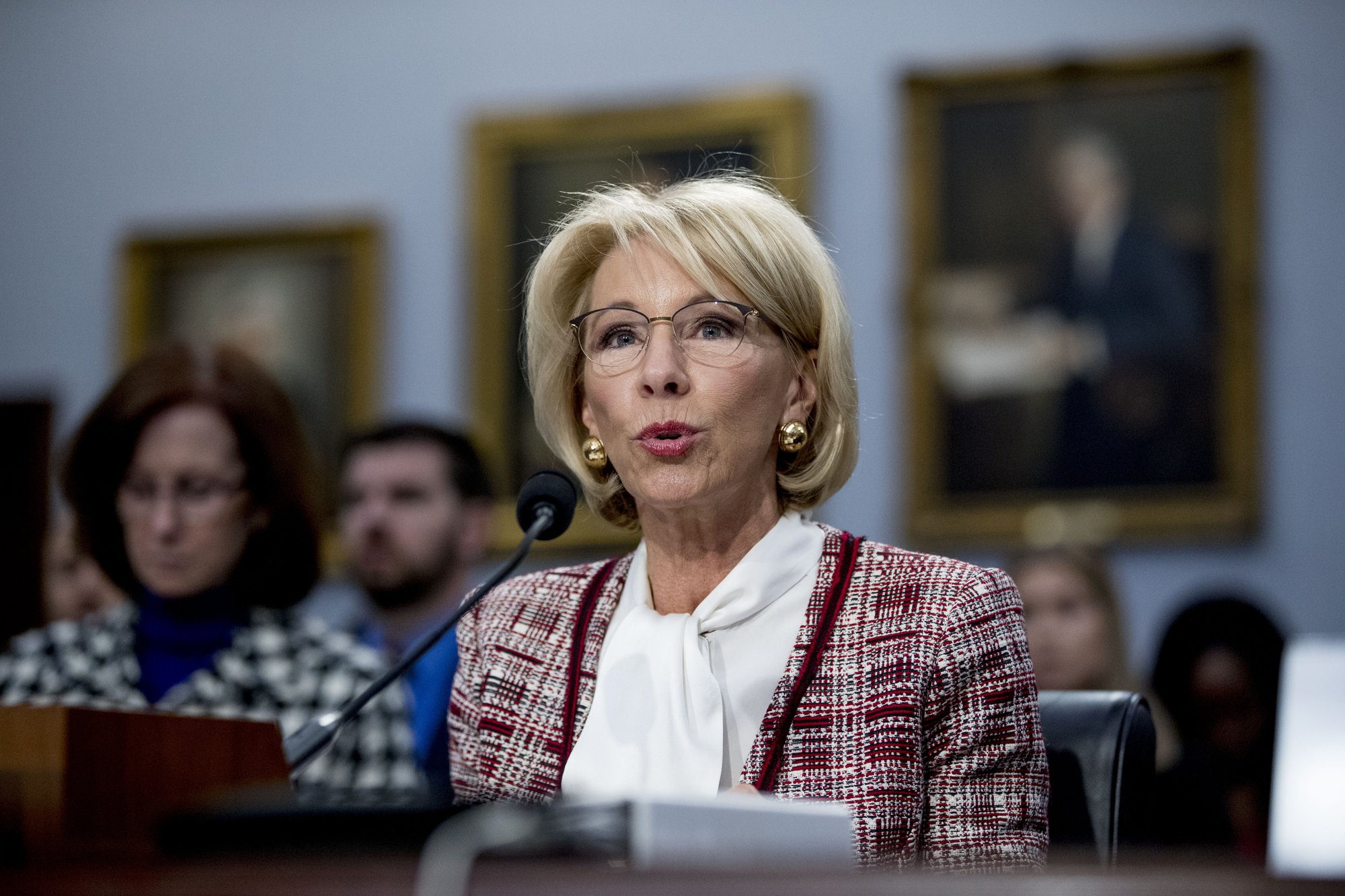 Eight universities embroiled in a massive college admission cheating scheme are now being investigated by the US Education Department.

Letters sent to the schools Monday and obtained by The Associated Press say the department is conducting a “preliminary investigation” to determine whether they violated federal laws or rules surrounding the management of federal student aid.

A department spokeswoman said the agency does not confirm or comment on ongoing investigations. Education Secretary Betsy DeVos previously called the bribery scheme “disgraceful,” saying students should get into college based on their merits.

The inquiry stems from a sweeping scheme uncovered by the Justice Department in which wealthy parents allegedly paid bribes to get their children admitted to elite US schools.

Among 50 people charged were parents, college sports coaches and athletics officials, but the schools themselves have not been targeted.

Still, the Education Department’s letter told colleges that the allegations “raise questions about whether your institution is fully meeting its obligations” under federal education laws.

Several schools confirmed that they received the letter and said they will work to provide records and information requested by the department.

The University of Southern California issued a statement saying it will “fully cooperate” and will “continue to comply with all laws and regulations.”

Yale President Peter Salovey said he received the request “and will respond appropriately.”

The University of Texas at Austin said it is working with the department while it also conducts its own internal review.

In total, 33 parents have been charged with rigging standardized test scores and bribing college coaches to guarantee their children’s admission. In the bribery scheme, coaches in sports from sailing to soccer are accused of accepting bribes to recruit students as athletes even though, in some cases, the students didn’t play the sport.

At the center of the case is William “Rick” Singer, an admissions consultant accused of orchestrating the scheme for years while catering to a rich clientele that included Hollywood stars and business executives.

The Education Department’s letter demands a wide range of information from colleges, including all admissions policies since 2009, any records subpoenaed by another agency, and any records detailing how the schools review the admission of students recruited for athletic teams.

It also requests information about employees and students implicated in the scheme, including any disciplinary action taken against employees, and student applications, letters of reference, exam scores and records indicating if they received federal student aid.

Department officials reminded the eight schools that in order to receive federal student aid, they’re required to establish procedures to manage it properly. They’re also required to report any “credible” evidence of fraud, misrepresentation or other illegal conduct.

Schools found to have committed “substantial misrepresentation” can have their access to federal student aid limited or revoked entirely. The letter warns that those penalties apply to statements “made directly or indirectly to prospective students.”