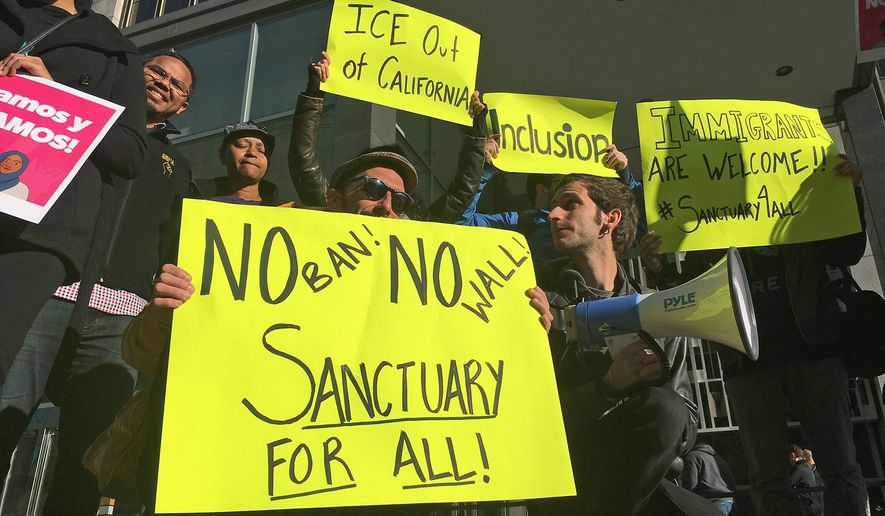 According to the center for immigration studies, there are over 360 counties and 39 cities in the US with active sanctuary laws that aid undocumented immigrants. Local police departments enjoy the support they have received from immigrant communities which is encouraged by the U-visa program, first launched in 2000. For undocumented immigrants who report a crime, they can obtain a visa which can lead to a green card.

Labor statistics have found that last year almost 40 percent of all undocumented immigrants working in the US were victims of wage fraud, while over 80 percent who worked overtime were never paid for the extra hours.

US Labor Department officials have received multiple reports of undocumented immigrants working for small businesses and independent contractors who have been forced to endure rampant abuse ranging from wage theft and not being paid for overtime hours, to having their salaries slashed without reason.

A report from the Los Angeles Times found one home contractor in Arcadia, an affluent suburban community in the San Gabriel Valley, had hired an undocumented immigrant at $150 a day. After a week passed without receiving payment, the employee asked when he would get paid, the boss “snapped,” and threatened to notify deportation officials.

Over 90 immigration-related retaliation claims were filed last year by undocumented immigrants with the California Labor Commissioner’s office. In 2015, the same office only received seven claims.

Other states have made it harder for honest and hard-working undocumented immigrants to provide for their families. Texas lawmaker passed a measure banning sanctuary laws, and Florida tried to pass a similar bill, but failed to push it through.

Meanwhile, sanctuary opposition has become more active and organized. Anti-immigration groups like Respect Washington, from the Northwest state, once circulated a flier listing the home addresses of undocumented immigrants living in a Seattle suburb who had allegedly committed crimes from 2008 to 2017.

New arrivals are entitled to the same federal and state laws as US citizens. A city’s sanctuary status does not provide protection from deportation for immigrants with a criminal record, but it does slow the process.

According to a 2016 Pew Research Center report, 26 percent of all undocumented immigrants in the US work in the agriculture industry.  The construction sector employs 16 percent.

Employee abuse, wage theft and sexual harassment are the biggest threats to the undocumented.

During the first four months of 2017, a report from the American Prospect found that ICE arrested over 40,000 who were in the country illegally, up 40 percent from the previous year. Meanwhile, the number of arrests for undocumented immigrants without a criminal record have doubled.

The another report out of the UK found that when Department of Labor officials end an investigation, whether it involves denied wages or rest breaks, undocumented immigrants are declining their settlement money out of deportation concerns.

“I’ve never seen anything like this,” said one official.