WORLD US energy emissions continued to rise in 2018

US energy emissions continued to rise in 2018 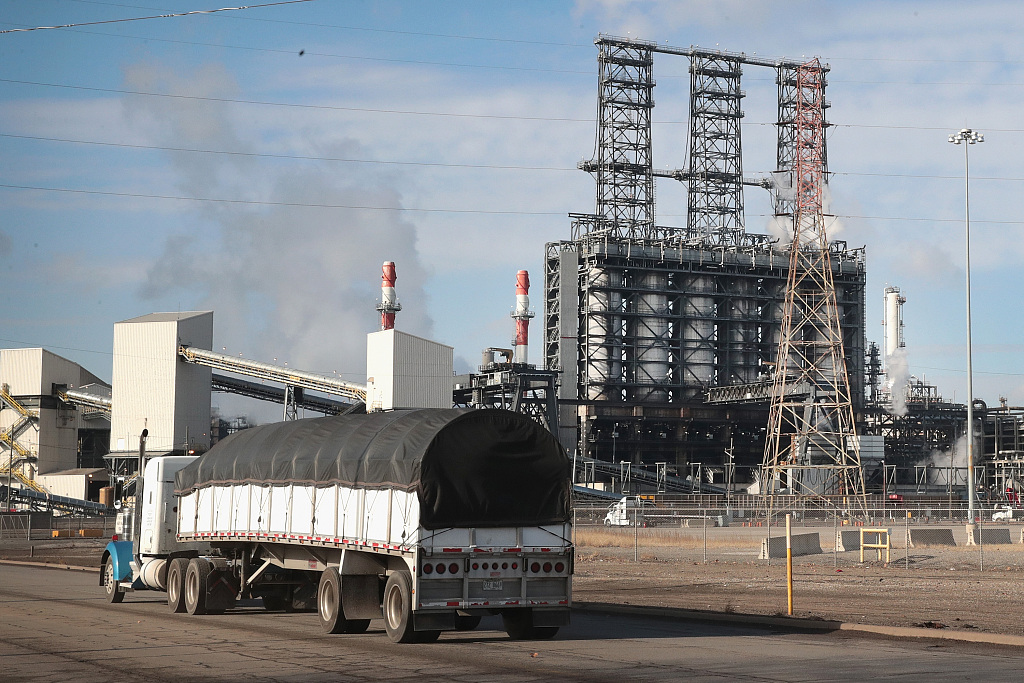 A truck passes by the BP refinery on January 08, 2019 in Whiting, Indiana. Despite the closing of a large number of coal-fired power plants, carbon dioxide emissions in the United States rose 3.4 percent last year according to a report from the Rhodium Group. A rise in emissions from factories, trucks and planes contributed heavily to this increase. (File photo: VCG)

Carbon dioxide emissions significantly increased in the US in 2018, according to a study released Tuesday by research firm Rhodium Group. Analysts estimate that energy-­related CO2 emissions grew 3.4 percent from 2017 to 2018, which would be the largest increase in the US since 2010.

Coal continued to lose momentum, with 2018 setting a record for coal-fired power plant closures, according to the study. But natural gas - not wind turbines or solar power - replaces coal in most cases. Natural gas emits less greenhouse gas than coal, and has fueled most of last year's rise in electricity demand, beating solar and wind.Fuels consumed by the transport sector were for the third year in a row the largest source of carbon dioxide emissions in the US.Emissions have increased because of trucking and air travel, while CO2 pollution from individual cars was stable compared to 2017.The report covers CO2 emissions linked to energy, which accounts for about three quarters of the total greenhouse gas emitted in the US.Official figures of total greenhouse gas emissions will not be published until 2020 by the Environmental Protection Agency.The trend is clear, however. "The US was already off track in meeting its Paris Agreement targets. The gap is even wider heading into 2019," the report said.