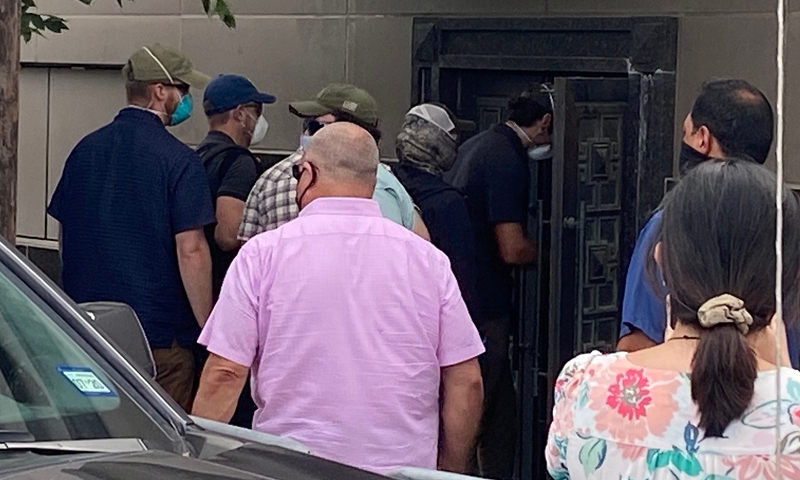 US federal agents and local law enforcement entered China's consulate compound in Houston after it was forced to close on Friday local time, according to CNN reports. Several SUVs, trucks, two white vans and a locksmith's van entered the property, CNN reported.

The consulate compound is a diplomatic and consular premises and China's state property. The US side cannot trespass upon the compound in any form according to the Vienna Convention on Consular Relations and the  China-US Consular Treaty, Wang said.

Jin Yongming, a research fellow with the Shanghai Academy of Social Sciences, explained to the Global Times on Saturday that a legal procedure to close one country's consulate in another country should be that the host country gives the reason and negotiates with the appointing country.

Even if the US had asked for the consulate to close, regardless the compound is rented or has been purchased by the Chinese consulate, US legal enforcement authorities are not entitled to enter the compound without the consulate's consent, Jin noted.

"US move violates the Vienna Convention on Consular Relations, to which the US is signatory. Article 27 of the Convention requires states to protect the premises, archives and property of the consular in the event of the severance of consular relations or closure of a consular post," Wang Jiangyu, a professor of law at the City University of Hong Kong, told the Global Times on Saturday.

After the US ordered China to close its consulate in Houston within 72 hours on July 21, Chinese consulates in the US have expressed strong condemnation and opposition to the move. 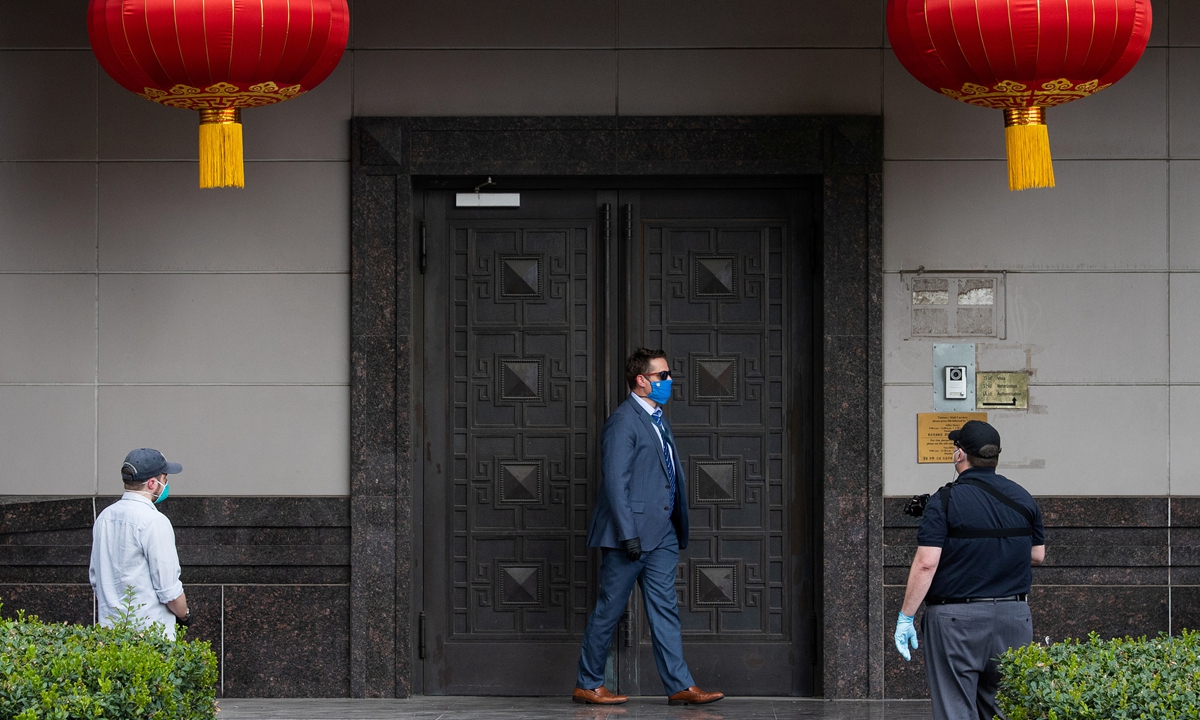 In an open letter released on Saturday by the Cai Wei, China's Consul General in Houston, Cai noted that the move will not strop Chinese governments' communication with the US and no one can stop the bright prospects of China-US cooperation.

The Chinese consulate in New York also slammed the closure calling it a political provocation unilaterally launched by the US, which seriously violates international law and the basic norms of international relations and is intended to damage bilateral ties.

China will take other legitimate and necessary action if the US does not withdraw the wrong decision, the New York consulate warned in a post on its website Saturday.

China has retaliated by ordering the US to shut its consulate in Chengdu, Southwest China's Sichuan Province on Friday.

Statements from the two Chinese consulates show the country  will continue to develop bilateral ties focusing on long-term interests, while US politicians are using China as a tool for the upcoming presidential election, Li Haidong, a professor at the Institute of International Relations of the China Foreign Affairs University, told the Global Times on Saturday.

In the past month, the US's strategy on China has fallen into a state of madness, as it keeps creating conflicts, while China is making efforts to cut losses caused by the US, Li said.

But there are still possibilities for China-US ties to develop in a better direction in the future, according to Li. No matter who takes office after the election, the president has to consider US' interests and fix ties with China, Li noted.

China always upholds the principle of noninterference in the domestic affairs of other countries and Chinese diplomatic organs in the US are committed to bilateral communication and cooperation, the consulate in New York said.

US policies should conform with mainstream public opinion when dealing with China-US relation, not the paranoid ideas of some politicians, the consulate noted.

The New York consulate said it would continue to promote bilateral communication and cooperation, as well as  friendship in the consular districts.

Zhao Xin, a lecturer at the School of International Law at the China University of Political Science and Law, noted that the US' order to close the Chinese Consulate General in Houston and now the entry are both very rare and ludicrous acts in the history of diplomacy.