WORLD US envoy: 'Agreement in principle' on Afghan peace talks

US envoy: 'Agreement in principle' on Afghan peace talks 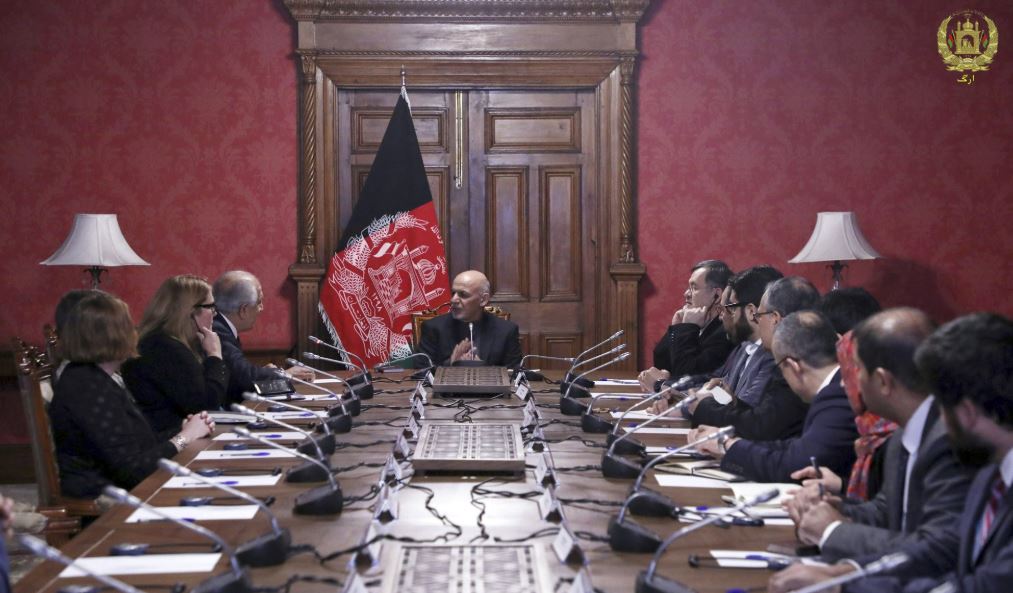 Negotiators for the US and the Taliban insurgents have reached “agreements in principle” on key issues for a peace deal that would end 17 years of war in Afghanistan, the top US envoy said Monday.

The statement by US envoy Zalmay Khalilzad followed six days of talks last week with the Taliban in Qatar, where he urged the Islamic insurgent group to enter into direct negotiations with the government of Afghan President Ashraf Ghani.

Ghani on Monday assured Afghans that their rights will not be compromised in the name of peace with the Taliban, who have been staging near-daily attacks against Afghan forces, causing scores of casualties every week. Their offensive has not let up despite the severe Afghan winter and the insurgents now hold sway over nearly half of the country.

Khalilzad said in an interview with The New York Times that an agreement in principle was reached with the Taliban on the framework of a peace deal “which still has to be fleshed out” that will see the insurgents commit to guaranteeing that Afghan territory is not used as a “platform for international terrorist groups or individuals.”

He said the deal could lead to a full pullout of US troops in return for a cease-fire and Taliban talks with the Afghan government.

In his statement released by the US Embassy, Khalilzad said, “We made progress on vital issues in our discussions and agreed to agreements in principle on a couple of very important issues.

“There is a lot more work to be done before we can say we have succeeded in our efforts but I believe for the first time I can say that we have made significant progress,” he said.

Ghani sought to assure Afghans that no deals would be made without Kabul’s awareness and full participation.

“Our commitment is to provide peace and to prevent any possible disaster,” Ghani said in an address to the nation. “There are values that are not disputable, such as national unity, national sovereignty and territorial integrity.”

Ghani’s office said he and Khalilzad met late Sunday in Kabul to discuss details from the talks.

Khalilzad’s statement emphasized the inclusion of the Afghan government in the talks.

“There is a false narrative that Afghans are not included. That is not true. The Afghan voice is there,” he said. “We are working together to get to a comprehensive cease-fire. We are working with the Afghan government, with international partners, to find implementing mechanisms to reach these goals.”

Khalilzad has met with the Taliban on a number of occasions in recent months in the latest bid to end America’s longest war. The US invaded Afghanistan after the Sept. 11, 2001, attacks to topple the Taliban, who were harboring Osama bin Laden and al-Qaida.

The statement from Ghani’s office also claimed that the Taliban demanded from Khalilzad the withdrawal of all foreign troops from Afghanistan, but that there was also no agreement on that issue.

The statement added that Khalilzad has no authority to discuss issues such as a future Afghan administration but that his goal is to facilitate an intra-Afghan dialogue, meaning direct talks between the Taliban and Kabul.

Khalilzad had tweeted Saturday about progress in the talks in Qatar, where the insurgents have a political office, saying: “Meetings here were more productive than they have been in the past.”

“We made significant progress on vital issues,” he tweeted, without offering details.

Abdul Hakim Mujahid, a former Taliban official and currently a member of the High Peace Council, an independent body of clerics and respected Afghan figures, said he believes the Qatar talks resulted in a “good understanding between both sides” but that more discussions are needed in the coming weeks or months.

“Afghanistan’s problem is not so simple that it can be solved in a day, week or month, it needs more time and more discussions,” Mujahid told The Associated Press.

The Taliban have in the past refused to negotiate directly with Kabul — a standing that does not appear to have changed. They have maintained that they are prepared to talk with US officials only and only about the pullout of foreign forces from Afghanistan.

Afghan political analyst Waheed Muzhda says he believes that Khalilzad and the Taliban have reached agreement on both the withdrawal of US forces from Afghanistan and a cease-fire deal, but that neither side is prepared to say so at this point.

“But peace talks are not possible unless both sides first agree on a cease-fire,” Muzhda said.

In Monday’s address to the nation, Ghani also stressed that US and other foreign forces are in Afghanistan because they are needed here and that if there is to be any downsizing or pullout, the Kabul government will have to play a role in the talks.

Ghani also reiterated his call on the Taliban to engage “in direct talks with the Afghan government.”