WORLD US envoy barred from impeachment hearing by State Department

US envoy barred from impeachment hearing by State Department

The US State Department has barred Gordon Sondland, the U.S. European Union ambassador, from appearing Tuesday before a House panel conducting the impeachment inquiry of President Donald Trump, his lawyer said. 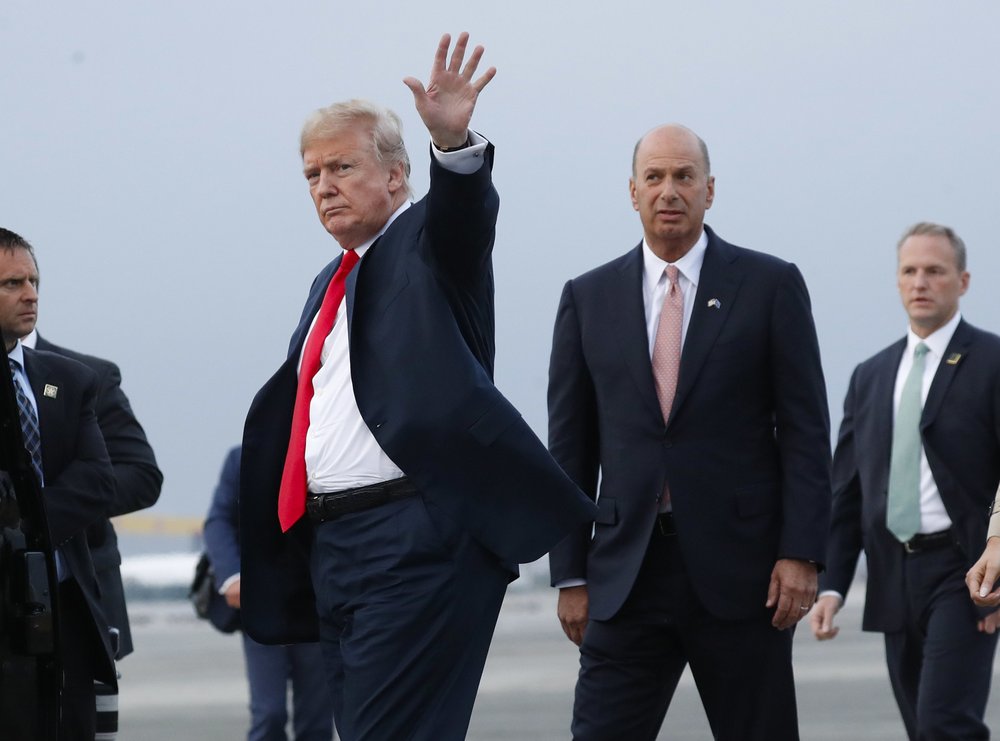 In this Tuesday, July 10, 2018, file photo, President Donald Trump is joined by Gordon Sondland, the U.S. ambassador to the European Union, second from right, as he arrives at Melsbroek Air Base, in Brussels, Belgium. (Photo: AP)

Attorney Robert Luskin said his client was “profoundly disappointed” that he wouldn’t be able to testify.

Luskin did not give a reason, and the State Department had no immediate comment.

A whistleblower’s complaint and text messages released by another envoy portray Sondland as a potentially important witness to allegations that the Republican president sought to dig up dirt on a Democratic rival in the name of foreign policy.

On Tuesday, Sondland had been scheduled to face questions about the episode, the second time in as many weeks that lawmakers would have privately interviewed an ambassador about the president’s push to get Ukraine to investigate Democrat Joe Biden ahead of the 2020 presidential election.

Until last week, Sondland was far better known in his home state of Washington than in the nation’s capital, where he finds himself embroiled in an impeachment inquiry centered on a July 25 call between Trump and the Ukrainian president. But even if not accustomed to the global spotlight, the wealthy hotelier, philanthropist and contributor to political campaigns has long been comfortable around the well-connected on both sides of the political aisle.

Text messages released by House Democrats show Sondland, the U.S. ambassador to the European Union, working with another of Trump’s envoys to get Ukraine to agree to investigate any potential interference in the 2016 U.S. election and also probe the energy company that appointed Biden’s son Hunter to its board. In exchange, the American officials dangled the offer of a Washington meeting with Trump for Ukraine’s new president, Volodymyr Zelenskiy. There has been no evidence of wrongdoing by Biden or his son.

The messages also show Sondland trying to reassure a third diplomat that their actions were appropriate, but that they should take precautions by limiting their text messages.