WORLD US envoy resigns after Trump's decision on Syria: report

US envoy resigns after Trump's decision on Syria: report

WASHINGTON, Dec. 22 (Xinhua) -- Brett McGurk, the US envoy for the global coalition to defeat Islamic State (IS), resigned on Friday, according to media reports. 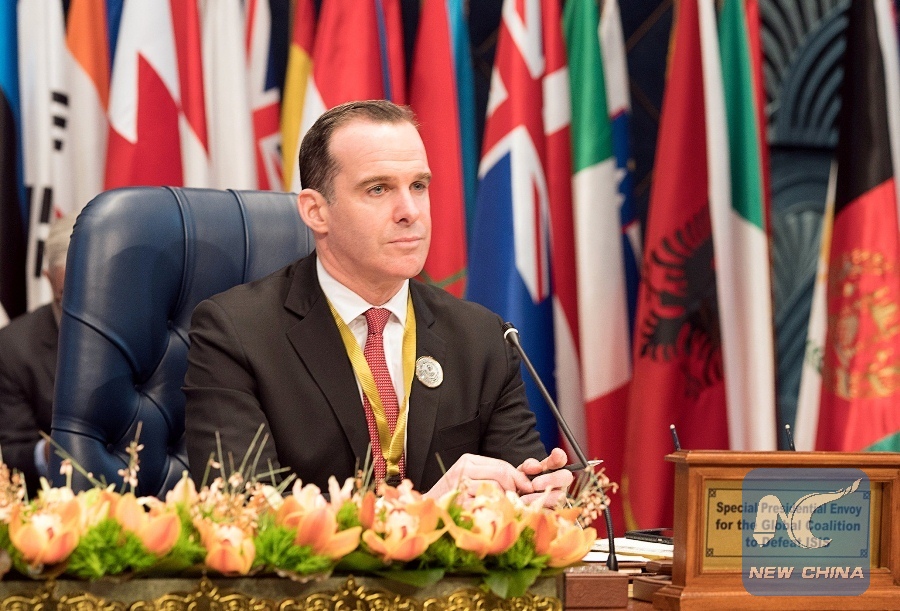 US envoy to the coalition against Islamic State Brett McGurk attends the Kuwait International Conference for Reconstruction of Iraq, in Bayan, Kuwait February 13, 2018. (File photo: Xinhua)

McGurk's resignation has been confirmed and would be effective from Dec. 31, media reports cited a US State Department official as saying.

Similar to US Defense Secretary James Mattis' resignation on Thursday, McGurk's departure was another sign of senior official's objection over the White House's decision to withdraw US troops from Syria.

The Trump administration announced Wednesday that it has started returning US troops home from Syria after claiming a victory in the fight against the Islamic State, declining to provide more details on the exit timetable.

Earlier this month, McGurk said that it would be unwise to withdraw US troops from fighting against IS, "even as the end of the physical caliphate is clearly now coming into sight, the end of ISIS (IS) will be a much more long-term initiative."

The United States has deployed troops to Syria fighting against the IS since 2015, and there are more than 2,000 US soldiers in Syria currently.

Cover image: Brett McGurk, US envoy to the coalition against Islamic State, speaks to during news conference at the US Embassy in Baghdad, Iraq, March 5, 2016. (File photo: VCG)