Brett McGurk, the US envoy to the global coalition fighting the Islamic State group, has resigned in protest to President Donald Trump’s abrupt decision to withdraw US troops from Syria, joining Defense Secretary Jim Mattis in an administration exodus of experienced national security officials. 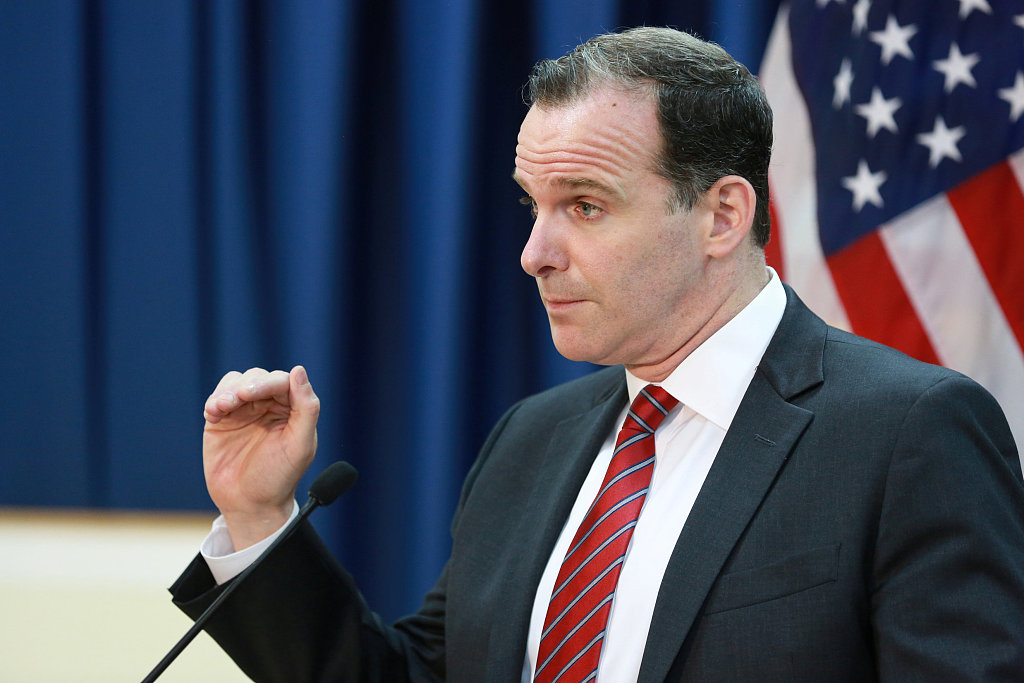 File photo - Brett McGurk, US envoy to the coalition against Islamic State, speaks during news conference at the U.S. Embassy in Baghdad, Iraq June 7, 2017. (Photo: VCG)

Only 11 days ago, McGurk had said it would be “reckless” to consider IS defeated and therefore would be unwise to bring American forces home. He decided to speed up his plan to leave in mid-February.

McGurk, appointed to the post by President Barack Obama in 2015 and retained by Trump, said in his resignation letter that the militants were on the run, but not yet defeated, and that the premature pullout of American forces from Syria would create the conditions that gave rise to IS. McGurk also cited gains in accelerating the campaign against IS, but that the work was not yet done.

His letter, submitted Friday to Secretary of State Mike Pompeo, was described to The Associated Press on Saturday by an official familiar with its contents. The official was not authorized to publicly discuss the matter before the letter was released and spoke on condition of anonymity.

McGurk, whose resignation is effective Dec. 31, was planning to leave the job in mid-February after a US-hosted meeting of foreign ministers from the coalition countries, but he felt he could continue no longer after Trump’s decision to withdraw from Syria and Mattis’ resignation, according to the official.

Trump is acting to pull all 2,000 US troops from Syria and has now declared victory over IS, contradicting his own experts’ assessments. Many lawmakers have called his action rash and dangerous.

Mattis, perhaps the most respected foreign policy official in the administration, announced on Thursday that he will leave by the end of February. He told Trump in a letter that he was departing because “you have a right to have a Secretary of Defense whose views are better aligned with yours.”

The US began airstrikes in Syria in 2014, and ground troops moved in the following year to battle IS and train Syrian rebels in a country torn apart by civil war. Trump, in a tweet this past week, abruptly declared their mission accomplished.