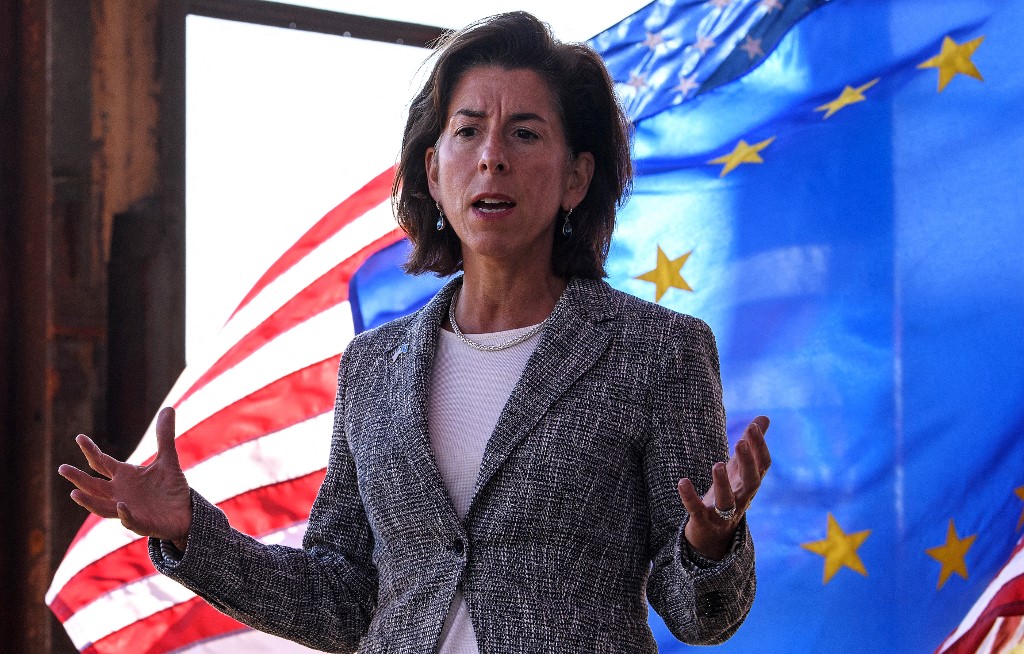 US Secretary of Commerce Gina Raimondo speaks to the press during the inaugural US-EU Trade and Technology Council in Pittsburgh, Pennsylvania, on September 29, 2021. (Photo: AFP)

U.S. Commerce Secretary Gina Raimondo has announced that the United States and the European Union agreed on Saturday to lift tariffs on imported steel and aluminum, ending a dispute that has strained their trade ties since former U.S. President Donald Trump imposed the levies three years ago.