WORLD US, EU announce tariff agreement on lobsters, other products

US, EU announce tariff agreement on lobsters, other products 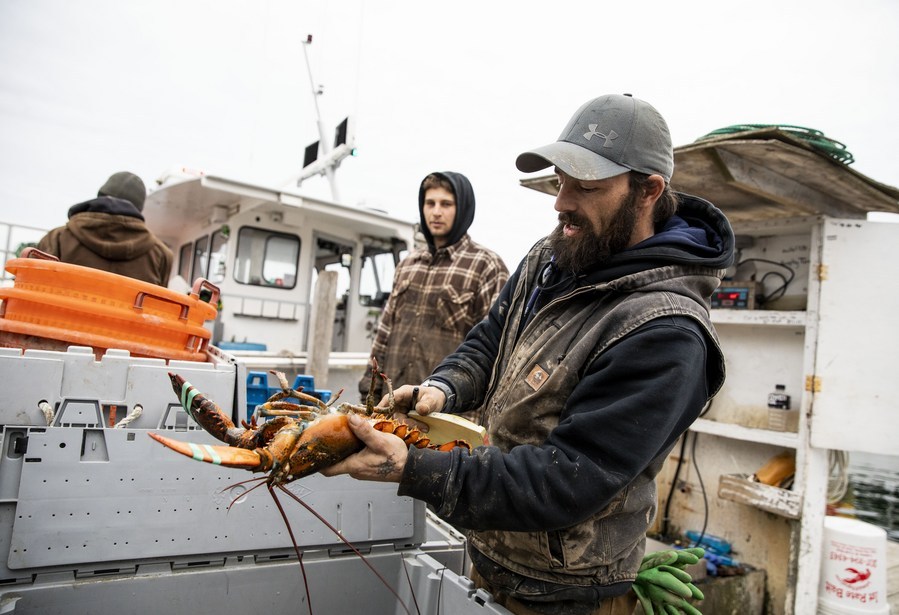 A worker of Stonington Lobster Coop examines a lobster at a dock in Stonington of Maine, the United States, Feb. 4, 2020.(Photos: Xinhua)

"As part of improving EU-US relations, this mutually beneficial agreement will bring positive results to the economies of both the United States and the European Union," USTR Robert Lighthizer and EU Trade Commissioner Phil Hogan said in a joint statement.

The United States and the European Union (EU) on Friday announced a tariff agreement on lobsters and other products in a bid to increase trans-Atlantic market access, calling "the first U.S.-EU negotiated reductions in duties in more than two decades."

Under the agreement, the EU will eliminate tariffs on imports of U.S. live and frozen lobster products for five years, retroactive to begin Aug. 1, according to the Office of the U.S. Trade Representative (USTR). U.S. exports of these products to the EU amounted to over 111 million U.S. dollars in 2017.

As part of the agreement, the United States will reduce by 50 percent its tariff rates on certain products exported by the EU worth an average annual trade value of 160 million dollars, retroactive to Aug. 1. These products include certain prepared meals, certain crystal glassware, surface preparations, propellant powders, cigarette lighters and lighter parts. 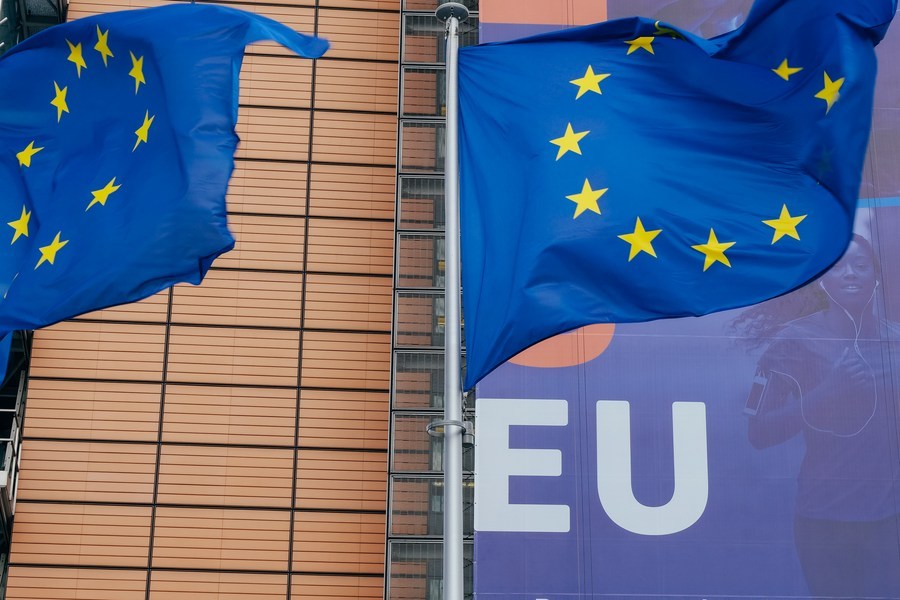 Flags of the EU fly in front of the headquarters of the European Commission in Brussels, Belgium, June 29, 2020.

"As part of improving EU-US relations, this mutually beneficial agreement will bring positive results to the economies of both the United States and the European Union," USTR Robert Lighthizer and EU Trade Commissioner Phil Hogan said in a joint statement.

"We intend for this package of tariff reductions to mark just the beginning of a process that will lead to additional agreements that create more free, fair, and reciprocal transatlantic trade," they said.

Wendy Cutler, vice president of the Asia Society Policy Institute and a former U.S. trade negotiator, on Friday said that these mini-tariff deals seem to be all about "catching up with lost market access due to our trade wars and sitting on the sidelines as others do preferential deals."

"There's so much more we could and should be doing with the EU on trade beyond lobsters," she tweeted.

The tariff agreement comes as trade tensions between the U.S. and the EU over aircraft subsidies and digital service taxes have intensified in recent months. After World Trade Organization (WTO) ruling on aircraft subsidies last year, the United States had levied additional tariffs on 7.5 billion dollars of European goods.