WORLD US: ‘Everything on table’ to block migrants at border

US: ‘Everything on table’ to block migrants at border 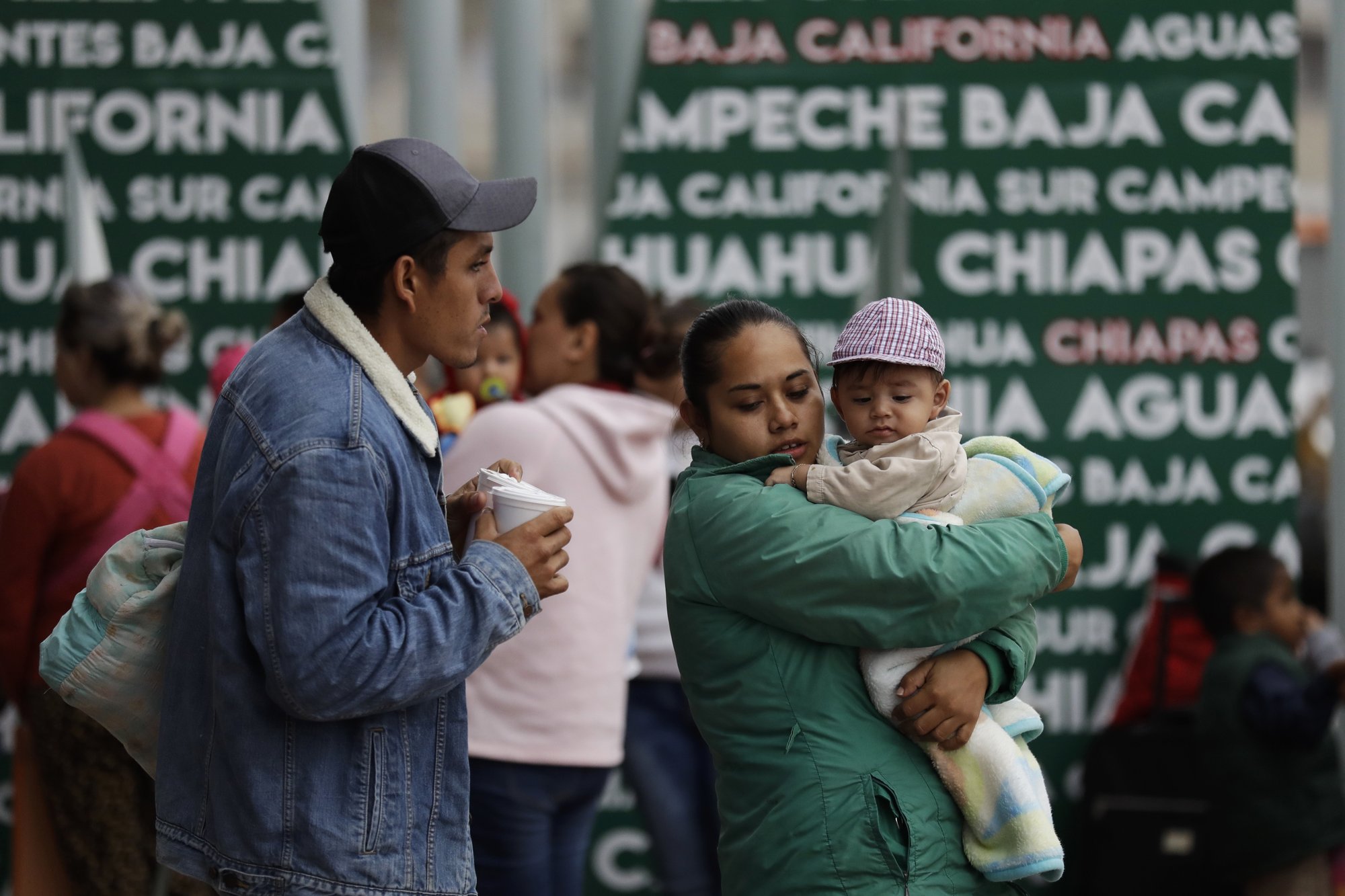 In this Oct. 23, 2018 image, people seeking asylum in the United States wait to receive a number at the border in Tijuana, Mexico. (Photo: AP)

Homeland Security Secretary Kirstjen Nielsen said Friday that “everything is on the table” as the administration considered new measures to stifle immigration at the US-Mexico border and send a message that a slow-moving migrant caravan bound for the United States will not be welcome.

“We are looking at every possible way within the legal construct that we have to make sure that those who don’t have legal right to come to this country do not come in,” Nielsen said. The caravan of migrants heading north through Mexico by foot is about 1,000 miles away and dwindling in numbers.

Nielsen spoke after the Pentagon approved a request for additional troops at the southern border, likely to total several hundred to help the US Border Patrol. She made the comments during a visit to Southern California, where she toured the first completed section of President Donald Trump’s 30-foot border wall in the El Centro Sector.

“I called up the military. We’re not letting them in, they ought to go back now because we’re not.”

One of the plans under discussion would use the same mechanism as Trump’s controversial travel ban to block migrants from seeking asylum in the U.S, according to two people familiar with the discussion. They spoke on condition of anonymity to discuss the idea, which they stressed was still in the early planning stages and had yet to be decided.

Defense Secretary Jim Mattis has signed off on a request for help from the Department of Homeland Security and authorized the military staff to work out details such as the size, composition and estimated cost of the deployments, according to a US official.

Mattis, who is traveling in the Middle East, is expected to approve the actual deployments after all the details are ironed out, according to the official, who spoke on condition of anonymity to discuss planning that has not yet been completed or publicly announced.

In a brief written statement the Pentagon gave several examples of assistance they would provide. These include barricades and fencing; helicopters and airplanes to move Border Patrol personnel, and medical teams to triage and treat patients and prepare them for commercial transport. It also will provide personal protective gear and temporary housing for Border Patrol personnel.

During her visit to the border, Nielsen told reporters, “Let me be clear, walls work.” She cited a decrease in those trying to cross in the area due to more formidable border wall infrastructure, more manpower and technology.

The president has stepped his focus on illegal immigration in the days leading up to the Nov. 6 elections that will determine which party controls Congress.

Asked whether the administration was seeking to ban certain people from entering the country or sealing the southern border completely, Nielsen said “everything is on the table.”

Any attempt by Trump to curtail the rights of migrants to seek asylum is bound to draw legal challenge. But Trump has pledged that he will not allow the migrants to cross into the US illegally, describing the situation as a national emergency.

Andrea Guerrero, executive director of Alliance San Diego, said it would be “a very drastic action that would have disastrous practical implications for our asylum obligations, for our moral and legal obligations.”

The additional troops, possibly numbering 800 or more, would provide logistical and other support to the Border Patrol, said the official. This likely would include military engineers, aviators and perhaps military police to assist with security. No combat forces are to be deployed, but because some troops may be armed for self-defense, Pentagon lawyers were working out rules governing the use of force before final deployment decisions are made, the official said.

It’s not unusual for the National Guard to help with border security. Although active duty troops are sometimes called on for domestic emergencies like hurricanes or floods, they rarely deploy to the southern border. Fears of militarizing the border were fanned by a May 1997 incident in which a Marine on a counter-narcotics mission shot to death an 18-year-old who was herding goats in Redford, Texas.

In the current situation, active duty troops will not be on armed security missions.

The additional members of the military would assist the Border Patrol by providing things such as vehicles, tents and equipment. There already are about 2,000 National Guard troops there under a previous Pentagon arrangement.

Trump earlier this year ordered the deployment of National Guard members to the US-Mexico border to respond to a spike in illegal border crossings. But those members remain under the control of the governors of the states where they’re positioned, and their activities are limited to supportive roles, such as providing surveillance.

DHS asked for help in various forms. It was not immediately clear why active duty forces were chosen, since National Guard troops can perform the same functions. Earlier this year Mattis authorized Pentagon funding for up to 4,000 National Guard troops on the border and thus far only a little over 2,000 have been used.

Federal law prohibits the use of active duty service members for law enforcement inside the US unless specifically authorized by Congress.