WASHINGTON - The US administration might discuss whether to send additional troops to the Middle East after two oil tankers came under attack in the Gulf of Oman on Thursday, US media reported Sunday. 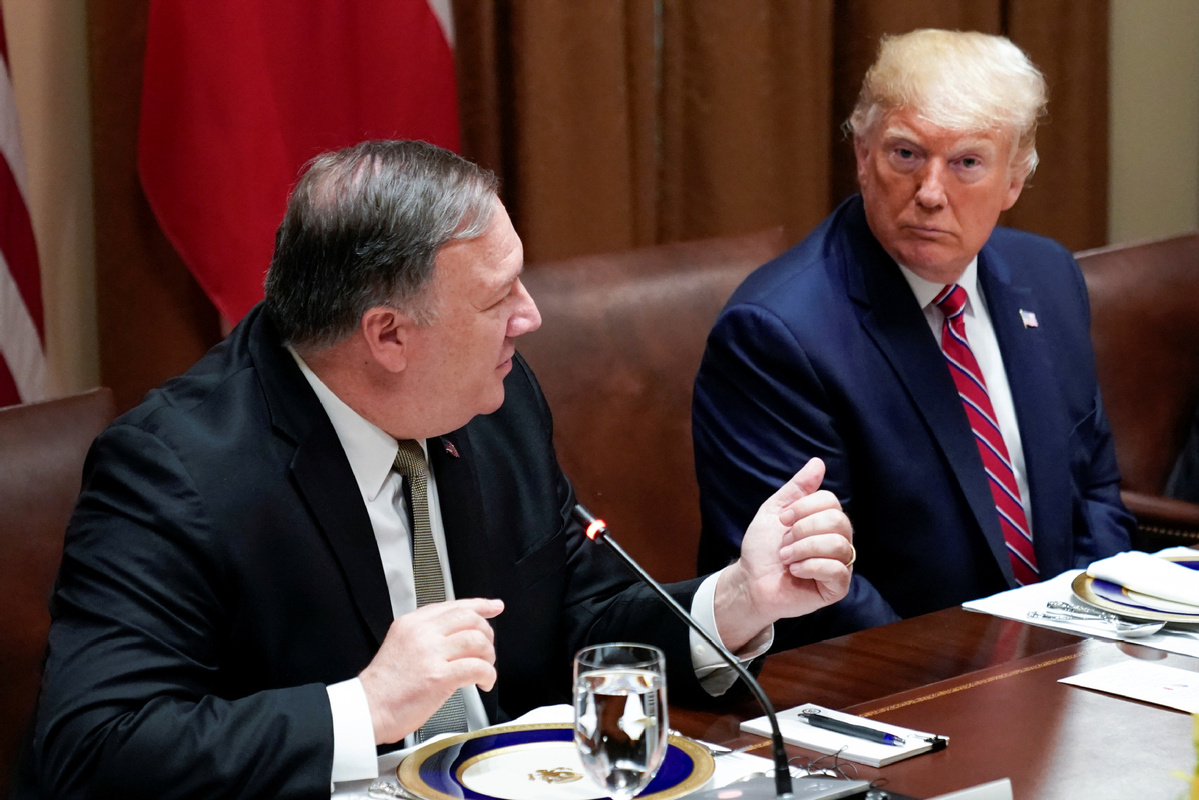 US President Donald Trump listens to US Secretary of State Mike Pompeo during a lunch meeting with Poland's President Andrzej Duda in the Cabinet Room of the White House in Washington, June 12, 2019. (Photo: Agencies)

Discussions are expected to be held in the upcoming week by the administration's national security team, television network CNN reported, citing two officials with direct knowledge of the discussions.

"The discussions are centering on the mission of deterrence and defense against Iranian aggression and what specific forces would be needed to conduct that mission," said the report.

The two officials revealed that the deployment of additional Patriot air defense system, fighter jets and ships could contribute to the "deterrence and defense against Iran."

During an interview on Sunday, US Secretary of State Mike Pompeo restated that Iran was behind the attacks on the two oil tankers, which Tehran denied.

Washington is considering a full range of options, including military ones, to respond to the attacks, said the top US diplomat.

On the same day, Pompeo also suggested that Washington should seek to prevent the ongoing tension with Iran from further escalation.

"President Trump has done everything he can to avoid war. We don't want war," he said.

Many analysts are worried that unintended incidents and miscalculations between Washington and Tehran might ultimately trigger military conflicts.

Earlier Thursday, two oil tankers were hit in the Gulf of Oman. At least one of them was operated by a Japanese company.

The attacks came amid Japanese Prime Minister Shinzo Abe's visit to Iran to help ease tensions between Iran and the United States.

In May, four commercial vessels reportedly suffered similar sabotage off the coast of the United Arab Emirates.

The Pentagon last month announced a decision to send to the Middle East 1,500 US troops along with Patriot systems, drones and fighter jets, a move called by US Acting Secretary of Defense Patrick Shanahan a "prudent response to credible threats from Iran."

Iran has vowed to withstand the US "bullying policies".