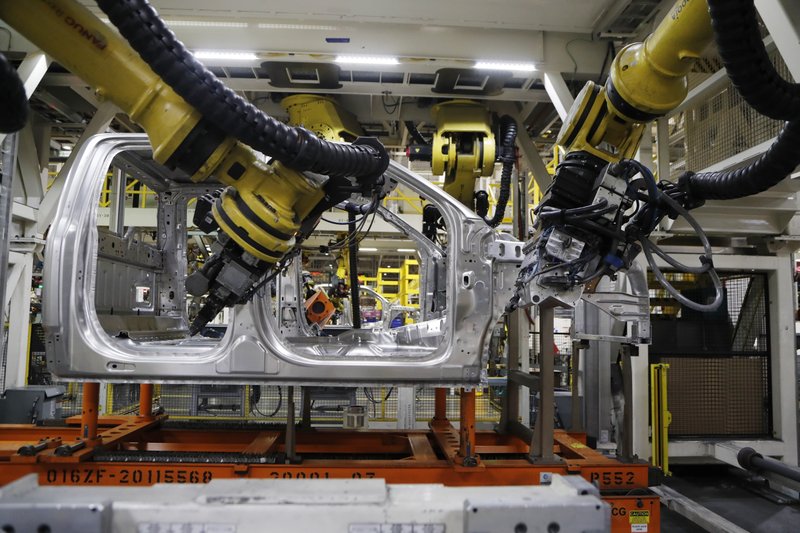 American manufacturers grew at a slower pace in October as factories contended with supply disruptions caused by disputes with China, Europe and other trading partners.

The Institute for Supply Management, an association of purchasing managers, said Thursday that its manufacturing index slipped to 57.7 last month — down from 59.8 in September and the lowest since April. It was the second straight monthly drop.

Still, anything above 50 signals growth, and manufacturers are enjoying a 26-month winning streak.

American industry is generally healthy, but respondents to the ISM survey suggested that trade disputes are taking a toll. The United States has imposed taxes on imported steel and aluminum and on about $250 billion in Chinese products, drawing retaliation from US trading partners.

Several companies complained that the tariffs are driving up costs and limiting supplies. Respondents also cited labor shortages and the strains that high demand is putting on their supply chains.

Timothy Fiore, chair of ISM’s manufacturing survey committee, said that “57.7 is not a bad number. But it’s not where we had been. We have been bouncing around the top. This may be the first indicator of a softening that may continue.”

“Between disruptions caused to the supply chain by tariffs and a strengthening dollar, the factory sector may cool off going forward after an extraordinary run in 2017 and 2018,” Stephen Stanley, chief economist at Amherst Pierpont Securities, wrote in a research note. “Nevertheless, even with a weaker-than-expected result in October, for now, the pace of growth for manufacturing remains robust.”

The economic backdrop for manufacturers remains healthy. Consumer spending on long-lasting manufactured goods was strong during the spring and summer, rising at an annual pace of 6.9 percent from July through September and 8.6 percent from April through June.

Factories are on pace to add more than 250,000 jobs this year, which would be biggest jump in manufacturing employment since 1997.