WORLD US 'failing' in COVID-19 battle

US 'failing' in COVID-19 battle 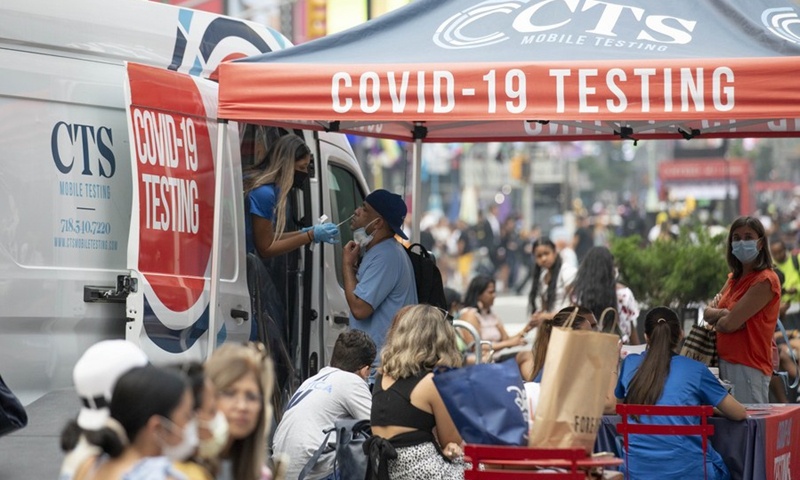 With the US recording its highest daily COVID-19 case load in six months, a top public health official warned Sunday that the country is "failing" in its battle to keep the coronavirus in check.

A surge of the highly transmissible Delta variant has brought a slew of bad news in the US, which already has the highest reported death toll worldwide from COVID-19 at more than 616,000.

Total daily new cases have soared to 118,000, their highest level since February; deaths are up 89 percent over the past two weeks, even while slightly declining around the world; and children's hospitals in US states like Florida are being overwhelmed as young people are increasingly affected.

"We should not really have ever got to the place we are," Francis Collins, director of the National Institutes of Health, said on ABC's "This Week."

"In that regard, yes, we are failing."

Fears about the Delta variant have sparked a surge in vaccination rates, but millions, especially in conservative-leaning areas of the country, remain skeptical about getting the shot.

"We would not be in the place we are right now with this Delta surge if we had been more effective in getting everybody" vaccinated, Collins said in statement.

Another top health official, infectious diseases expert Anthony Fauci, said final full approval of key vaccines from the federal Food and Drug Administration could come as early as August - something some skeptics have said that they need to hear before taking the plunge.

"I hope that it's within the month of August," Fauci told NBC's "Meet the Press."

For now, the coronavirus vaccines have been approved on an emergency use basis to counter the pandemic.

Fauci, who advises President Joe Biden on health matters, warned that failure to bring the Delta variant under control would increase the chances of a new variant emerging which "could be more problematic than Delta."

In a sign that fears are increasing about the surge in COVID-19 cases, organizers of the New Orleans Jazz Fest announced Sunday that the event set to take place on October 8-17 had been canceled.