WASHINGTON - The United States "has failed" to contain the COVID-19, said a report by American news website Vox on Tuesday. 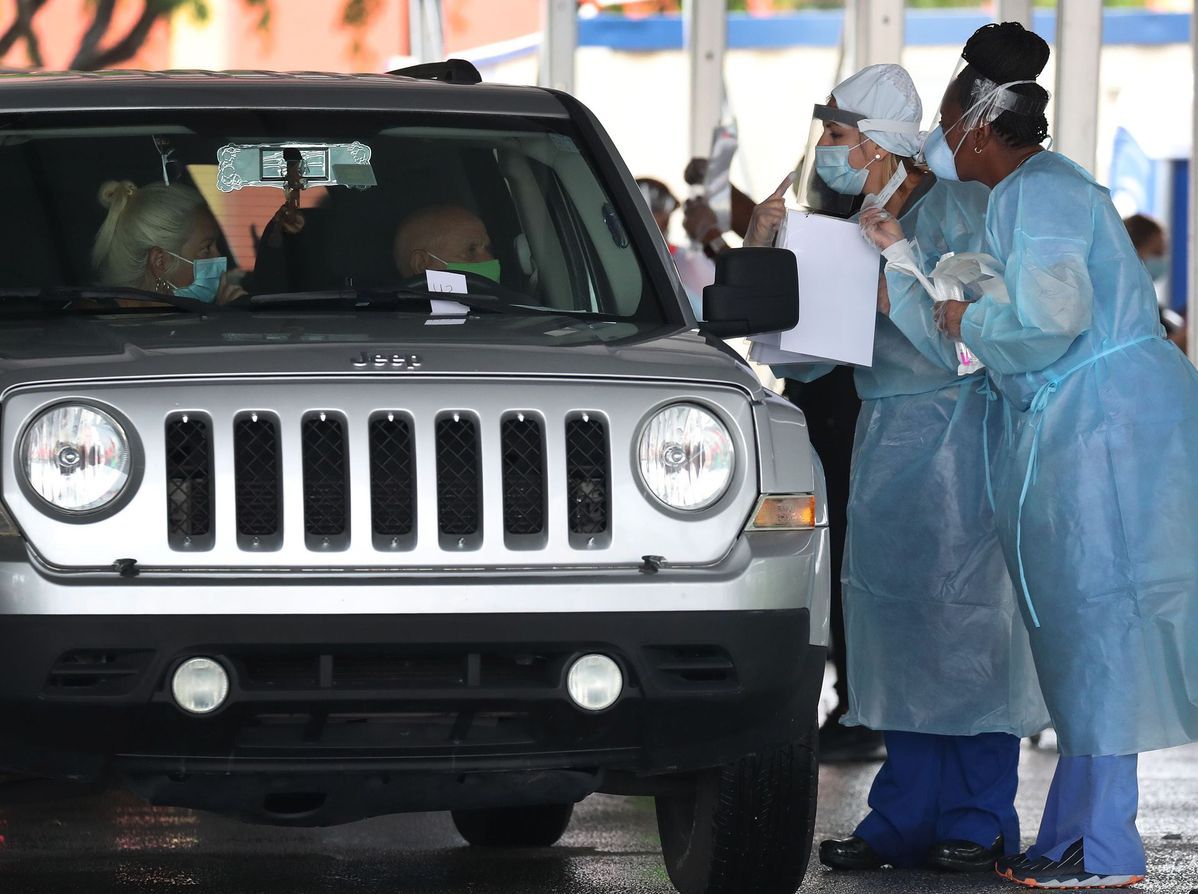 Health care workers direct people to use a nasal swab for a self administered test at the new federally funded COVID-19 testing site at the Miami-Dade County Auditorium on July 23, 2020 in Miami, Florida. [Photo/Agencies]

"It's now clear the United States has failed to contain its COVID-19 epidemic, with case counts far ahead of other developed nations and more than 1,000 deaths reported a day for over two weeks and counting," said the report titled "America's uniquely bad COVID-19 epidemic, explained in 18 maps and charts."

"It didn't have to be this way. In March and April, other developed countries had significant COVID-19 outbreaks, but they did a much better job than the US in containing the coronavirus and keeping it down after the virus arrived," the report said.

"So while some other developed nations have experienced upticks, they all pale in comparison to the massive surge in cases, hospitalizations, and deaths that the US has seen since May and June," it said.

According to the report, the US "did bring COVID-19 cases to a plateau, but not a significant decline, by April and May".

But then several states rushed to reopen, with a significant portion of the public not following recommendations for masking and physical distancing, it said.

The original hot spots were the New York region, but over time, as states moved to reopen, the virus shifted to the South, West, and eventually, the rest of the country, it said.

"Now America is stuck with the consequences, with the death toll likely to climb by the tens of thousands in the next few weeks and the possibility of another shutdown looming larger as the country heads into the fall and winter," it said.

Over 5.1 million Americans were infected with COVID-19 as the national death toll surpassed 163,000 as of Tuesday, according to a rally by Johns Hopkins University.