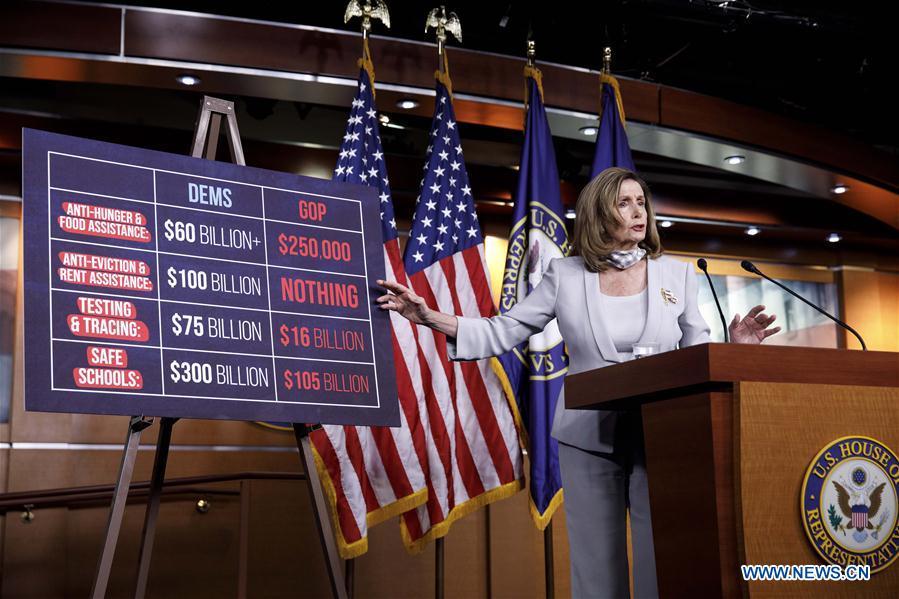 WASHINGTON - The impasse in US Congress over renewal of the expiring programs that mitigated the economic impact of the COVID-19 pandemic threatens to undo the stimulus effect of the programs and exacerbate the economic damage from the lockdown, according to a newly released study.

The two experts said if direct aid to households fall by 500 billion US dollars, they estimate that the impact would be "a deeper recession," a loss of GDP of 3.8 to 5 percent, and an associated 4 to 5 percent increase in the unemployment rate.

"US policymakers should at least maintain the earlier levels of income support to prevent further induced economic damage. In the current depressed state of the economy, destimulation is a very poor policy choice," they argued.

"No family in middle America is saying: 'Thank goodness the Democrats are blocking cash payments to me, money for my kids' schools, and money for vaccines until Manhattan millionaires get a tax cut!" Senate Majority Leader Mitch McConnell, a Kentucky Republican, said on Twitter Thursday.

"What American families everywhere want is an outcome," McConnell said.

House Speaker Nancy Pelosi, however, blamed the Republicans for "playing politics" and refusing to put families first. "It's time for them to get serious, meet us halfway & come back to the negotiating table," said the California Democrat.

In an attempt to circumvent Congress, US President Donald Trump on Saturday signed a series of executive orders to extend certain COVID-19 economic relief, but they are unlikely to provide a meaningful boost to the overall economy.