US FDA chief declines to back Trump's 'harmless' COVID-19 claim

WASHINGTON, July 5 (Xinhua) - US Food and Drug Administration (FDA) Commissioner Stephen Hahn declined on Sunday to back US President Trump's claim that 99 percent of COVID-19 cases are "harmless." 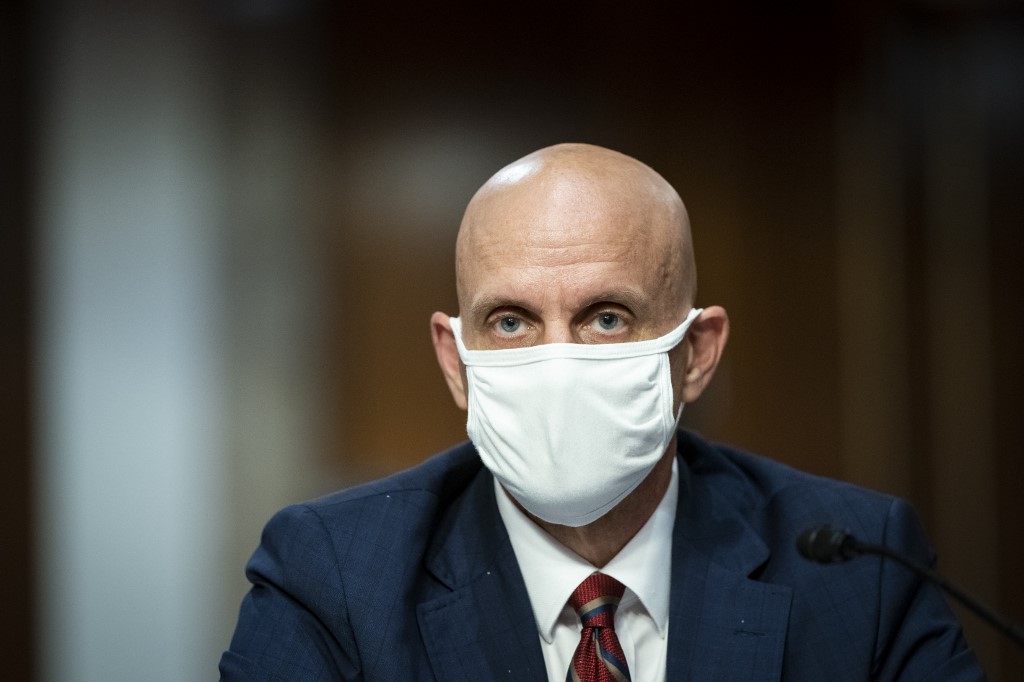 Stephen Hahn, commissioner of food and drugs at the US Food and Drug Administration (FDA), wears a protective covering during a Senate Health, Education, Labor and Pensions Committee hearing in Washington, DC, on June 30, 2020. (Photo: AFP)

When pressed by CNN's Dana Bash to respond to Trump's remarks at the White House that "99 percent of (COVID-19 cases) are totally harmless," Hahn refused to answer whether he thought Trump's remarks were true.

Instead, he said that data in the White House task force "show us this is a serious problem. People need to take it seriously."

COVID-19 infections have been surging in recent weeks in more than 30 US states including Arizona, California, Texas and Florida. According to the latest tally by Johns Hopkins University, the United States has registered almost 2.9 million cases with nearly 130,000 deaths.