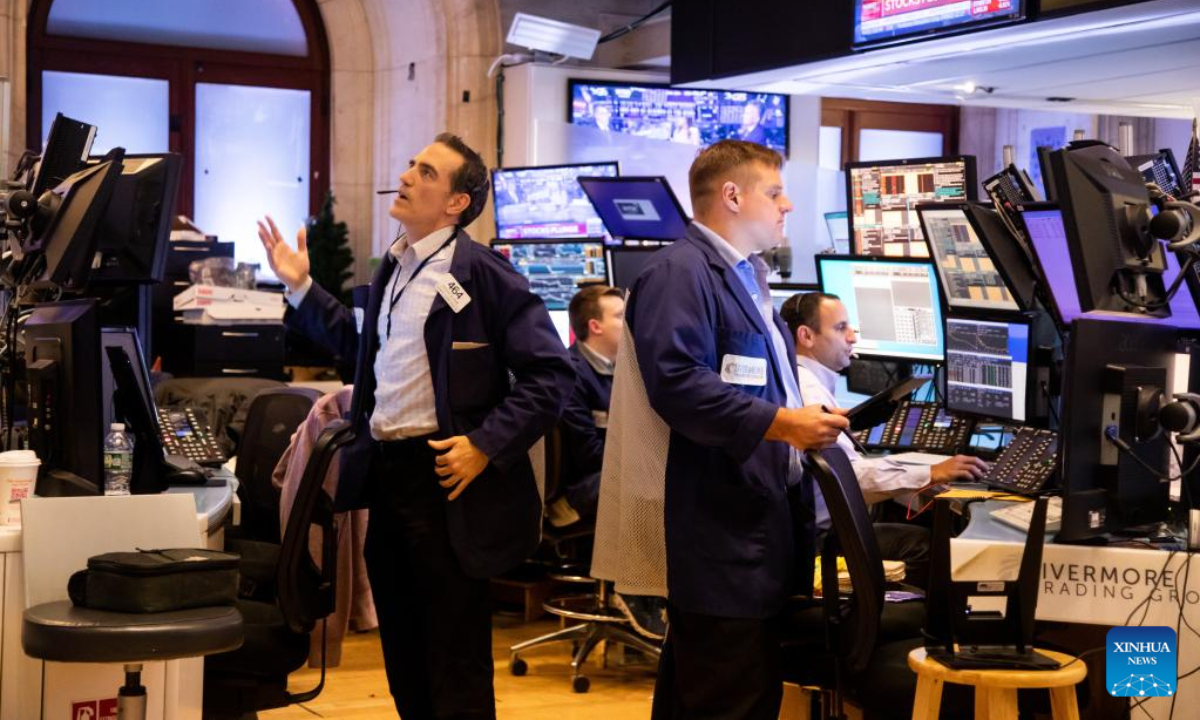 WASHINGTON, Sept. 21 (Xinhua) -- The U.S. Federal Reserve on Wednesday enacted the third consecutive three-quarter-point rate hike, as it continues to ramp up its fight against surging inflation.

The Federal Open Market Committee (FOMC), the Fed's policy-setting body, decided to raise the target range for the federal funds rate to 3 to 3.25 percent and "anticipates that ongoing increases in the target range will be appropriate," the Fed said in a statement after a two-day policy meeting.

The statement showed that all 12 committee members voted for the decision.

The Fed's latest action came after it raised the benchmark interest rate by three quarters of a point (75 basis points) at both its June and July meetings, marking the boldest move in decades.

"My main message has not changed at all since Jackson Hole," Fed Chair Jerome Powell said at a press conference Wednesday afternoon, referring to his annual policy speech in late August, when he said historical record cautions strongly against "prematurely loosening policy."

"The FOMC is resolved to bring inflation down and we will keep at it until the job is done. So, the way we're thinking about this is the overarching focus of the committee is getting inflation back down to 2 percent," Powell told reporters.

To accomplish that, the U.S. economy will see a period of growth below trend and softening in labor market conditions, he said.

The Fed's newly released quarterly economic projections showed that the median FOMC projection of GDP growth this year is 0.2 percent, a further downgrade from the 1.7 percent projected in March, indicating less confidence about a soft landing amid rising rates.

The projections also showed that Fed officials' median projection of unemployment is 4.4 percent by end of 2023, an upward revision of 0.5 percentage point from the June projection.

"That's a very slow level of growth and it could give rise to increases in unemployment. But I think that is something that we think we need to have," said Powell.

"If we want to set ourselves up, light the way to another period of very strong labor market, we have got to get inflation behind us. I wish there were a painless way to do that. There isn't," he said.

The Fed chief also acknowledged that restoring price stability while achieving a relatively modest increase in unemployment and a soft landing would be "very challenging."

"No one knows whether this process will lead to a recession or if so, how significant that recession would be," he said. "The chances of a soft landing are likely to diminish if policy needs to be more restrictive or for longer."

The Fed's latest move came as recent consumer inflation data surprised to the upside. The Consumer Price Index in August surged 8.3 percent from a year ago, slightly down from the previous month but still at an elevated level.

Powell said the Fed will be looking for "compelling evidence" that inflation is moving down. "At some point as the stance of policy tightens, it will be appropriate to slow the pace of increases while we assess how our policy adjustments affect the economy," he added.