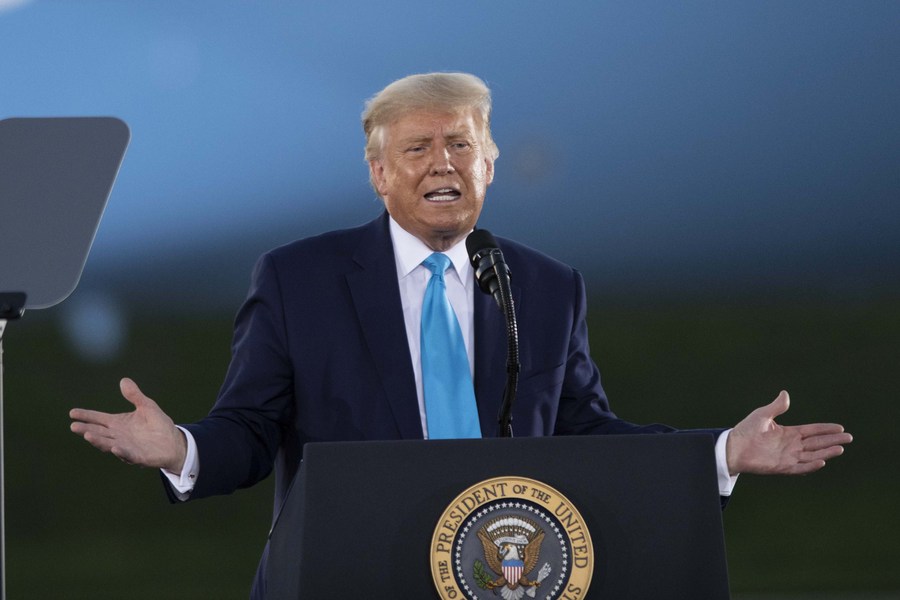 Judge Amit Mehta of the U.S. District Court for the District of Columbia ruled in his 53-page decision that the objectives identified in the House Oversight and Reform Committee's subpoena, first issued in April 2019 and renewed by Chair Carolyn Maloney in March this year after the previous one expired, "present only a limited need for President Trump's financial records," and thus "cannot justify the degree to which the Maloney Subpoena imposes on the separation of powers."

"The more Congress can invade the personal sphere of a former President, the greater the leverage Congress would have on a sitting President," the judge added.

The ruling, meanwhile, upheld the subpoena to the extent that it sought information about Trump's lease with the General Services Administration (GSA) for his D.C. hotel property and whether he violated the Constitution's emoluments clauses.

Mehta, who was appointed by former Democratic President Barack Obama to the D.C. court, therefore ordered Trump's accounting firm Mazars USA to hand over its client's personal and corporate tax and financial records covering the period between 2017 and 2018 - those that correspond to the aforementioned justifications.

Unlike the part of the committee's request turned down by Mehta citing "unavoidable" potential threat for a president, issues related to the GAS track of the case, the judge argued, were "unique" to Trump.

"By freely contracting with GSA for his own private economic gain, and by not divesting upon taking office, President Trump opened himself up to potential scrutiny from the very Committee whose jurisdiction includes the "management of government operations and activities, including Federal procurement," he wrote.

Intervening in the case, the Supreme Court last year said lower courts were too quick to side with House committees seeking Trump's financial records. The justices advised lower court judges to more cautiously balance the interests of the executive and legislative branches, standards seemingly followed by Mehta in his Wednesday ruling.

The ruling, which could be appealed by either side, came after the Justice Department opined at the end of July that the House Ways and Means Committee's request for Trump's tax returns is legitimate, directing the Treasury Department to release those records. Trump's lawyers have since joined the legal fight, aiming to shield the information.

In February, Trump lost his final bid in the Supreme Court to conceal his tax returns and other related documents from a district attorney in Manhattan probing a criminal case against him. As a result, those records covering the period from 2011 to 2019 have now been in the hands of District Attorney Cyrus Vance.