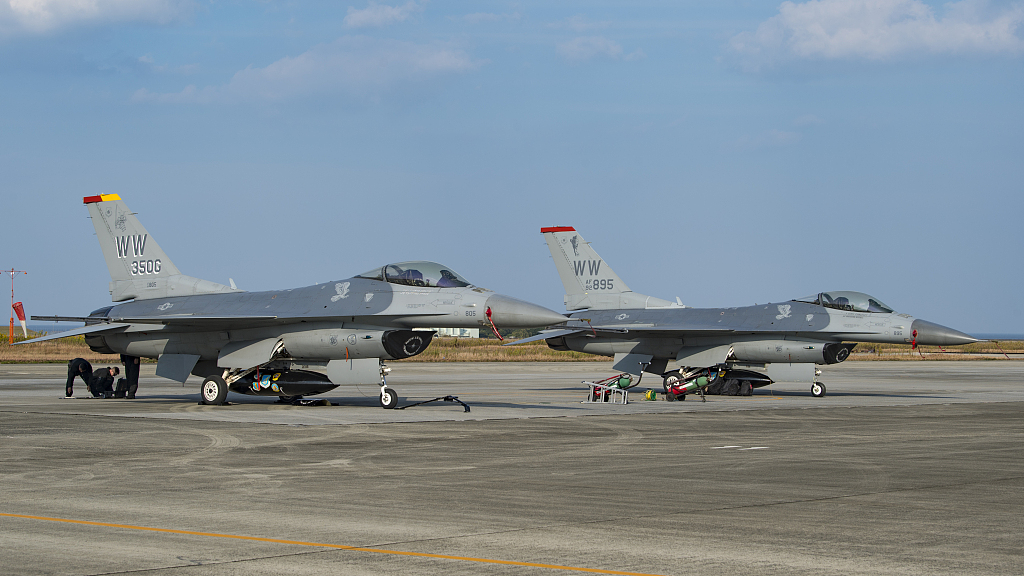 "The dropped object is quite heavy and it must not happen. We will ask the U.S. side to take effective measures to prevent similar incidents from happening again," Japan's top government spokesperson Chief Cabinet Secretary Yoshihide Suga told a press briefing on the matter.

An on-site investigation of the incident, which occurred outside a recognized firing and bombing range near Misawa Air Base, in Aomori Prefecture, is also underway, Suga said.

The defense ministry lodged a protest with the U.S. military over the incident, which occurred north of the base at around 6:30 p.m. local time on Wednesday.

According to the U.S. military, there have been no immediate reports of injury or damage as a result of the mishap, but bombing drills by U.S. aircraft stationed at the Misawa base have temporarily been suspended.

An "F-16 at Misawa released a device 5 kilometers from the Draughon range late Wednesday," The U.S. Forces said in a Tweet on the matter.

They notified the Japanese government on Thursday morning and said, for their part, the investigation into the cause of the incident is still underway.

The Aomori prefectural government said the 200 kg object was found about 5 km west of the bombing range on private land.

The Draughon range, administered by the United States, according to the defense ministry here, is the only area on the Japan's main island of Honshu where air-to-ground firing and bombing can be conducted.